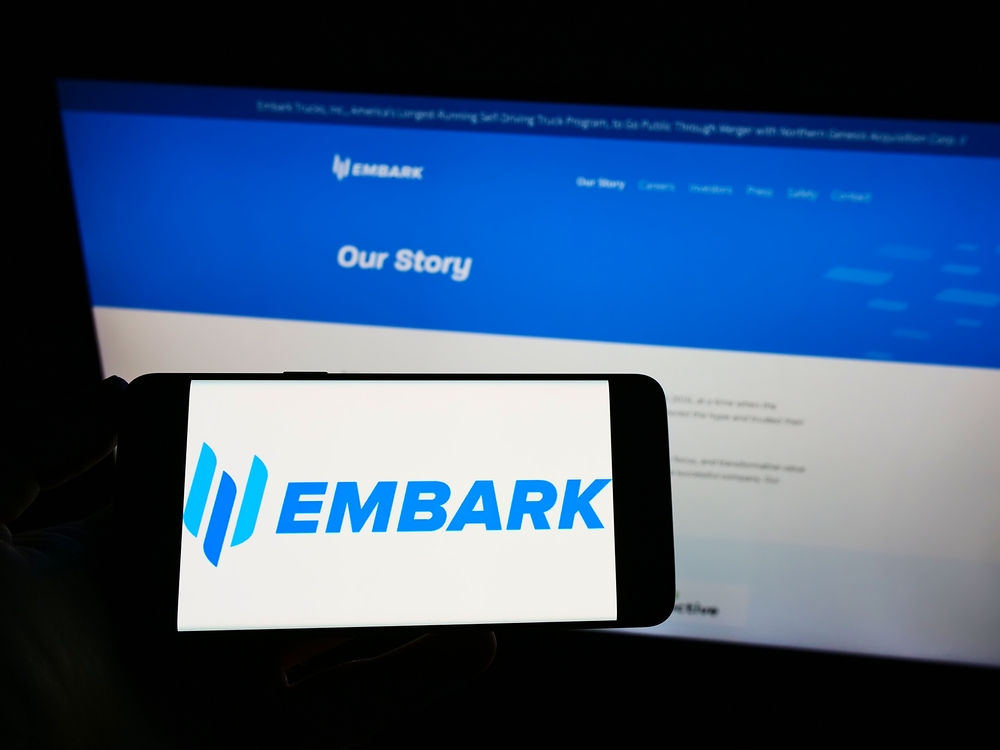 Not only is 26-year-old Alex Rodrigues, founder and chief executive of Embark Technology, now the youngest CEO of any Wall Street-listed company but his company was valued at $5 billion. That made Embark, which develops software and services for self-driving lorries, more valuable than most of the companies in the FTSE 250 including the likes of Mike Ashley’s Frasers Group and almost as much as British Gas owner Centrica.

Embark listed on the Nasdaq yesterday after a blank cheque merger with a special purpose acquisition company (SPAC). It was a bruising first day yesterday and the Embark Technology share price dropped over 11% to take the start-up’s market capitalisation down to $4.55 billion. But it is very early days for the young CEO who will remain focused on Embark’s long term prospects.

Yesterday Rodrigues, who co-founded Embark in 2016 alongside the company’s chief technology officer Brandon Moak, said he sees the revolution in global logistics that inspired the pair to start their journey having reached an “inflection point”.

Whatever the future has in store for Embark and its young management team Rodrigues has already more than justified his decision to drop out of college and move to San Francisco five years ago. He appears to have always been something of a prodigy, beating off much older competition to win robots competitions as a child and developing a self-driving golf cart by the time he was 19.

He told Forbes he still shares a home with two roommates, has Lego in his bedroom and uses a bike not a car. The ‘nicest things’ he owns are, he revealed, a Peleton exercise bike system and a leather jacket he was gifted by Sequoia, the Silicon Valley venture capital giants that are a major investor in Embark.

Rodrigues’s belief that the inflection point his company’s future success is closely tied to has been brought forward by the haulage sector mess that has hit international supply chains in the wake of the Covid-19 pandemic. He says it has demonstrated the necessity of change in an industry that hasn’t changed significantly in decades. Embark’s software is designed to increase lorry fuel efficiency, reduce delivery times and, ultimately, increase revenue per lorry and journey for operators.

The software is still being perfected and the company is yet to generate any sales revenues but Rodrigues and Moak are confident in their company’s future prospects with the former this week telling U.S. television network CNBC:

“What we’ve heard from investors is people are really understanding the need here and there is a huge amount of excitement about the potential to revolutionise the way logistics works. We are really at an inflection point now, where it’s really starting to affect everyday people.”

Embark’s SPAC merger raised $614 million which will be invested in taking the fight to competitors including Aurora Innovation and TuSimple, both of which also listed this year via their own blank cheque mergers.