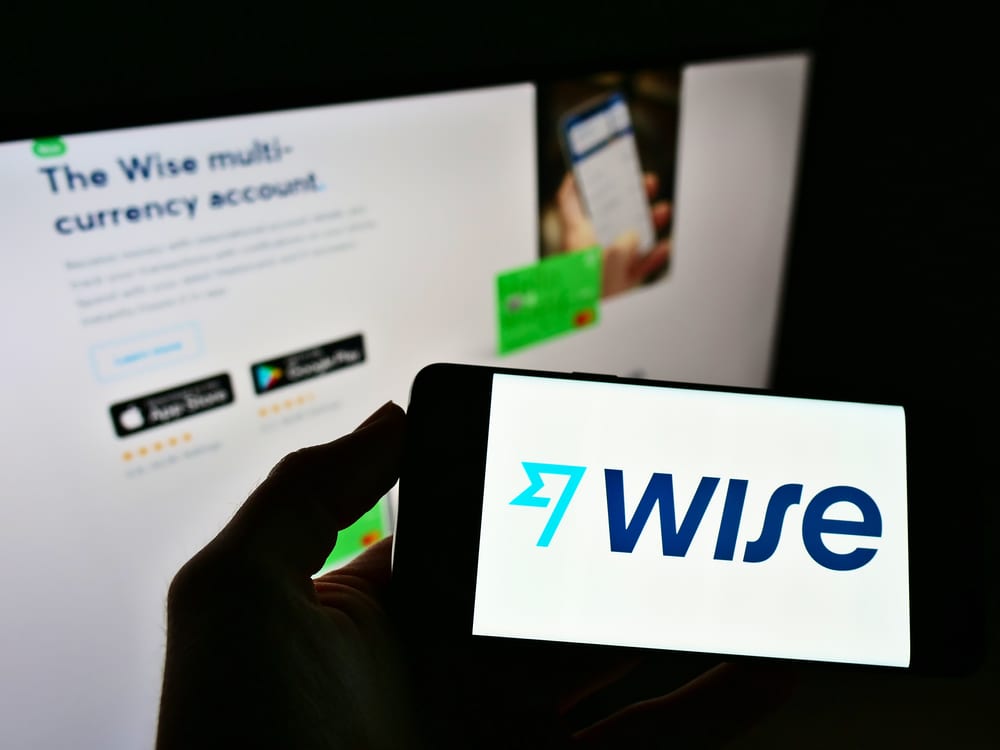 International money transfer fintech Wise (formerly Transferwise) made its debut on the London Stock Exchange yesterday through a rare direct listing that skipped the usual IPO process and let the market decide on the company’s valuation. It could have been a risky move with predictions on how the market would value Wise ranging from between £4 billion and £10 billion.

In the end, following an alternative private auction process that saw a reported 24.2 million ordinary shares in the company change ownership, the first official traded share price for the stock was 800p. That equated to a total market capitalisation of £8 billion for Wise, towards the top end of the estimated value range. That represented a return of over 100% on the £3.6 billion valuation Wise last sold equity at as a private company.

The Wise share price had reached 872p by the end of the day and opend at 890p this morning before dropping back to the 870p level. At their initially traded 800p level, the 18.8% and 10.9% holdings in the company still owned by Estonian co-founders Kristo Kaarmann and Taavet Hinrikus ahead of the direct listing were worth £1.5 billion and £872 million respectively. 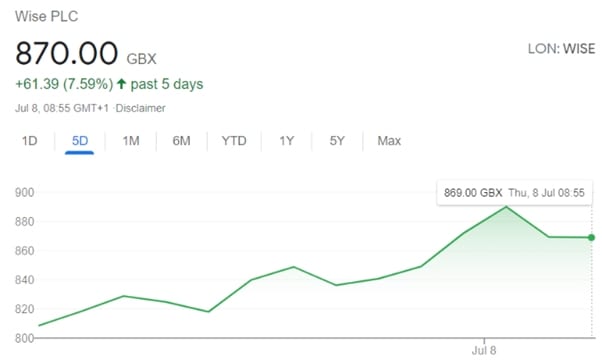 A relatively small number of the company’s shares were released onto the stock exchange yesterday but demand was high enough to see the share price gain almost 10% through the course of the day. A share incentive scheme offered to the company’s customers was also oversubscribed and 125,000 applicants had to be whittled down to 100,000 via a lottery that saw 25,000 miss out.

Wise’s strong start to life as a public company means it is already worth as much as Hargreaves Lansdown, the UK’s largest investment platform, and housebuilder Barratt Developments.

Its valuation would have qualified it as an immediate member of the FTSE 100 but Wise will not join the benchmark index for the foreseeable future because of its dual-class share structure that gives the stakes of the company’s co-founders additional voting power. Wise also doesn’t currently have enough shares trading freely to meet FTSE 100 liquidity requirements. Existing shareholders yesterday sold equity adding up to just 2.4% of the company’s issued stock.

Direct listings are relatively rare but other major technology companies including music streaming service Spotify and teams collaboration tool Slack also opted for the approach when they went public in 2018 and 2019. It’s cheaper and easier than the book building process of an IPO but riskier.

A company can always back out of an IPO if it doesn’t find enough investors willing to meet the minimum valuation it wants to achieve. That’s not an option in a direct listing, with the market immediately left to decide on how it values the newly listed shares.

Wise is a platform for private individuals and SMEs to make cross-border transfers including currency exchange at much better rates than traditionally offered by high street banks and currency exchange services. The fintech says it has 10 million customers and saw its pre-tax profits over the year to the end of March more than double to £41.1 million.

Shell promises to hand over billions to shareholders