A New Device Made in Finland Could Signal End of PCs 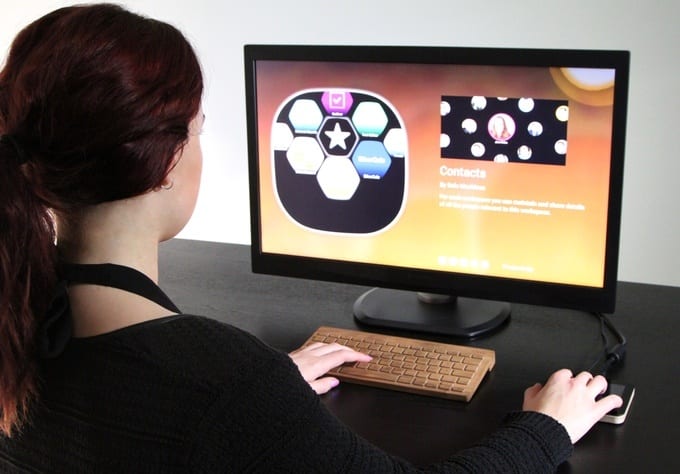 PC stands for personal computer even though its size and volume does not allow people to carry it like a person al device. But if the small computing box made by a team of scientists in Finland is anything to go by, time is not far off when people will be able to carry their computers in their pockets. They gave com e up with a small pocket device called Solu that can be described as a pocket computer. The team has put Solu on Kickstarter to receive funds to be able to mass produce it in future.

Solu is a wooden box with a screen that works as a computer on its own though you can also connect it to a larger screen if you so desire. The operating system of this computer is called SoluOS, which is a Linux based kernel. David Lee, who is a technology reporter for BBC for North America, said that it is an attempt to reinvent PC as the Finnish team has tried to inject computing power in a Touchscreen device. Good thing about this device is that it becomes a controller when you hook it to a large screen. Input methods when connected to a larger monitor are swiping, pinching, and tapping.

You will not see folders that you are used to

One of the most exciting inventions with this small computing machine is the use of mind maps in place of traditional folders to keep files inside. Folders are one of the things that Solu does away with as someone used to home computing becomes surprised while handling this small computing machine. One of the most remarkable ideas with Solu is that it does away with the requirement of sending and receiving emails as it allows people to work simultaneously on a document at the same time. This has been possible with the help of cloud computing.

Specs are nice and latest

As far as specifications are concerned, this wooden box is fitted with a 2.3 GHz quad core ARM cortex processor, 4 GB RAM, 32 GB internal memory, Bluetooth 4.0 and Wi-Fi 802.11a/b/g/n for connectivity. This little computer produces a resolution of 1440X1440 pixels and it is fitted with a decent 1200mAh battery to last for a long time.

You need to pay a monthly fee to use Solu

With so much on offer, it is natural for the readers to become interested in the price of this small mean machine. Well, the makers of this small computer are not interested in selling their computer in lieu of a onetime payment. They want to receive a monthly fee from their customers for using the software. They want to set this monthly fee at around $22 -$23. Developers will get their slice of fee out of this monthly subscription.

What this subscription fee suggests is that the developers are planning to introduce this computer not as a product but as a service. Customers will not only be allowed to use the device but also all the apps and the cloud storage that they get along with the subscription. Good news for the buyers is the fact that they will not encounter advertisements and in app purchases when using Solu.

If you go through the listing on Kickstarter, you will know that Solu along with its charging device would be available to customers for a price of $398. This is a big amount for many who would feel they can easily buy good quality smartphones in this much money. But developers are offering three month subscription in this amount. Delivery of the product would commence from May 2016.

Four Tips to Find the Best Investor for a Startup

That the international travel sector is, thanks to the Covid-19 pandemic, in a bit... END_OF_DOCUMENT_TOKEN_TO_BE_REPLACED

With a growing number of economists arguing there is a high chance we are... END_OF_DOCUMENT_TOKEN_TO_BE_REPLACED

While most still caveat the argument with the get-out clause it is far from... END_OF_DOCUMENT_TOKEN_TO_BE_REPLACED

Natural gas prices have rocketed with Russia accused of managing supply to drive up... END_OF_DOCUMENT_TOKEN_TO_BE_REPLACED

After their valuations boomed in 2020, the UK’s online fast-fashion giants of Asos and... END_OF_DOCUMENT_TOKEN_TO_BE_REPLACED