A Takeover Makes a Share’s Price Fly and It Is Takeover Season. Want to Buy the Next Target?

Over the weekend leading up to Monday April 30th, it was reported that Sainsburys, the UK’s second largest supermarket chain by market share, would merge with Walmart’s Asda, a close third. Sainsburys shares opened on Monday over 13.5% to the good, a gain that had risen to over 15% by the next day. When UK chip-making giant ARM Holdings was bought by SoftBank Group in 2016, its share price saw a 46% boost from its closing price the day before the takeover bid was launched.

Takeovers and mergers are often a shareholder’s best friend. To convince the board of a target to sell-up, a premium on the market value at the time of the approach has to be offered. Sometimes that can be a significant premium and share price soars to reflect that. The buying company, or senior partner in a merger, like the recent case of Sainsburys, can also see its share price surge if the market thinks the deal will be beneficial to subsequent revenues and profits. Quoted in The Telegraph, James Illsley, UK funds manager for JPMorgan Asset Management stated:

“The general starting point in the UK tends to be a 30pc premium to the prevailing stock price”.

Understandably, anyone investing online in equities would be more than happy with a 30%+ return on one of their holdings. But is there any way investors can pre-empt a takeover bid? How would you go about specifically targeting the shares of companies that have a good chance of being subject to a takeover bid?

Takeovers and mergers between companies can happen at any time but there are concentrated periods of particularly high activity. We’re in one at the moment. Software company Fidessa have also just accepted a bid that values the company’s shares at a 70% premium to their pre-bid level. 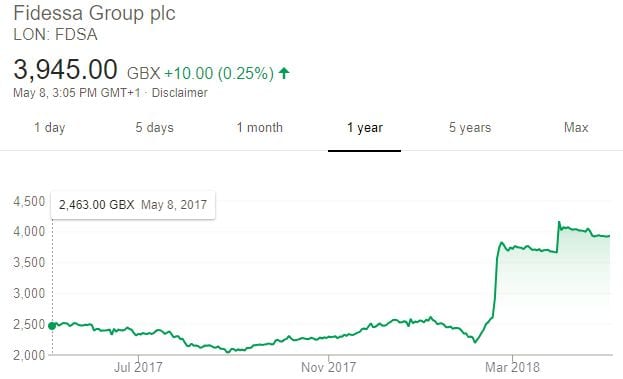 In this article we’ll look at the wider market conditions that prompt a flurry of takeover activity and how to spot the companies that are the most likely targets.

Market Conditions that Promote Takeover Deals
Since the financial crisis sent stock markets around the world plummeting a decade ago, global equity markets have been on a phenomenal bull run. After a blip in 2015, that trend has intensified over the past two years. As UK stock broker The Share Centre’s investment analyst Helen Miah remarked yesterday when her company published research showing the UK’s 350 largest companies had achieved record profits over Q1 this year:
“The global economy is on a tear right now, with synchronised expansion in most of world’s key regions”. 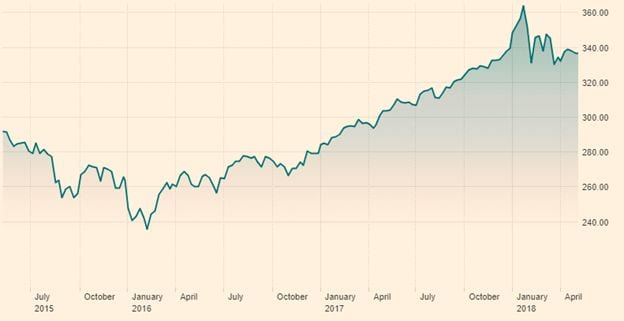 The USA’s equity markets boomed in 2017, as did those in the Eurozone and Japanese companies, after decades of stagnation, have roared back to growth, turbo-charged by Prime Minister Abe’s aggressive policy of quantitative easing. Japan’s economy is in the midst of its strongest period of sustained growth in 28 years. It’s no coincidence that Shire’s suitor is a Japanese company and that the deal is set to become the highest value acquisition every made by a company listed on the Tokyo Stock Exchange.

Despite strong global growth forecast to continue into the foreseeable future, 2018 has seen the return of volatility to stock markets. Companies are under pressure to maintain their recent growth rates and as the economic cycle matures, and they get bigger, it becomes harder for them to do so organically. Interest rates starting to rise again means that the window of opportunity for companies to fund growth by borrowing cheaply is beginning to close. Add to the mix that Brexit concerns mean London-listed companies are currently valued significantly more cheaply than foreign peers with comparable financials and the pound is also a lot cheaper than it was a couple of years ago. That coming together of multiple incentives results in London-listed companies being an obvious take-over target in 2018.

Which UK Companies Might Be Next to Receive a Takeover Bid?
Of course, it is impossible to know with any certainty if a company will receive a takeover bid over the course of 2018, or even over a longer timeframe. However, it is certainly possible to narrow down the field by looking at the factors that mean a company is a more likely takeover target. Finding a company another company is likely to want and be willing to pay a premium for far from an exact science.

Logging into your online stock broker and buying shares in companies purely because you think they are prime takeover targets is also most definitely not the way to achieve consistent returns. And quite probably not even short term returns. However, there are qualities in companies to look for that increase the chances they may be subject to a takeover bid. As luck would have it, they are also qualities that, along with solid finances, good management and growth, mean that the companies that possess them are likely to be good long term investments even if they don’t receive a takeover bid any time soon. The more of these boxes a company ticks, the more attractive it is likely to be to takeover.

So, what should you look for?

2) A strong supply chain: companies that have superior supply chain management to peers or groups with companies in different sectors are attractive. A potential buyer may either want that supply chain for their own competitor brand or the know-how to replicate it.

3) Being a key part of a valuable supply chain: ARM Holdings is the perfect case in point. While Apple, who were ARM’s biggest client, brought microchip manufacturing in-house, ARM’s chips were still among the biggest sellers in the world. And the combination of having lost a huge client and IoT meaning demand for microchips is rapidly expanding, made them an obvious target. That’s a good lesson. Companies that form a crucial part of another bigger company’s supply chain, especially if what they produce has a growing market, are a good bet.

4) Projected Income Contractually Secured: companies whose forward guidance on income is locked in through contracts are very attractive takeover propositions. If contracts account for 70% or more of projected income, and the longer term the contracts the better, a buyer can both rely on being able to use that income to service any debt taken on to finance the acquisition and boost their own share price by bumping the security of future combined revenues.

5) Undervalued in Comparison to Peers/Fundamentals: companies, like those listed in London, which are cheaper for no tangible reason other than the vagaries of market sentiment are more attractive takeover targets. Right now UK-listed equities are cheaper than equivalent companies around the world simply because global asset managers appear to have an entrenched negative position on the UK due to Brexit fears. Another common reason markets undervalue companies is a recent rough patch, the factors behind which have since been resolved, which has still gone unrecognised by the wider market.

6) Founder CEOs Approaching Retirement Age: finally, if a company’s founder is still a major shareholder, the bigger the better, and approaching retirement age, the company may be much more open to a takeover approach than before. That is especially the case if the founder still holds a senior role, such as company CEO. A takeover can be a convenient way for founders with large holdings to cash out and enjoy retirement.

Be a Property Investment Winner Despite the Slow Market: Buying & Selling

Despite the ravages of the Covid-19 pandemic the UK’s renewable energies generation capacity grew... END_OF_DOCUMENT_TOKEN_TO_BE_REPLACED