Elliott Management, the U.S. activist investor hedge fund that has built up a multibillion-pound stake in British pharmaceuticals giant GlaxoSmithKline, yesterday broke cover to serve the board with a list of demands. The 17-page letter highlighted what Elliott sees as weaknesses holding the company back from realising more value for investors and called for a major shakeup of its board. 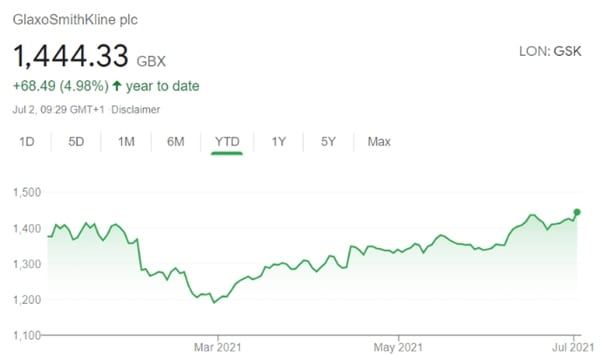 Elliott’s open letter, addressing GSK chairman Sir Jonathan Symonds, was damning in its assessment of what it called years of “severe” underperformance and “under-management”.

The result of poor leadership over the company’s recent history was responsible, said Elliott, for its share price, which rose 1.3% yesterday after the open letter had been published, underperforming “every single peer over nearly every conceivable timeframe”.

Elliott did support the strategy of GlaxoSmithKline’s management to separate out its consumer healthcare unit for the rest of its business, announced at last week’s capital markets day. However, the hedge fund asked the board to consider an outright sale of the business, rather than spinning it out as a second public company GSK is the majority shareholder of.

And while stopping short of openly asking for chief executive Dame Emma Walmsley to step down, Elliott did demand an overhaul of the board, which it believes is needed if it is to be “fit for purpose”.

The central recommendation was for the appointment of non-executive directors with “deep biopharma and consumer healthcare expertise”.

Dame Emma’s background is in consumer healthcare and doubts have been raised as to whether she is the right leader for ‘New GSK’, which will consist of only the pharmaceuticals and vaccines businesses once the consumer unit is spun out next year.

Elliott has held its multi-billion stake in GlaxoSmithKline for several months now but has so far refrained from commenting or making its views public. The company yesterday said it had been conducting “extensive diligence” over the period, which included speaking to former executives, other major shareholders and investment banks.

It has reached the conclusion that if GSK follows its recommendations it could “unlock” up to 45% of share price value being missed out on by the time the consumer business is separated out next year. And, Elliott believes, “much more in the years beyond”.

Elliott’s move looks to have split investors, some of whom sympathise with the hedge fund’s misgivings over Dame Emma as chief executive and the need for a broad overhaul of the board. Others, including Royal London Asset Management and M&G Investments, have stated public support for the ability of the company’s current management to realise the strategy set out during last week’s capital markets day.

“Management is capable of meeting these targets and should be given the space and time to deliver value from the assets based on the strong groundwork they have already put in place. We think a change in management would serve no purpose as we can’t see how a new team would be more effective.”

GSK itself responded by telling Elliott all the weaknesses highlighted by Elliott had been identified internally by 2017 as “legacy issues”, that were being addressed by the transformation programme announced the week earlier. A statement from GSK read:

“We believe our shareholders are supportive and they are focused on GSK executing it without distraction or delay.” The spokesman added the company would respond “more fully in due course”.

Fund managers at Schroders and Fidelity are reportedly among those sympathetic to Elliott’s position.