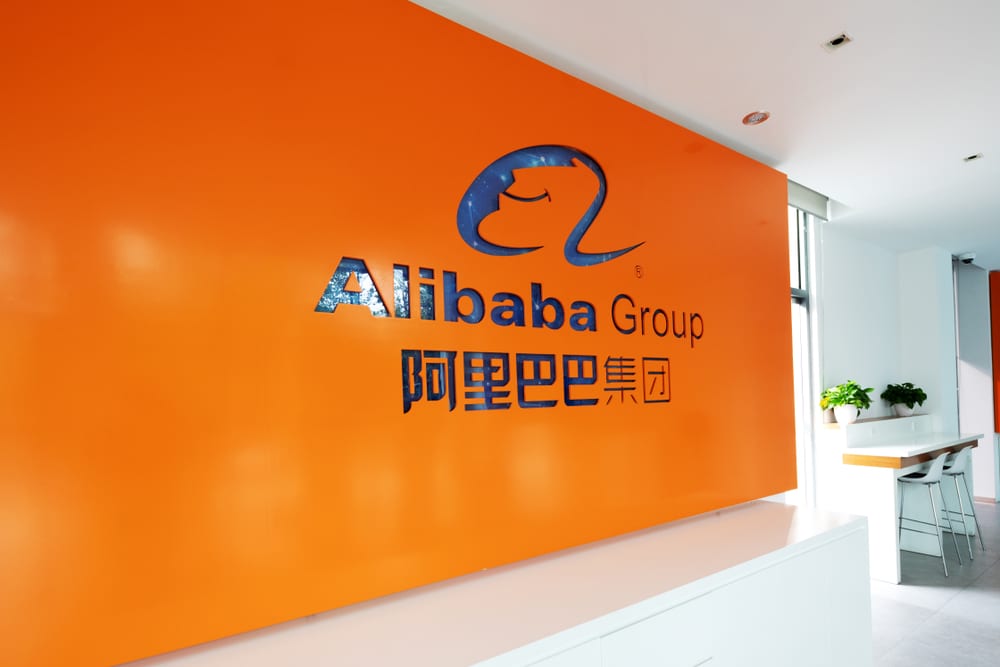 The upcoming Ant Group IPO could become the biggest the world has ever seen with the company, a subsidiary of Chinese ecommerce giant Alibaba, seeking to raise a colossal $35 billion at a valuation of $250 billion. If the company led by Jack Ma, who stepped back from his role as CEO of Alibaba to focus on Ant, succeeds in hitting that lofty target, its IPO would overtake the $29 billion raised last year by Saudi Arabia state oil company Saudi Aramco.

Like parent Alibaba, which holds a non-controlling 33% stake in Ant Group, the company will pursue listings in both Hong Kong and Shanghai. The Shanghai stock exchange has fast tracked approval for Ant Group to hold an IPO.

Ant Group was originally a spin-off from Alibaba’s online payment platform, and has since grown quickly, expanding and diversifying its business into consumer loans, insurance and money market funds. In 2019 the group reported revenues of 120.6 billion yuan (£13.74 billion). Over the first half of 2020, a profit of 21 billion yuan (£2.4 billion) was reported.

The company’s Alipay app has 711 million active users, who made $17 trillion in payments through it over the year to the end of June. The company was originally targeting an IPO valuation of $225 billion and a raise of $25 billion but has increased both by $25 billion and $5 billion respectively after strong investor interest in the IPO.

If its target valuation is achieved, Ant Group will be worth more than Bank of America and more than twice that of Citigroup. Only JPMorgan Chase’s $300 billion market capitalisation would exceed it.

After revealing its IPO plans, Ant Group has had to contend with a spate of new regulations in China, targeted at reducing structural risks in the country’s online finance sector. Small loan funding sources have been restricted, lending rates capped and new capital and license requirements imposed. 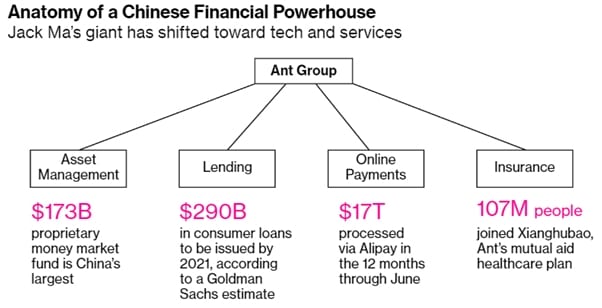 Consumer loans now account for a majority of Ant’s revenues with some accussations that the company employs pushy and manipulative sales techniques. The rest of the group’s revenues are derived from a mix of insurance product sales, money market funds, its credit score ratings system and fintech services it sells into the finance industry.

The company’s two most successful consumer loan brands, with credit applied for quickly and easily via Alipay, are Huabei (Just Spend) and Jiebei (Just Lend).  Huabei offers quick loans for the purchase of consumer goods such as smartphones and household appliances, while Jiebei finances pretty much anything, with loans available for products and services that range from holidays to school and university fees.

While some loans are financed inhouse by Ant’s own capital, the business model is majority based on it acting as an intermediary, with the cash coming from banks. Over the 12 months to the end of June, Ant brands loaned money to around 500 million Chinese consumers, raking in annualised interest rates of up to 15% on smaller loans.