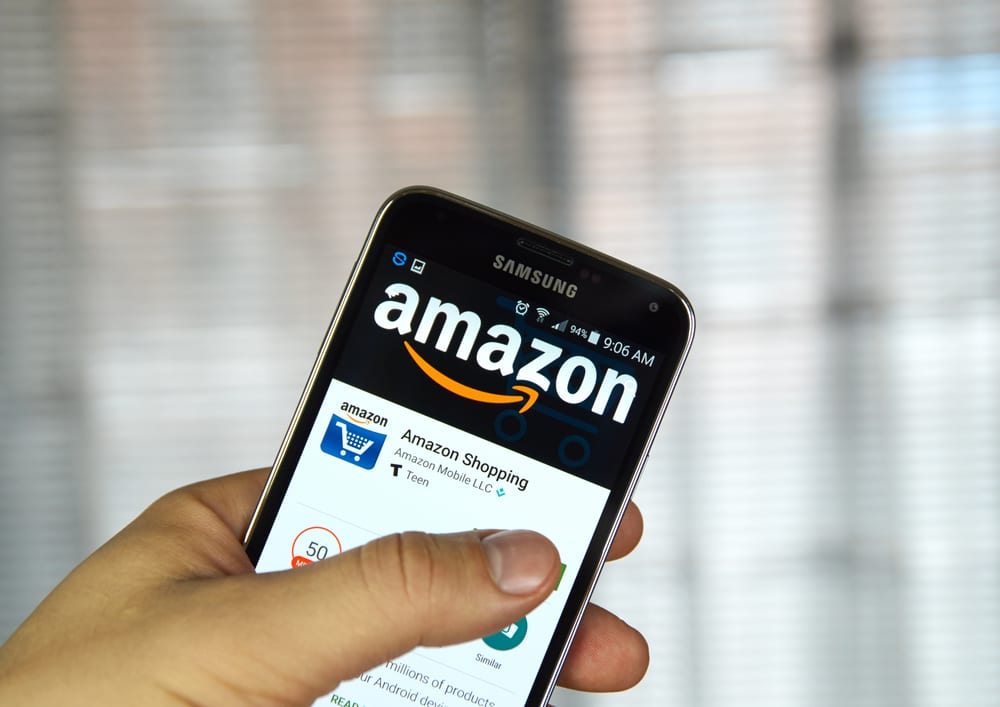 Since he founded it as an online bookseller from the garage of his rented home in Bellvue, Washington State, with the help of $250,000 seed money from his parents Amazon has been almost synonymous with Jeff Bezos. In the 26 years since Amazon has grown into one of the world’s largest companies, worth a staggering $1.77 trillion.

From books, Amazon went on to become the dominant force in online retail across the western world. It branched out into video content and music streaming and then became the world’s largest provider of cloud computing services through Amazon Web Services (AWS).

The company is now pushing into online and bricks-and-mortar groceries having purchased the Whole Foods chain for $13.7 billion in 2017 and launching its chain of fully automated groceries stores under the Amazon Go brand. Online pharmaceuticals are another target. If the paying members of its Amazon Prime subscription service, which comes with content streaming, free one-day delivery of e-commerce orders and a growing collection of other value-added perks designed to make it ‘uncancellable’, were the population of a country it would be the 8th largest in the world.

Amazon has grown so large under Bezos’s leadership that it is has become a target for regulators, both at home and internationally, concerned that its market share dominance across several verticals, but especially e-commerce, is hampering competition.

But at the age of 57 and after over a quarter of a decade building one of the largest and well-oiled corporate machines in history, Bezos is finally clearing his CEO desk. He will spend more time with Blue Origin, the space exploration company he founded and whose first passenger flight to near space towards the end of July he will be onboard, accompanied by his brother Mark.

Amazon now follows big tech peers Apple, Google and Microsoft, which all transitioned from founder CEOs some time ago. Of the big tech ‘FAANG’ stocks, only Facebook, Mark Zuckerberg, and Netflix, Reed Hastings, are run by their founders.

Bezos will step down from the role at the end of this week to be replaced by Andy Jassy, the man who built AWS, now Amazon’s most profitable business, from the ground up, having been with the company since 1997.

Jassy has been being groomed by Bezos to succeed him for years and his track record as the latter’s right-hand man and success with AWS indicates he is the man for the job. But it will be an immensely difficult job.

Can the Amazon share price keep up its inexorable rise in the new post-Bezos era?

The Amazon share price has delivered growth every year since 2011 and in 2020 the company’s value rocketed by 77%. But the company is entering a new phase of its evolution. One that will be harder to maintain growth throughout.

AWS is still considered to have plenty of room to grow as cloud computing becomes the global standard for software applications of all kinds, as well as connected IoT (internet of things) devices. Jassy will be in his comfort zone driving that part of the business forward, which is crucial as it delivered 59% of Amazon’s total operating income last year. 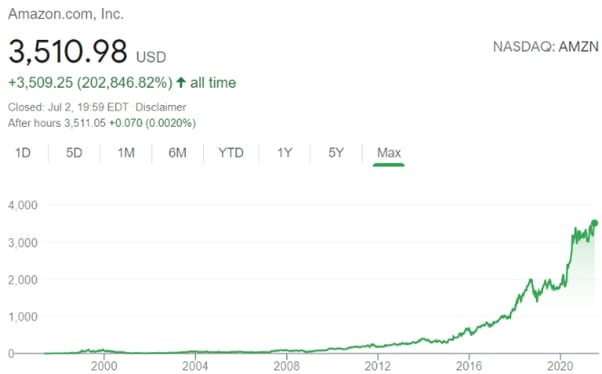 But Jassy faces huge challenges elsewhere. One of the biggest will be fending off regulators whose pursuit of Amazon on antitrust issues, mainly around its e-commerce business but not only, is hotting up. And that challenge has just become bigger with the recent appointment of Lina Khan as the new president of the Federal Trade Commission, the USA’s top antitrust watchdog.

Before being appointed to the role last month by President Biden, Khan was best known as the most influential academic critic of Amazon’s dominant market position. In 2017 she published a paper entitles Amazon’s Antitrust Paradox, in which she argued the company had become an effective e-commerce monopoly.

The crux of her argument was that thousands of other smaller e-commerce companies “must ride Amazon’s rails to reach [their] market”, forced to sell their products on their biggest competitor’s platform, giving them a large cut.

Amazon has predictably objected loudly to the appointment, last week submitting a 25-page document to the FCT, requesting Khan be recused from any antitrust investigations into it. The company argues “reasonable observers” would reach the conclusion Khan could not weigh up any defences it puts forward against antitrust action taken against it “with an open mind”.

An Amazon spokesman added that despite

“utmost respect” for Khan her “body of work and public statements demonstrate that she has prejudged the outcome of matters the FTC may examine during her term and, under established law, preclude her from participating in such matters”.

It’s hard to think anything other than Khan’s appointment meaning Jassy’s job as Bezos’s successor has been made even more difficult than it already was. But despite the regulatory threat, there are also plenty of pluses.

Amazon has a portfolio of new business interests to grow, from online groceries to pharmaceuticals. And other ventures still in the R&D phase, such as driverless technology, could one day become the next AWS in terms of their importance to the company.

What are Jassy’s immediate challenges upon succeeding Bezos to the top job and how might Amazon continue to evolve under his watch in future years?

Could Amazon be broken up?

Jassy challenge can be boiled down to one of maintaining growth while justifying Amazon’s size. The company’s unit heads such as Dave Clark, Jeff Blackburn and Adam Selipsky, respectively bosses of consumer, media and entertainment and Jassy’s replacement at AWS, oversee bigger operations than the chief executives of most FTSE 100 companies.

Amazon doesn’t want to be broken up. But, ironically, the way the company is run to prevent size compromising efficiency means it is not a top-down structure and departments and business units relatively independent. GlobalData analyst Neil Saunders is quoted in The Times as surmising:

“I think they’re kind of internally positioning themselves — not for the worst, just in case they do have to, you know, split up or restructure themselves — and putting the correct people in place.”

There’s even a strong argument Amazon would be worth considerably more broken up than as the current sum of its parts. That’s based on valuing media and entertainment along the same lines as Netflix is valued, consumer retail and digital advertising being valued in the same way as Facebook and so on.

A Jassy-orchestrated break-up on Amazon’s terms would also be preferable to one enforced by regulators and it could be smart to pre-empt the latter. AWS once relied on the revenues generated by the core e-commerce operation for the huge capital investment it needed to make. Now it easily generates enough of its own cash to fund future investment and would probably be valued a lot more highly as an independent high-growth business than it is as part of Amazon. Some analysts argue Amazon’s low margin e-commerce business is now actually dragging significantly on the value AWS could offer shareholders as a stand-alone business.

Others argue splitting the e-commerce and logistics businesses from cloud and media would let Jassy turn his attention to solving problems in the former such as fake product reviews and the amount of landfill waste generated by unsold products. There is also still plenty of work to be done building out the amazon.com-based digital advertising business.

Ultimately, Jassy’s reign will to a large extent be defined by whether or not Amazon is broken up or not. And if it is, Jassy will have to make sure that happens, as much as possible, in a way the company controls and not its regulators.

Bezos certainly seems confident in his successor and moved to instil investors with the same faith, telling them:

“I guarantee you that Andy won’t let the universe make us typical. He will muster the energy needed to keep alive in us what makes us special. That won’t be easy, but it is critical.”

Dollar lower ahead of Fed’s release of minutes