The Amazon share price has reacted neutrally to yesterday’s announcement the technology giant has finalised an agreement on the $8.45 billion acquisition of the historical Hollywood studio Metro Goldwyn Mayer (MGM). The deal will be the company’s second-largest ever acquisition after only the $13.8 billion paid for upmarket grocers Whole Foods in 2017.

There have been rumours swirling for some time that Wall Street’s tech giants like Apple, Alphabet and Facebook could be candidates to buy a major film studio. Amazon, keen to bolster its Prime streaming service with MGM’s library of titles from James Bond to Rambo and Robocop, has become the first to take the plunge.

Like the Whole Foods deal, which signalled Amazon’s intention to make a concerted push into the bricks-and-mortar groceries market, splashing out on MGM should be taken as a sign the company will take the fight to competitors like Netflix, Disney and AT&T for a share of the streaming market.

Packaged into the wider Amazon Prime membership, the company’s streaming service is popular (175 million of 200 million Prime members watched content on Prime Video over the year to March 31st) but typically not seen as a stand-alone product to rival Netflix or Disney. But the technology giant has been investing significantly in areas such as sports rights and will presumably now start producing more proprietary content. 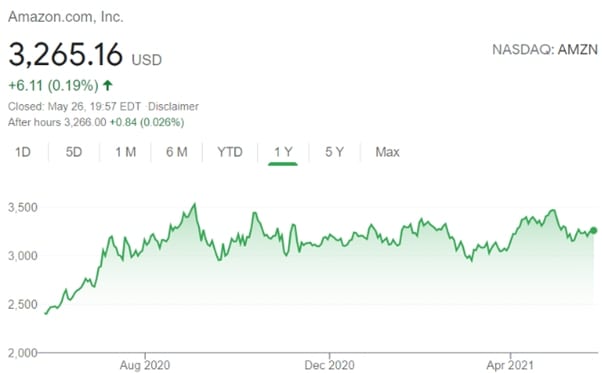 MGM’s attraction for Amazon is its catalogue of television and film rights. One of the most valuable in Hollywood, with the James Bond franchise the jewel in the crown, it includes titles as diverse as Legally Blond, Stargate, Silence of the Lambs, Pink Panther and hit TV show Vikings. Amazon promised to both offer the entire MGM library to Prime viewers as well as “reinvent” some of its biggest hits.

MGM’s largest shareholder is currently New York hedge fund Anchorage Capital, which has majority-owned the film studio for over ten years but started to actively look for a buyer last year. The hedge fund commented that the Amazon acquisition would represent “an inspiring combination”.

For its part, Amazon’s Jeff Bezos promised investors and Prime members “people who love stories are going to be the big beneficiaries”.

Amazon has historically relied far more on organic growth than acquisitions in its evolution towards the $1.65 trillion company it is today, dominating e-commerce and cloud computing and increasingly pushing out into new verticals such as video streaming, groceries and an online pharmacy. It has, however, more recently adopted a strategy of acquisition when either making a strategic move into a new market or upping the ante in an existing vertical.

The streaming market, Amazon also owns video games streaming platform Twitch, is a priority for Amazon. It sees a strong offering and position in digital entertainment as vital to keeping customers within its ecosystem and understands the influence popular culture has on consumer trends, which feeds into its e-commerce business.

It’s also an industry where competition is hotting up and has seen a recent spate of mergers and acquisitions as the biggest players jostle for position. AT&T last week announced a $43 billion merger between Discovery and its WarnerMedia business in a bid to achieve the kind of scale seen as necessary if it is to take on Netflix and Disney. Amazon also clearly intends to compete at the sharp end of the battle for the world’s eyeballs.