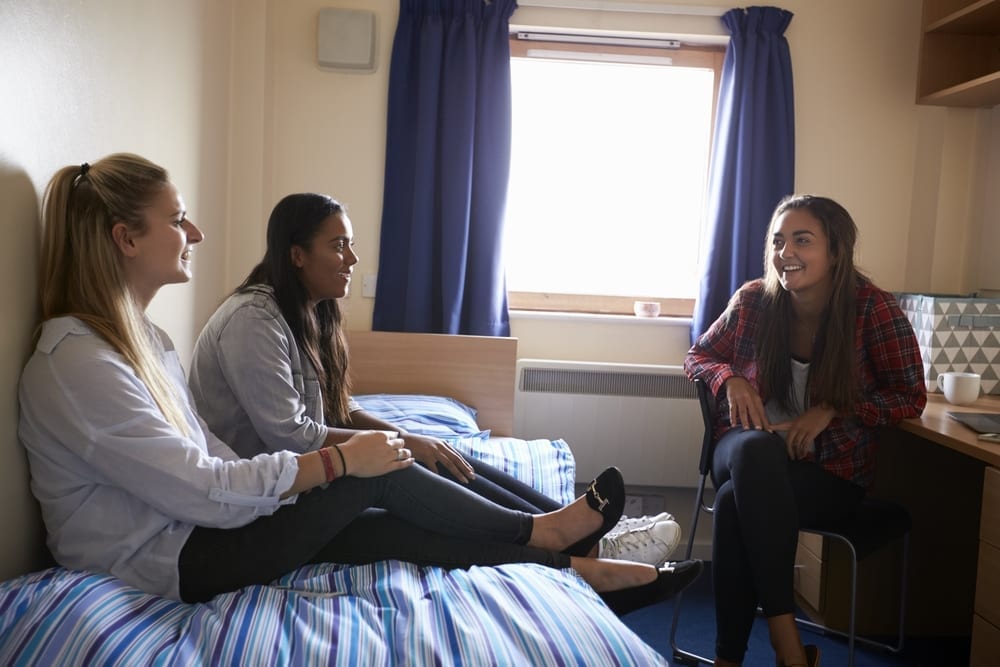 Blackstone, one of the largest private equity investors in the USA, has reached a deal to acquire the iQ student housing company from Goldman Sachs and the Wellcome Trust, the British biomedical research charity. The transaction will represent a £4.7 million bet on the UK’s purpose-built student housing sector and set a new record as the country’s largest ever deal for investment properties.

iQ is the owner-operator of 67 purpose-built student accommodation blocks, offering over 28,000 beds across 27 towns and cities in the UK. James Seppala, Blackstone’s head of real estate for Europe, commented on the deal:

“This acquisition is a continuation of our strategy to invest in high-quality assets and businesses in the UK and testament to our long-term belief in the UK”.

“British higher education is globally renowned and we are delighted to invest meaningful capital to support iQ’s further growth and continue to deliver the highest-quality accommodation for students across the country.”

The deal will not be Blackstone’s first position in the UK’s student accommodation sector, having first entered the market with the 2005 purchase of a 1000-bed building in London’s King’s Cross area. It added to that with further acquisitions to build up a portfolio that was sold on in 2012. The company then built up a new 8000-bed student housing portfolio it sold on the Canada Pension Plan Investment board in 2017. Blackstone has clearly decided iQ, subject to regulatory approval, represents the ideal opportunity to re-enter a market it already has a successful track record in.

The 2012 government decision to lift the cap on student numbers, combined with the trend of overseas students choosing the UK as a higher education destination, has seen a steady rise in the demand for purpose-built student housing. And the reliably high returns the sector provides has seen investors pile in over recent years. An added incentive is the fact that Brexit has seen property prices stall over the past couple of years.

With European markets having seen stronger gains over that period, and the value of the pound still relatively depressed in an historical context, there is clearly a feeling that UK property investments currently represent good value.

And Blackstone had competition for iQ, with Canadian private equity firm Brookfield and Chinese sovereign wealth fund, the China Investment Corporation also bidding for the company.

But with Blackstone publically optimistic about the prospects of post-Brexit Britain, the company has acquired a number of new investment properties and portfolios since the 2016 referendum. These include a majority stake in social housing provider Sage and £1.5 billion spent to buy up a portfolio of Network Rail arches. The latter was a joint venture with London’s Telereal Trillium.

The private equity giant also has an infrastructure investment unit which has recently announced the intention to form a London-based team with the aim of making billions of pounds worth of investment in infrastructure projects in the UK and Europe.

IQ was established in 2006 before a 2016 merger with Goldman Sachs’ investment properties in the student accommodation space. The company is led by CEO Rob Roger, formerly chief executive of Spire Healthcare, the London-listed company that is the UK’s second largest private healthcare provider. It currently employs around 600 people.

A large majority of the iQ portfolio, around 84%, is located in cities that are home to leading Russell Group universities. With students, especially those from overseas, more willing to pay higher fees to attend more prestigious universities, larger investors have tended to favour student accommodation that caters to Russell Group institutions. It’s an approach that is considered less risky in the event of economic turmoil.

Every student block in the iQ portfolio employs staff and security teams and offers shared social and study spaces, leisure facilities, gyms and events. It also has a development pipeline of more than 4,000 beds that come into use over the next few years.

The acquisition will be made through one of Blackstone’s closed-ended ‘opportunistic’ funds, which target leveraged returns of around 15%.

There has been some evidence that the amount of new purpose-built student accommodation may be starting to spill into oversupply in certain towns and cities, or around particular universities. However, Blackstone seems confident that there are still strong returns available from the right buildings servicing the most popular universities.

Student accommodation prices, which are an average of £5863 a year for a bedroom in university-owned buildings and £6777 in the private sector, are, say commercial property consultants Cushman & Wakefield, approaching the affordability threshold for domestic students. But demand has held as a result of the steady flow of overseas students. The UK government’s policy is stated as aiming to increase foreign student numbers by a further 30% over coming years.

There are a total of around 1.8 million full-time students currently studying at the UK’s universities and only 650,000 beds available in purpose-built student accommodation. The overspill is catered to by the broader, private rental market.

Richard Smith, chief executive of Unite Group, one of the biggest student housing landlords, believes the Blackstone deal will be followed by more ‘big ticket’ acquisitions in the sector, with buyers from Asia and the USA circling:

“Since the outcome of the election, we’ve certainly seen increased interest from buyers for assets.”

A little over a week into 2022 we’ve already experienced some major market movements.... END_OF_DOCUMENT_TOKEN_TO_BE_REPLACED

One of the FTSE 100’s current disadvantages, when it has come to attracting international... END_OF_DOCUMENT_TOKEN_TO_BE_REPLACED

Did you know you could build wealth by investing in Lego? A study suggests... END_OF_DOCUMENT_TOKEN_TO_BE_REPLACED

With most major stock markets around the world spending time at or near record... END_OF_DOCUMENT_TOKEN_TO_BE_REPLACED

For years, Baillie Gifford’s technology funds have been driving outsized returns for the mainly... END_OF_DOCUMENT_TOKEN_TO_BE_REPLACED