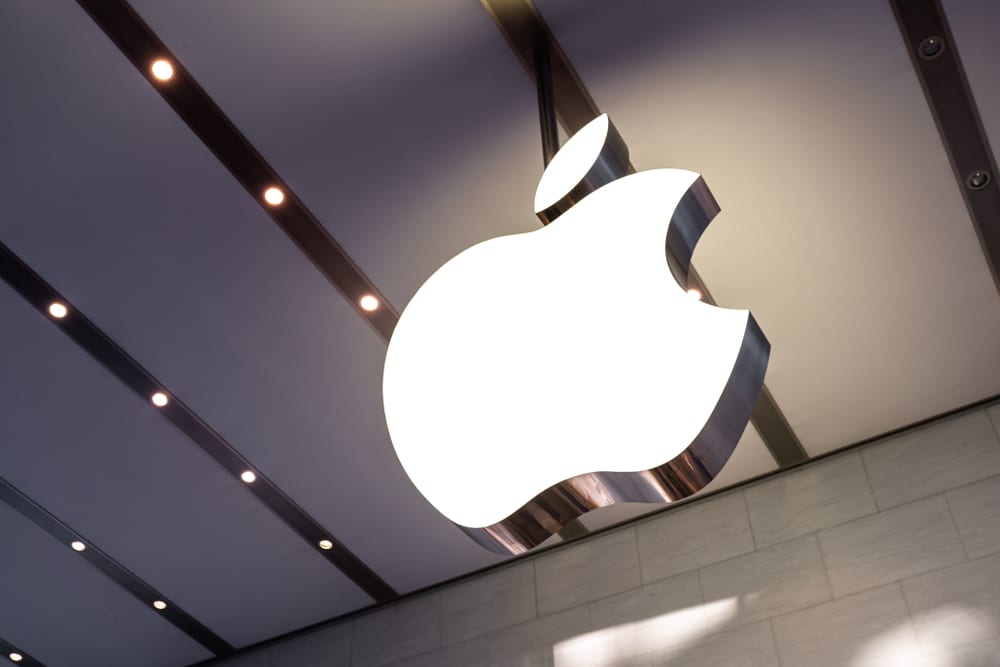 Apple yesterday followed its big-tech peers Alphabet and Microsoft by also announcing a record quarter over the first three months of 2021, the company’s second-quarter of its financial year. The Apple share price has gained 2.4% in after-hours trading after revenues of $89.6 billion came in ahead of analyst expectations.

The upbeat performance by the Cupertino-based technology group was built on a foundation of strong demand for its hardware devices. Surprisingly strong sales of iPhones and Apple computers fuelled 53% revenue growth compared to the same three months a year earlier.

Net income doubled to $23.6 billion on the back of the higher revenues. Sales of the new range of iPhones released last autumn grew by close to 66% year-on-year, bringing in $47.94 billion. 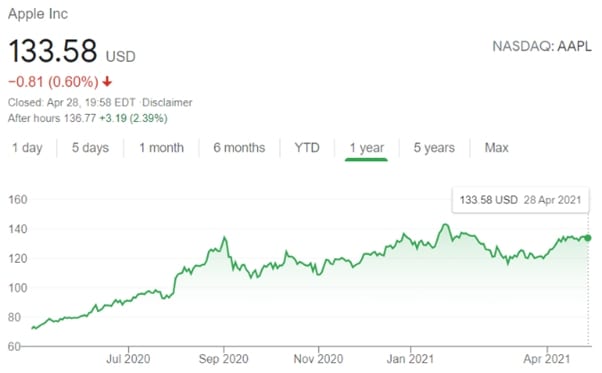 A $90 billion share buy-back was also announced yesterday by the $2.2 trillion company along with the quarterly report. Expectations that iPhone sales would start to decline as a result of owners upgrading less often has seen Apple refocus its quest for growth on services such as the iCloud storage facility and App Store – as well as a range of new subscription services from Apple Music and Apple TV+ to video games streaming platform Apple Arcade and a new premium fitness subscription.

Apple has succeeded in the goal with services revenues growing strongly over the past couple of years – they grew 27% to $16.9 billion for the the quarter. But that has combined with a resurgence in demand for new hardware devices over the pandemic year. Consumers stuck at home and relying on digital entertainment drove sales of iPads and Macs up 79% and 70% respectively, to complement the surge in iPhone sales. Wearables including the Apple Watch and AirPod headphones also saw revenues generated climb 25%.

“This quarter reflects both the enduring ways our products have helped our users meet this moment in their own lives, as well as the optimism consumers seem to feel about better days ahead for all of us.”

Apple has been positioning itself as the privacy-friendly big tech company and its most recent operating system update makes it harder for third-party apps to user track behaviour. That has sparked recent tensions with Facebook, which also reported on a stellar quarter yesterday. The social media company relies on cookies and other user-generated data to optimise the effectiveness of advertising by customising it based on historical records of user behaviour.