The Apple share price gained 2.6% on Thursday as reports circulated suggesting the iPhone maker is “on the cusp”, of an official announcement that will confirm a partnership with South Korean automaker Hyundai-Kia. The partnership, thought to be all but agreed, will see Apple accelerate its plans to move into the perhaps surprising new market of cars. Or more specifically, a new generation of electric cars that will eventually evolve into vehicles boasting driverless technology. 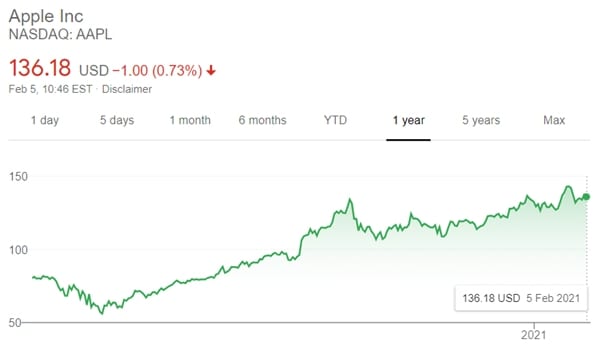 Apple plans to collaborate with multiple companies in developing self-driving electric vehicles but a partnership with Hyundai would presumably become a core tie-up. Apple wants to tap into Hyundai’s car manufacturing know-how and use its assembly plant in West Point, Georgia, for the manufacture of Apple-branded autonomous vehicles.

The news was reported yesterday by American network CNBC. The network claims unnamed sources told it Apple believes it could have produce its first commercial passenger vehicle by as soon as 2024.

That talks between the two companies have been ongoing is not a revelation. Last month Hyundai confirmed as much, sending its share price soaring on Busan’s Korea Exchange. However, the company appeared to backtrack on that confirmation by subsequently releasing a less specific statement detailing “requests for cooperation” being discussed with unnamed companies. Apple itself declined to comment at the time.

Apple’s interest in electric, and especially autonomous, passenger vehicles is presumed to be because the tech giant views them as a new pillar of the technology ecosystem that currently incorporates smartphones, tablets, computers, wearables and home devices like digital assistants. It will see connected, eventually driverless, Apple cars as another form of ‘hardware’ through which to sell services and extend the ecosystem used by current users of other Apple devices.

Apple’s focus is now to grow the percentage of its revenues derived from services including the App Store, iCloud, Apple TV+ streaming service, new premium fitness app and credit card. While the iPhone still generates over half of Apple’s revenues the company in conscious it is likely to be near ‘peak iPhone’, despite the fact that moment has been wrongly called for a few years now.

And a move into the car market could open the door to potentially huge new revenue sources. Morgan Stanley analyst Katie Huberty last month told clients in a note that while the smartphone market is worth $500 million a year, “the mobility market is $10 trillion”. She continued:

“So Apple would only need a 2 per cent share of this market to be the size of their iPhone business.”