Are the good times over for tech start-ups as the easy money that powered growth with little demand for profits dries up?

Back in 2008 as the international financial crisis was sweeping through the world economy, the renowned Silicon Valley VC firm Sequoia Capital sent a now famous presentation out to its portfolio of start-ups. The presentation was directly titled “RIP Good Times” and consisted of 56 slides.

Those slides started by listing the problems the U.S. and global economies were facing as follows:

It was designed to explain to the portfolio of start-ups that counted Sequoia as an investor why they could no longer count on further cash flowing into their coffers. The message was that the broader environment had suddenly changed. And Sequoia’s investment case, which had expertly and lucratively spotted the potential in tech companies including Apple, Google and Instagram, with it. 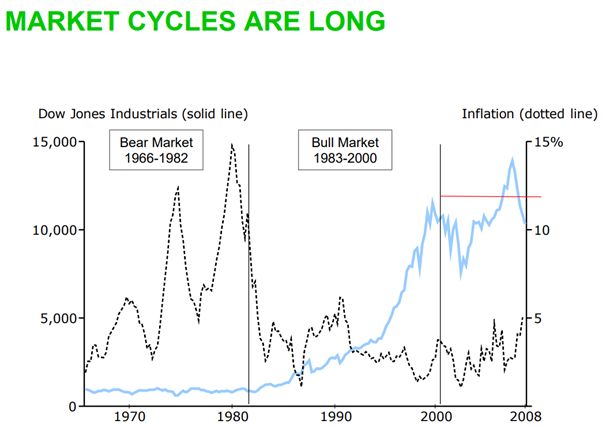 The next 50 or so slides contained graphs and concise texts outlining what had changed and why. It also contained a number of slides spelling out exactly what the new reality meant for the promising tech start-ups Sequoia had invested in. 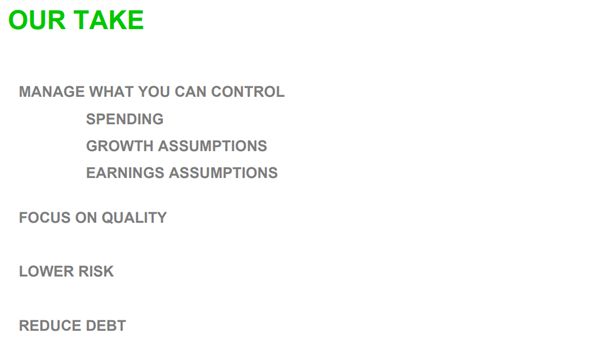 Companies were told in no uncertain terms that if they were currently in a funding cycle raising fresh investment, they should close it as quickly as possible and raise as much as possible. Sequoia predicted that any company that wasn’t yet self-sustaining and didn’t have “at least a year of cash minimum in the bank”, was “in trouble”.

The presentation concluded with a list of actions the VC firm titled “The Solution”:

Two months ago, the San Francisco-based venture capital firm NFX sent out a communication to its portfolio of start-ups that was eerily reminiscent of Sequoia’s 2008 RIP Good Times presentation. It indicated that investors, across venture capital, private equity, and public markets, as well as lenders, would soon be making tough calls on which high growth but low, or no, profit enterprises they would be prepared to let go to the wall rather than prop up with more cash over coming months.

“It’s going to be similar to 2000. How it plays out is going to be dependent on how much capital was raised over the past 18 months versus the fear that’s about to grip the tech space.”

In a nutshell, tech companies that have raised enough funds to finance continued growth over the next year or two might be ok. Otherwise, they have two choices. Make enough money and/or cut costs by enough to make it last until economic conditions and investor sentiment improve. Or prepare to perish.

Tech start-ups have already started to cut their cloth in the realisation that the good times have, indeed, again come to an end as another long bull market cycle turns into a new, bearish, cycle.

Last week Steven Galanis, founder of the Chicago-based start-up Cameo which allows customers to order a personal greeting from celebrities willing to speak into a camera for a stranger for varying sums of cash, announced the company was letting go 87 members of staff. A year ago Cameo, which did very well during the lockdown periods of the pandemic, raised $100 million at a $1 billion valuation.

Cameo is now on a mission to conserve whatever part of that $100 million it hasn’t already spent in the realisation it probably won’t be able to raise any more anytime soon. At least not without existing investors taking a massive hit on the company’s valuation.

U.S. GDP shrank by 1.4% last quarter and if it doesn’t return to growth this quarter, which currently looks doubtful, the world’s largest economy will have officially entered recession. The old adage is that when the U.S. economy catches a cold the rest of the world sneezes and it is likely to prove true once again. Especially for high growth, low income, tech companies that rely on positive investor sentiment in the USA to keep funding their loss-making growth.

Even the big tech companies that do make huge revenues and profits and are unlikely to come under any pressure as going concerns are suffering from the change in the economic cycle from bull to bear. Shopify, whose platform lets anyone set up an e-commerce website and is seen as the only genuine potential challenger to Amazon’s dominance of the sector, has seen its valuation slump by almost 78% since its record high set on November 19 last year. 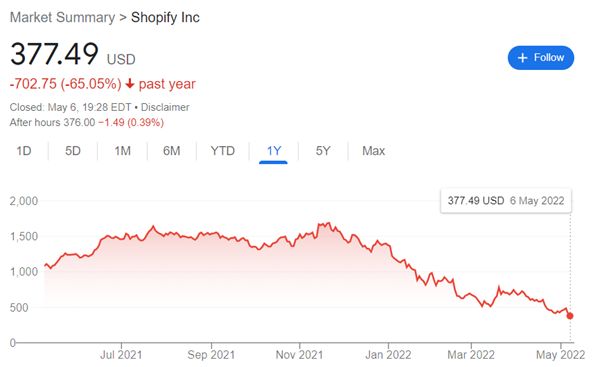 Facebook-owner Meta Platforms has seen its value plunge by over 46% since early last September when its decline began. Netflix currently trades at less than $181-a-share after seeing its market capitalisation pluge 70% this year. The last time the market-leading video content streaming service was worth so little was September 2017. Five years ago it had around 100 million paying subscribers compared to 200 million now and about one third of current revenues.

There are other reasons why investors have punished Netflix so hard, including growing competition, market saturation and its increasing overheads as it spends on proprietary content to remain competitive. But the main reason why it has lost so much value is simply a change in investor sentiment. The good times are over, for now.

Still private tech start-ups are already feeling the pinch and having to face up to the fact a new cycle has started. Some have already proactively self-reduced their valuations ahead of recent funding rounds.

And there have been early casualties of the shift in investor sentiment. Online one-click online checkout start-up Consider Fast closed last month after investors refused to refund it with more cash at a $1 billion valuation. It had burned through $120 million over the previous 12 months to generate less than $1 million in sales.

Payments giant Stripe and VC firm Index Ventures were among the existing investors who decided it would be better to cut their losses rather than throw good money after bad. Just a few months earlier they may well have put their hands in their pockets again.

The venture capital sector itself could well be in trouble over the months ahead. U.S.-based VCs invested $333 billion in start-ups in 2021, a new record. Their numbers have also multiplied rapidly, from 1328 at the end of 2019 to 2889 by the end of last year. Around 60% of these VCs have only ever raised one fund and many may well not survive the next year.

But such changes in economic cycle also bring opportunities and the birth of new generations of tech giants. Slumps in valuation need not be fatal as long as tech companies have a sound underlying business model. Netflix itself is a prime example. 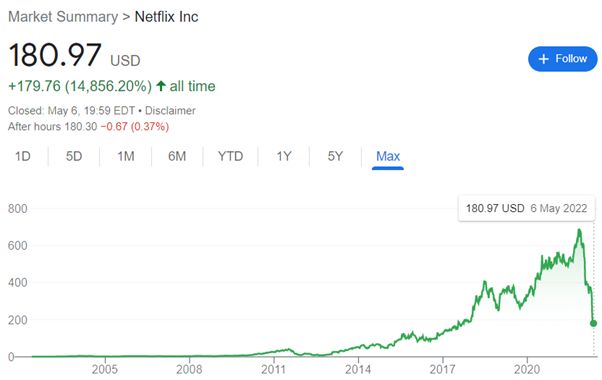 In 2011 it also lost around 70% of its value and questions were raised about its ability to survive. It did and as a quick glance at the chart above shows, that 70% drop in valuation would now, in cash terms, barely register.

Investors exposed to start-ups, either through VC funds or as private investors, or growth companies already publically listed, would do well to audit that exposure. The key thing to assess is cash flow. Do these companies have enough cash to fund themselves for the next one to two years without having to raise significant fresh investment capital?

If the answer is yes and you still believe in the business model it could well be worth persevering or even increasing your investment at the lower valuations likely over the period ahead. If the answer is no, it might be worth seriously considering getting out now while you still can.