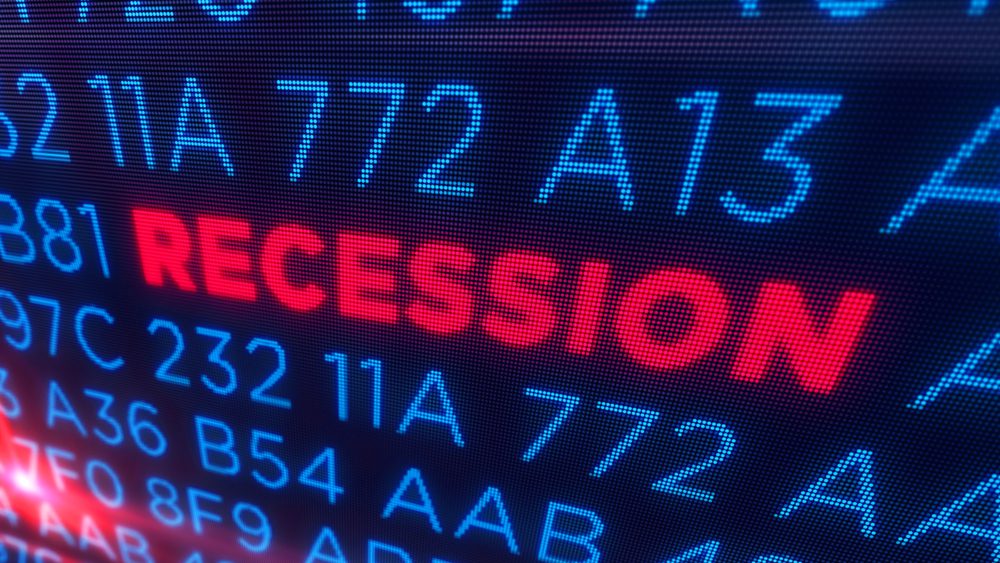 While most still caveat the argument with the get-out clause it is far from certain, there is a growing school of thought that we could be on the cusp of a global recession. China is, believe many, already in recession. Carefully pruned official figures showed growth in the world’s second largest economy dropped to 0.2% in the third quarter. But London-based consultancy Capital Economics, whose indicator of China’s economy is often considered more accurate than official figures, estimates there was actually a 3.9% contraction in economic output.

The consultancy further warned “industry and construction appear on the cusp of a deeper downturn.” Pressure being put on several industries by China’s authorities to reign in “disorderly capital” are also having an impact.

German growth, a proxy for European economic health, is hobbling. A recent paper called The Economics of Walking About and Predicting US downturns” written by David Blanchflower and Alex Bryson, presents the case for the argument if the USA isn’t already in recession it soon will be.

Blanchflower, a one-time member of the Bank of England’s Monetary Policy Committee, points out that the current extent of the fall in the Conference Board’s consumer sentiment index shows striking parallels to trends in the run up to each of the recessions that have unfolded over the past 50 years. The 25 points drop in the index since March is steeper than the one that preceded the 2007 crash.

For now, the only thing standing in the way of a U.S. recession being confirmed is labour data, with unemployment still low. However, there is a strong suspicion state-backed furlough schemes have warped the data. And now support is being withdrawn will the house of cards come tumbling down?

Things may not be as bad as the worst fears

The uniqueness of the current situation does, however, mean caution should be exercised when looking at historical parallels in economic data. Much has been made of the cause and effect of commodity prices, which have been spiking over the past year. But there is a reasonable argument these issues are not the result of fundamental structural problems in the global economy but the temporal shock of the Covid-19 pandemic.

Shortages have been caused by a combination of pent up demand hitting the market at the same time as supply-line problems caused by pandemic-related disruption. Something similar happened after the First World War but an initial spike in prices was subsequently followed by deflation as markets returned to normal conditions.

The 30% jump in the Bloomberg commodity index this year is significant but it is still at levels far below those of 2008. Price moves are also behaving differently and in wild swings rather than sustained rises. Iron prices rocketed earlier in the year but have now fallen 45% since July. Timber prices have also halved after a period of shortages drove them into orbit and it wouldn’t be a big surprise to see gas prices quickly drop back from their recent highs a few months from now.

Central banks argued they expected any price rises driving up inflation during the pandemic recovery period would prove short-lived and, as such, would not require the intervention of interest rate rises. That tone has recently changed and interest rate rises are now expected to be announced by major central banks including the Bank of England over the coming weeks and months.

But might that be a mistake? In spring 2008 the Federal Reserve was dealing with the credit crunch that had been a factor for a year and had seen it slash interest rates down to 2% from 5.75%. But high oil prices had it worried even if they had fallen back from recent highs. It explained “the downside risks to growth and the upside risks to inflation are both significant concerns”, and kept interest rates at 2%.

In Europe, the ECB raised interest rates due to inflation fears, despite the fact Germany and Italy had both recently entered recession. That decision has been described as the biggest mistake in central banking since the 1930s and, in conjunction with the Fed’s reticence to drop rates further, blamed for the collapse of the international banking system that followed.

Stock markets look very expensive according to two popular measures, the Shiller price/earnings ratio and the Wilshire 5,000 index’s capitalisation as a percentage of GDP, often referred to as the “Buffet indicator”.

The only time the current Shiller index reading of 38.7 has been higher was at an advanced stage of the stock market melt-up that preceded the dotcom crash. And we are well ahead of the late-2007 pre-Lehman Brothers peek of 27.

The Buffett indicator, meanwhile, is at a record high. The combined market capitalisation of the 5000 companies the index tracks currently stands at 197% of U.S. GDP. The indicator’s previous record high, ahead of the dotcom crash, was 137% of GDP.

None of this means that a global recession is inevitable. Or if one does occur that it will be long and deep. Central banks may show faith in their original belief that steep inflation will prove transient and take a modest approach to interest rate increases, or hold delay them.

There is a more than reasonable argument letting inflation run a little will have the positive effect of devaluating pandemic debt taken on by major economies like the UK and USA at the expense of creditors.

The uniqueness of the circumstances, in many ways more comparable to the shock of a period of war than a systemic economic or financial markets collapse, means it’s especially hard to predict the likely health of the global economy over the next few years. There’s certainly a high risk of global recession being confirmed before the end of the year.

But how deep it goes and how long it lasts is far harder to predict with much certainty. The modern global economy hasn’t faced the kind of disruption of the past couple of years before. We can draw comparisons with other events like the World Wars almost a century ago now but the international economy and national economies were very different then. This is new territory for investors to navigate.

That the international travel sector is, thanks to the Covid-19 pandemic, in a bit... END_OF_DOCUMENT_TOKEN_TO_BE_REPLACED

With a growing number of economists arguing there is a high chance we are... END_OF_DOCUMENT_TOKEN_TO_BE_REPLACED

While most still caveat the argument with the get-out clause it is far from... END_OF_DOCUMENT_TOKEN_TO_BE_REPLACED

Natural gas prices have rocketed with Russia accused of managing supply to drive up... END_OF_DOCUMENT_TOKEN_TO_BE_REPLACED

After their valuations boomed in 2020, the UK’s online fast-fashion giants of Asos and... END_OF_DOCUMENT_TOKEN_TO_BE_REPLACED