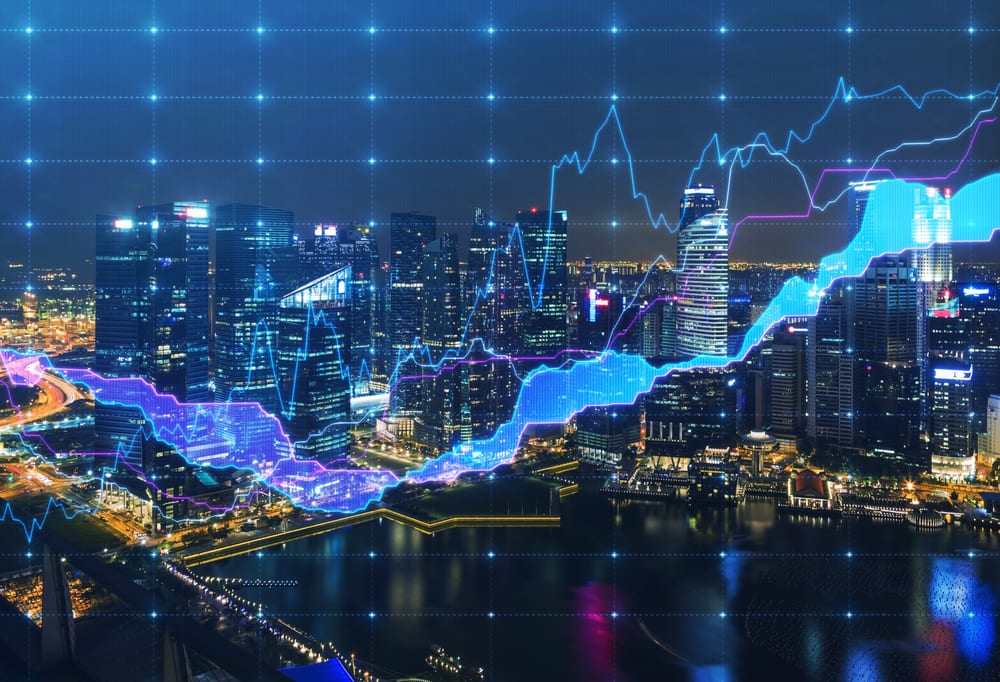 Asian equities and U.S. futures fell on Thursday, hurt by the U.S. Federal Reserve’s cautious view of the economy, tensions with China and new clusters of coronavirus infections.

Australian stocks dropped 0.91% due to concern that ties with China will worsen further after a report that Australian regulators will reject acquisitions by a Chinese company.

Shares in China fell 1.28% due to dwindling expectations for additional monetary easing after the People’s Bank of China kept a benchmark lending rate unchanged on Thursday.

Market sentiment had been bullish up until Fed policymakers’ comments highlighted uncertainties over the U.S. recovery, with the S&P 500 and the Nasdaq hitting all-time highs driven largely by Apple Inc.

The positive mood quickly faded, however, after several Fed members said additional easing may be needed because a rebound in employment was already slowing.

The downbeat tone spilled over into Asia, which weighed on equities and oil futures but pushed gold prices higher due to economic uncertainty.

It was a decent day for banks, Apple, and Nike but everything else was in the reverse after the Fed said economic conditions will be difficult for a while, said Jamie Cox, managing partner at Harris Financial Group. We’ve seen some good numbers out of retail but there’s uncertainty that these companies won’t replicate those earnings without some stimulus.

Minutes from the Fed’s July meeting showed the swift rebound in employment seen in May and June had likely slowed and that additional “substantial improvement” in the labour market would hinge on a “broad and sustained” reopening of business activity.

The readout on Fed discussions provides hints to further action that the U.S. central bank could take in September. No change in interest rate policy is expected until end-2021.

Spot gold rose 0.82% to $1,945.43 per ounce on Thursday, recovering from a 3.6% tumble on Wednesday as the cautious mood boosted demand for the safe harbour asset.

Some bond investors were also disappointed after the Fed minutes showed central bankers downplayed the chance of capping bond yields.

The dollar index, which reflects the greenback’s value against six leading trading currencies, steadied at 92.983.

That the international travel sector is, thanks to the Covid-19 pandemic, in a bit... END_OF_DOCUMENT_TOKEN_TO_BE_REPLACED

With a growing number of economists arguing there is a high chance we are... END_OF_DOCUMENT_TOKEN_TO_BE_REPLACED

While most still caveat the argument with the get-out clause it is far from... END_OF_DOCUMENT_TOKEN_TO_BE_REPLACED

Natural gas prices have rocketed with Russia accused of managing supply to drive up... END_OF_DOCUMENT_TOKEN_TO_BE_REPLACED

After their valuations boomed in 2020, the UK’s online fast-fashion giants of Asos and... END_OF_DOCUMENT_TOKEN_TO_BE_REPLACED