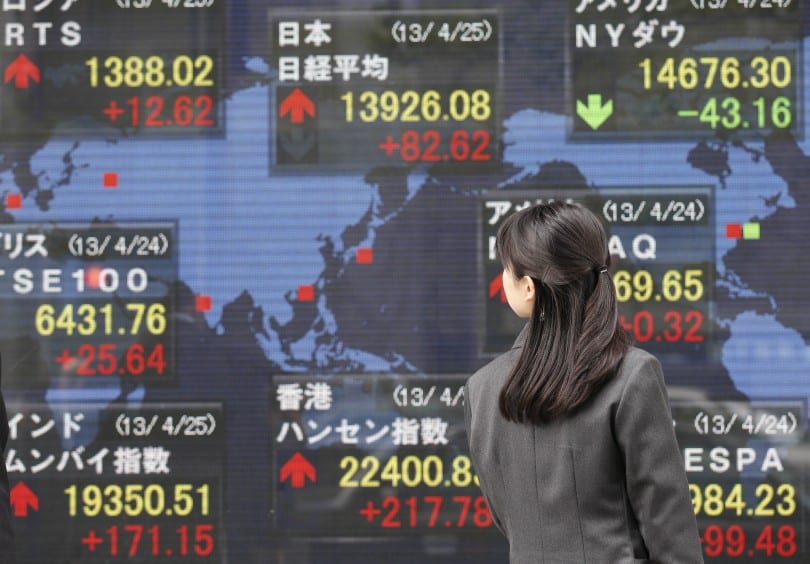 Asian stock markets are in positive territory on Monday following the record closing highs on Wall Street Friday as data showing a modest rebound in U.S. employment in the month of January boosted expectations for further U.S. stimulus. The continued rollout of vaccines and falling coronavirus infection rates in different part of the world also boosted sentiment.

The Australian market is extending gains from the previous session.

The major miners are notably higher. Rio Tinto is rising more than 2 percent, while Fortescue Metals and BHP Group are adding almost 2 percent each.

In the banking sector, Westpac and National Australia Bank are rising more than 1 percent each, while Commonwealth Bank and ANZ Banking are up 0.4 percent each.

Oil stocks are also higher after crude oil prices extended gains on Friday. Santos is gaining more than 1 percent, Woodside Petroleum is adding 0.3 percent and Oil Search is up 0.2 percent.

In the tech space, Afterpay is advancing more than 2 percent, Appen is adding almost 1 percent and WiseTech Global is up 0.4 percent.

Gold miners are mixed even as gold prices advanced on Friday. Newcrest Mining is higher by almost 2 percent, while Evolution Mining is down 0.2 percent.

Investor sentiment was also buoyed by news that Japan will consider lifting its coronavirus state of emergency in some prefectures as a new law that allows fines for social distancing violations goes into effect Saturday.

Market heavyweight SoftBank Group is gaining more than 5 percent and Fast Retailing is advancing more than 1 percent. In the tech space, Advantest is rising almost 3 percent and Tokyo Electron is higher by more than 2 percent.

Among the other major gainers, Kobe Steel is gaining more than 11 percent, Unitika is rising more than 9 percent and Nippon Steel is higher by almost 9 percent.

Conversely, AGC Inc. is losing almost 3 percent and Suzuki Motor is lower by more than 2 percent.

Asian shares near record highs on hopes of US aid package