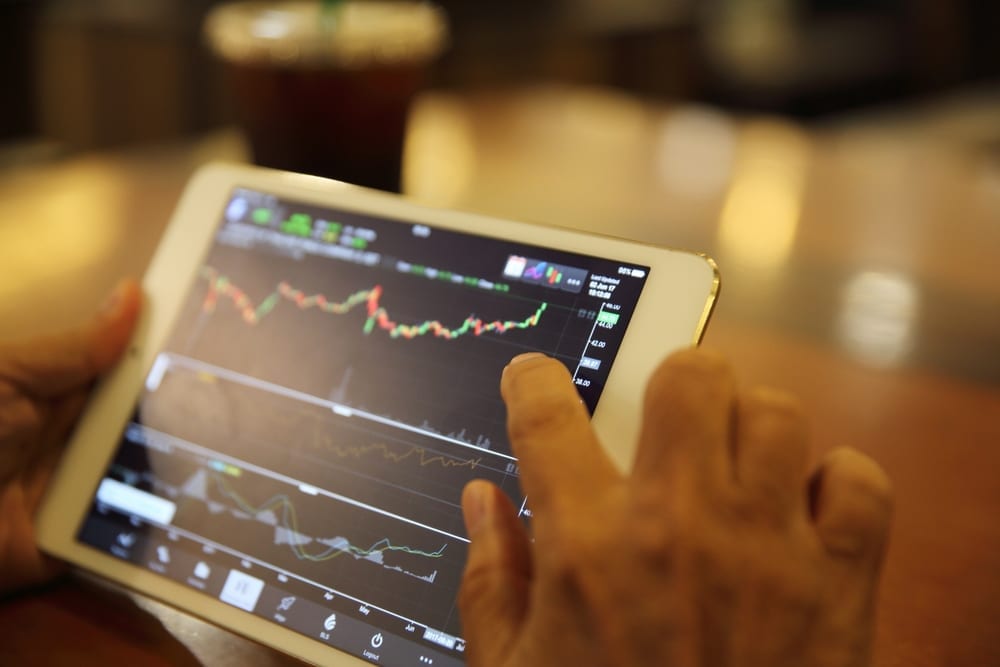 Asian stock markets are in positive territory on Tuesday following the overnight gains on Wall Street and as data from China that showed the country’s manufacturing sector moved back into expansion in March. The announcement of additional stimulus measures by the Australian government and upbeat economic data from Japan also boosted sentiment.

The latest survey from the National Bureau of Statistics said that the manufacturing sector in China moved back into expansion in March, with a manufacturing PMI score of 52.0 – beating forecasts for 45.0. That’s up sharply from 35.7 in February, and it moves back above the boom-or-bust line of 50 that separates expansion from contraction.

The Australian market is surging following the overnight gains on Wall Street. Investor sentiment received a boost after the Australian government announced a third stimulus package worth A$130 billion to deal with the economic impact of the coronavirus pandemic. Banks and oil stocks are among the major gainers.

The big four banks are up with strong gains. Westpac is gaining almost 7 percent and National Australia Bank is climbing more than 6 percent. Commonwealth Bank and ANZ Banking are rising almost 6 percent each.

Among oil stocks, Oil Search is climbing more than 5 percent, Santos is gaining almost 4 percent and Woodside Petroleum is advancing almost 2 percent, even as crude oil prices plunged to a more than 18-year low overnight.

In the mining space, BHP is lower by almost 1 percent and Fortescue Metals is down 0.6 percent, while Rio Tinto is adding 0.2 percent.

Among gold miners, Evolution Mining is falling more than 8 percent and Newcrest Mining is losing more than 4 percent, as gold prices extended losses for a second session overnight.

Wesfarmers said it sold a 5.2 percent stake in supermarket giant Coles Group and expects to record a pre-tax profit of A$130 million from the sale. The conglomerate’s shares are rising more than 3 percent.

Virgin Australia said it is seeking financial support from the federal government to deal with the fallout from the coronavirus crisis, with reports indicating the airline is seeking a rescue package of up to A$1.4 billion. The airline’s shares are in a trading halt pending an announcement from Air New Zealand regarding its shareholding in Virgin Australia.

On the economic front, the Reserve Bank of Australia said private sector credit in Australia was up 0.3 percent on month in February, unchanged from the previous month and in line with expectations.

Australia will also see February numbers for building permits as well as March results for the business confidence and activity outlook indexes from ANZ.

In the currency market, the Australian dollar is higher against the U.S. dollar on Tuesday. The local unit was quoted at $0.6157, compared to $0.6147 on Monday.

The Japanese market is advancing following the strong gains on Wall Street and as data from China that showed the country’s manufacturing sector moved back into expansion in March. Upbeat Japanese economic data also boosted investor sentiment.

The major exporters are mixed despite a weaker yen. Sony is advancing more than 1 percent and Mitsubishi Electric is adding almost 1 percent, while Canon is declining almost 2 percent and Panasonic is down 0.4 percent.

In the tech space, Advantest and Tokyo Electron are rising more than 2 percent each.

In the oil sector, Inpex is higher by more than 1 percent and Japan Petroleum is edging up 0.1 percent even as crude oil prices plunged to a more than 18-year low overnight.

Among the other major gainers, Fujifilm Holdings is gaining almost 6 percent, while Pacific Metals, Taiyo Yuden, Olympus Corp and Hitachi are rising more than 3 percent each.

On the flip side, Nippon Steel is losing more than 4 percent, while Yokohama Rubber and Sompo Holdings are lower by almost 4 percent each.

On the economic front, the Ministry of Economy, Trade and Industry said in Tuesday’s preliminary reading that industrial production in Japan advanced a seasonally adjusted 0.4 percent on month in February. That beat forecasts for a flat reading following the 1.0 percent increase in January.

Retail sales in Japan gained a seasonally adjusted 0.6 percent on month in February. That beat forecasts for a decline of 1.7 percent, following the 1.5 percent increase in January.

The unemployment rate in Japan came in at a seasonally adjusted 2.4 percent in February. That was in line with expectations and unchanged from the previous month.

In the currency market, the U.S. dollar is trading in the mid 108 yen-range on Tuesday.

Elsewhere in Asia, South Korea, Singapore and New Zealand are rising more than 2 percent each, while Indonesia, Hong Kong and Taiwan are higher by more than 1 percent each. Shanghai and Malaysia are also higher.

On Wall Street, stocks closed sharply higher on Monday after U.S. President Donald Trump extended national social distancing guidelines until at least April 30. Trump had previously hoped to reopen the country by Easter Sunday, on April 12, but said he decided to extend the guidelines in an effort to keep the death toll from the coronavirus below 100,000. The announcement by Trump came as data from Johns Hopkins University shows more than 153,000 confirmed coronavirus cases in the U.S. and more than 2,800 deaths.

The major European markets also moved higher over on Monday. While the German DAX Index surged up by 1.9 percent, the U.K.’s FTSE 100 Index advanced by 1 percent and the French CAC 40 Index rose by 0.6 percent.

Crude oil prices plunged sharply on Monday, pushing the front month contracts to their lowest close in more than 18 years. WTI crude for May ended down $1.42 or about 6.6 percent, at $20.09 a barrel, the lowest settlement since February 2002.

A little over a week into 2022 we’ve already experienced some major market movements.... END_OF_DOCUMENT_TOKEN_TO_BE_REPLACED

One of the FTSE 100’s current disadvantages, when it has come to attracting international... END_OF_DOCUMENT_TOKEN_TO_BE_REPLACED

Did you know you could build wealth by investing in Lego? A study suggests... END_OF_DOCUMENT_TOKEN_TO_BE_REPLACED

With most major stock markets around the world spending time at or near record... END_OF_DOCUMENT_TOKEN_TO_BE_REPLACED

For years, Baillie Gifford’s technology funds have been driving outsized returns for the mainly... END_OF_DOCUMENT_TOKEN_TO_BE_REPLACED