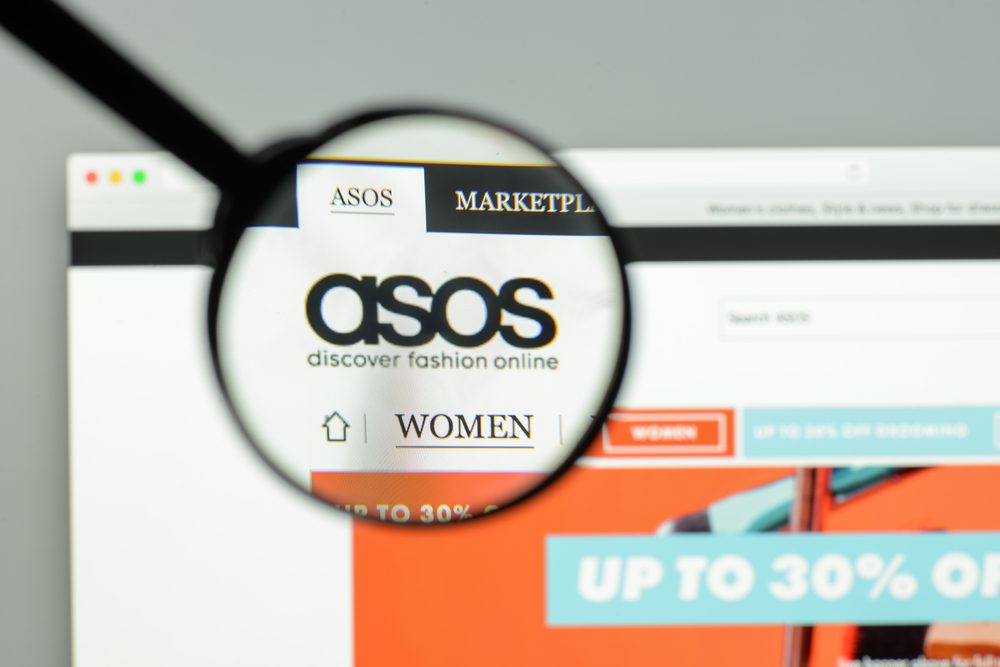 The Asos share price has plunged 15% today meaning the fast fashion retailer has seen its value more than halve since the beginning of the year. The sharp drop follows the surprise announcement this morning chief executive Nick Beighton is to depart his role with immediate effect. Asos also simultaneously issued a profit warning, telling investors costs are forecast to rise sharply as a result of supply chain disruption.

Asos will also have a new chairman with the company with Ian Dyson to take the role at the head of the board currently occupied by Adam Crozier who announced in August he was leaving to take up the chairmanship of BT next year. 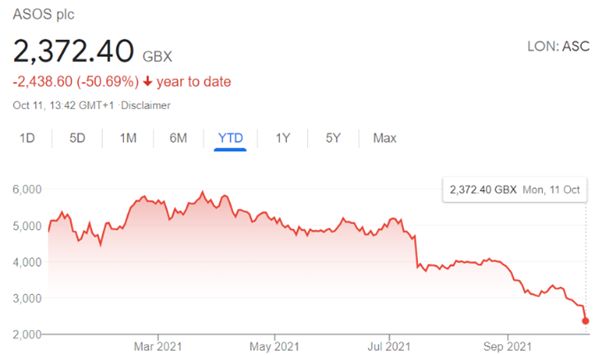 It was, however, the change in chief executive that caught markets, and apparently Asos, by surprise. The decision was taken, said the company, after Mr Beighton informed the board he could not commit to the entire 5-year duration of its planned international expansion. The changes announced today will now, hopes Asos, “underpin the delivery of the next phase of its global growth strategy”.

Asos do not have a replacement chief executive lined up and current chief financial officer Mat Dunn will assume the additional responsibilities of leading the business day-to-day as interim CEO. The search for Mr Beighton’s full-time replacement has been initiated.

Mr Beighton commented on the surprise announcement by highlighting the progress that has been made during his tenure:

“When I joined, there were fewer than 200 people and we had annual sales of around £220 million. I leave a business reporting turnover of almost £4 billion, with more than 3,000 fantastic Asos-ers delivering for 26 million customers in 200 markets around the world.”

Annual results originally due to be published on Thursday were brought forward to today and included a profit warning based on “notable cost headwinds” the group now expects this year as a result of labour cost inflation and steeply increased freight costs. Analysts had been forecasting Asos profits of £186 million which the company said it now expects to come in at between £110 million and £140 million.

Asos was also planning to brief investors and analysts on its long-term plans on Thursday at a capital markets day. That has been postponed with the search for Mr Beighton’s replacement now the clear priority.

Asos was one of the beneficiaries of lockdown conditions since the onset of the Covid-19 pandemic. Its share price hit a recent high of 5772p in February but has since fallen back to earth with a bump to its current level of 2372.4p.