The AstraZeneca share price has gained over 3% in early trading this morning after weekend reports of clinical trials for a new advanced breast cancer drug “shattering expectations”. The FTSE 100 pharmaceuticals giant’s head of oncology David Fredrickson was quoted in yesterday’s Sunday Times as delivering the hugely optimistic update on new drug Enhertu, raising the prospect of it becoming a new blockbuster treatment for AstraZeneca.

Clinical trial results of Enhertu, used to treat metastatic breast cancer that has spread to other parts of the body, have shown “vastly improved” patient outcomes in comparison to existing treatments. It targets the Her2 breast cancer mutation around 20% of women with the disease have and which accelerates its progression. 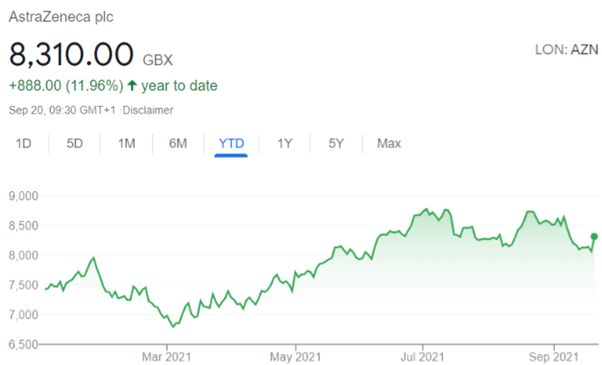 Fredrickson was quoted over the weekend as sounding genuinely excited about the clinical trial results as he said:

“It’s a special moment to be able to see the data and to be able to know that as of Monday, it can transform the discussions that physicians are going to have with their patients.”

The announcement was made at the ESMO European oncology conference held this weekend and running until Tuesday September 21. The conference is being held virtually for the second year running.

Enhertu has been developed as a joint venture with AZ’s Japanese peer Daiichi Sankyo. Currently, Swiss pharma-giant Roche’s drug Kadcyla is the standard treatment for aggressive, late-stage breast cancer and is the treatment Enhertu has been tested against. The data made public over the weekend showed that 80% of patients responded to Enhertu compared to a success rate of around a third for Kadcyla. The cancer of 75% of patients treated with Enhertu had not progressed a year after starting medication compared to a third of those treated with Kadcyla, prompting Fredrickson to assert

“those numbers are dramatic in enhanced disease.”

As well as hopefully benefitting millions of breast cancer patients UBS analysts estimate Enhertu sales could reach single-digit billions of dollars. The performance of AZ’s oncology business has improved dramatically under current chief executive Pascal Soriot. Sales saw growth of 19% to $6.4 billion over the first half of this year.

The AstraZeneca share price has gained almost 12% since the beginning of the year.