Australians not overly concerned with Chinese investment in agriculture 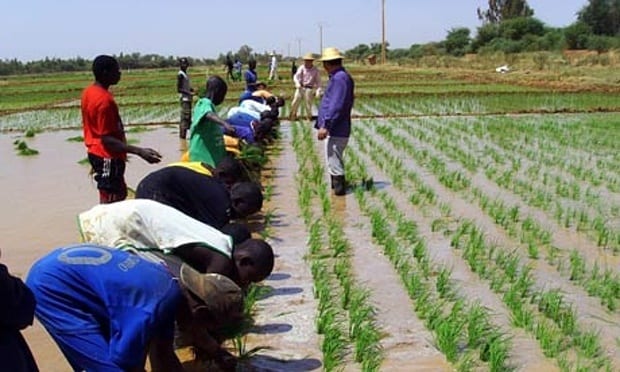 Restrictions imposed on Chinese investment in agriculture are clearly political according to the Australian Chinese Relations Institute or ACRI. It says that its views are supported by a new research. It says that the timing is worst, coming at a time when Australian farmers are eager about booming Asian markets.

Chinese farmland investment worth over $15 million and agribusiness worth $55 million must gain FIRB or Foreign Investment Review Board approval as in November. The Australian Labor Party has described them as ‘protectionist’ and opposed the changes. Barnaby Joyce, the Federal Agriculture Minister, said the measures were being put in place because ‘it’s what Australians want’, on the passing of the legislation.

He said, “We’re lowering the threshold at which FIRB scrutiny is required because overwhelmingly that is the view of the Australian people”. “They want greater protections on who owns what, and a greater understanding of who owns what, and the most sensitive area they look at is the actual ground we stand on.”

But the Australian government’s view does not confirm to the outcome of the research carried out by University of Technology Sydney (UTS) Business School commissioned by ACRI.

Mr Laurenceson said that the research was conducted across Australia, in both urban and rural areas, and one of the surprising findings was there was very little difference in attitude to foreign investment. It is generally upheld in agricultural circles that it is the urban populations which are opposed to foreign investment in farming. It is not only China but Japan and Korea as well, which will now require FIRB nod, especially when it comes to the State Owned Enterprises or the SOEs.

Added Mr Laurenceson, “What the research found was the public is indifferent to investment by a foreign company that is state owned or privately owned” and believes the media to be responsible for a lot of anti-Chinese investment sentiment.

“The USA for example can invest up to $1.1 billion without needing any checks by the Australian government or FIRB.” And the strict criteria also don’t apply to New Zealand and Chile.

“But the truth is it’s actually China that’s buying more of our agricultural produce than any other country.”

That the international travel sector is, thanks to the Covid-19 pandemic, in a bit... END_OF_DOCUMENT_TOKEN_TO_BE_REPLACED

With a growing number of economists arguing there is a high chance we are... END_OF_DOCUMENT_TOKEN_TO_BE_REPLACED

While most still caveat the argument with the get-out clause it is far from... END_OF_DOCUMENT_TOKEN_TO_BE_REPLACED

Natural gas prices have rocketed with Russia accused of managing supply to drive up... END_OF_DOCUMENT_TOKEN_TO_BE_REPLACED

After their valuations boomed in 2020, the UK’s online fast-fashion giants of Asos and... END_OF_DOCUMENT_TOKEN_TO_BE_REPLACED