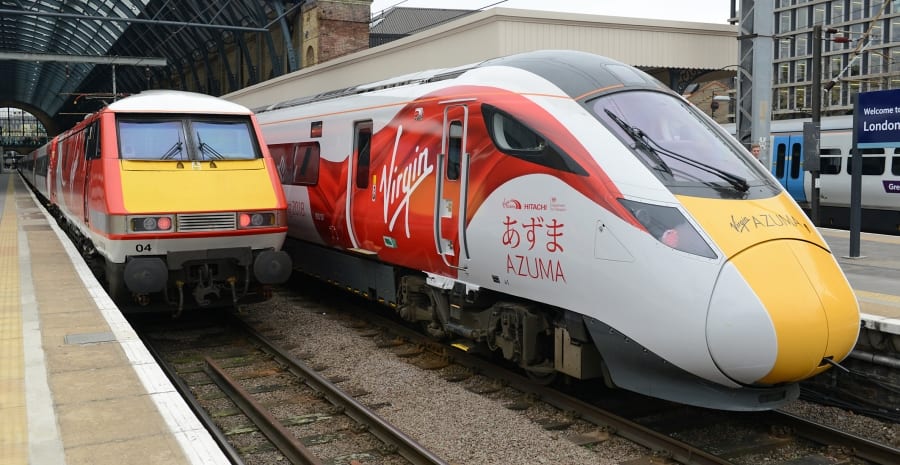 Virgin Trains will operate Azuma trains on the east coast

The train has been named ‘Azuma’, which translates to ‘East’ in Japanese language in homage to Japanese bullet train technology and the coast on which it will operate. Azuma is a nine-car vehicle which travels on both electric and diesel power and accelerates faster than existing trains on the network.

A test run by Hitachi, the maker of the high-speed trains, was performed during which a train travelled from London to Edinburgh in four hours, saving 22 minutes. Hitachi will roll the new 65-strong fleet which will run on Virgin Trains’ east coast route. The trains are being built at Hitachi’s facility in Newton Aycliffe, County Durham.

“Making rail an attractive alternative is an ideal way to encourage more people out of their cars and onto greener transport. This new fleet of trains serving stations all across the north and east of the country offer more opportunities for passengers to travel by rail in the future.”

“The Virgin Azuma will deliver a step-change in services between Scotland and England, taking regular journeys down to just four hours. Having the train visit Scotland for the first time as part of testing is a really important moment and reminds us of the excitement it will bring to UK train travel when it is introduced into service.”

“Passengers and enthusiasts in Scotland will be seeing more of the Azuma trains in the coming months as part of our rigorous test programme. Our UK-built fleet harnesses world famous Japanese bullet train technology, giving passengers on the east coast main line the very best in quality and reliability.”

A little over a week into 2022 we’ve already experienced some major market movements.... END_OF_DOCUMENT_TOKEN_TO_BE_REPLACED

One of the FTSE 100’s current disadvantages, when it has come to attracting international... END_OF_DOCUMENT_TOKEN_TO_BE_REPLACED

Did you know you could build wealth by investing in Lego? A study suggests... END_OF_DOCUMENT_TOKEN_TO_BE_REPLACED

With most major stock markets around the world spending time at or near record... END_OF_DOCUMENT_TOKEN_TO_BE_REPLACED

For years, Baillie Gifford’s technology funds have been driving outsized returns for the mainly... END_OF_DOCUMENT_TOKEN_TO_BE_REPLACED