Baillie Gifford back cryptocurrencies trend to the tune of $100 million with investment in Blockchain.com 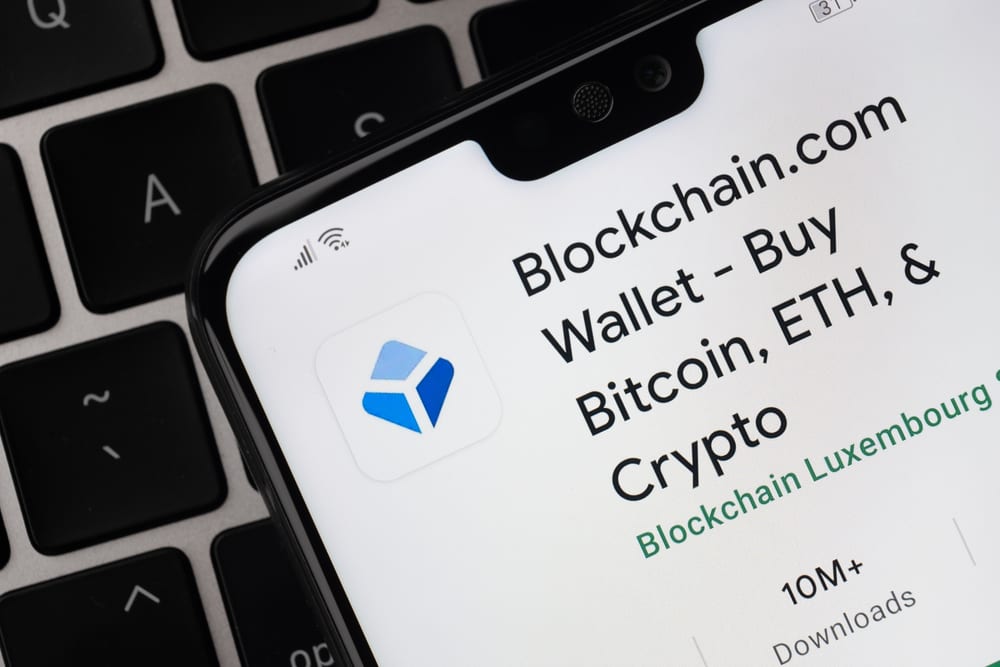 The Scottish fund manager Baillie Gifford, arguably Britain’s most successful major tech sector investor after a string of successful bets on the sector including a stake in Tesla, has taken a $100 million (£72 million) position on the future of cryptocurrencies. That’s the value of the equity stake the Edinburgh-based investor has taken in York-founded Blockchain.com as part of an overall $300 million investment round valuing the start-up at $5.2 billion.

Blockchain.com was established in York ten years ago in 2011 and has since moved its headquarters to Luxembourg – one of Europe’s tax haven financial centres and benefiting from more relaxed regulation than most other parts of the continent. The company has two core business units, a digital currency exchange and a digital assets market data provider.

Blockchain.com’s business has benefitted from the resurgent interest in cryptocurrencies over the past year, which has recently driven the exchange value of bitcoin up above $60,000. The company says its exchange platform is used by more than 31 million people across 200 countries. The user base tripled over the 12 months to March.

Baillie Gifford’s Scottish Mortgage Trust has delivered among the best returns of any major UK fund in recent years, mainly thanks to a series of spectacularly successful investments in technology companies – most recently electric car maker Tesla. It’s stake in Tesla is second only to that held by CEO and co-founder Elon Musk. The Trust was also an early investor in technology giants Amazon and Google. 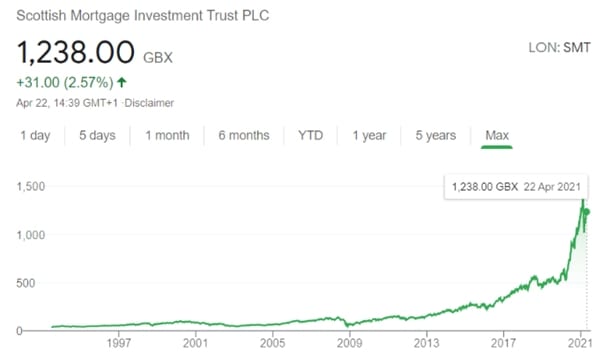 The huge rise in the valuations of the biggest technology companies in recent years has seen the Scottish Mortgage Investment Trust’s share price gain over 400% over the past 5 years. The fund manager currently controls around $445 billion in assets across its portfolio.

Baillie Gifford’s eye for picking the right technology trends over the years means investors now keep a keen eye on where it puts its money. And while the £73 million investment in Blockchain.com is relatively modest in the context of the levels the asset manager typically operates at, it will still be considered a show of faith in the potential of cryptocurrencies and blockchain technology.

The Baillie Gifford investment and news the $300 million funding round had been successfully closed was announced yesterday by Blockchain.com’s chief executive and co-founder Peter Smith. He said his company’s aim is to introduce digital currencies to “the next billion people”.

He also said his company was

“highly profitable across each of our business lines” and has “one of the most significant balance sheets in the industry”.