Last summer video games maker Epic, the company behind the hit multi-platform Fortnite title, took the brave step of suing Apple. Epic makes a lot of money via Apple’s App Store thanks to downloads of Fortnite by iPhone and iPad users and their subsequent in-app spend.

Apple makes a lot of money from Fortnite downloads and in-app spend too. 30% of everything, to be precise, as it does from any app downloaded from its App Store. iPhone and iPad users can only download apps from the App Store.

Epic argues that Apple is exploiting the fact app publishers are obliged to go through the App Store to reach iPhone users. Its stranglehold, Epic thinks, means the App Store operates at 78% profit margins. 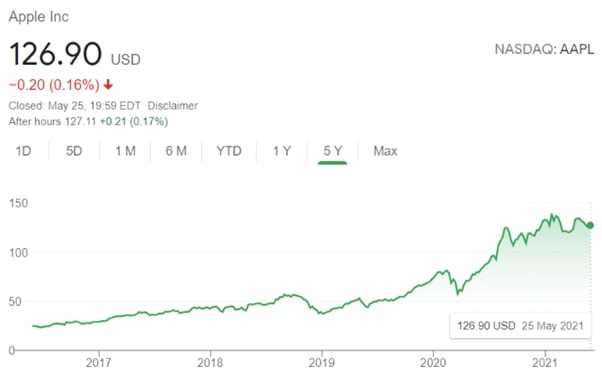 The spat dates back to last year when Apple ejected Fortnite from the App Store for attempting to get around its 30% charge on all money spent by users of apps downloaded from it. Epic sued and the trial, which ran this month and concluded Monday, has been eagerly anticipated.

Before the start of the trial legal experts gave Epic a one in three chance of success. As the judge, Yvonne Gonzalez Rogers, considers her verdict after Monday’s conclusion of the trial many analysts now put Epic’s chances at slightly better than even, largely as a result of Apple’s refusal to properly answer questions around profit markets.

With a verdict not expected until mid-August, Apple has plenty of time to stew over the potential ramifications of a judgement in Epic’s favour. It would upend a core part of the business model that has seen Apple become the most valuable company in the world.

One thing US district judge Gonzalez Rodgers will consider is a precedent set by a case over a century ago that found in 1912 a group operating the rail routes in and out of St Louis was operating an illegal monopoly by blocking rivals. Epic’s lawyers argue that the number of iPhone users means the App Store, like railways infrastructure, now counts as an “essential facility”.

Apple disputes that on the basis iPhone and iPad users are free to exchange their technology for other devices and platforms and are not locked into its ecosystem. Epic admits its case represents the “frontiers of antitrust theory” and success relies on the judge accepting new definitions of what constitutes a ‘market’. The judge must accept Apple’s devices constitute a significant enough market themselves to count as an essential facility.

There is hope for Epic in a statement made by judge Gonzalez Rodger last Friday when she said:

“The 30 per cent number has been there since the inception. And if there was real competition, that number would move. And it hasn’t.”

The rest of big tech will be waiting nervously until the verdict is delivered. If the App Store is an essential facility then Google’s Android equivalent Play must be too. What about Amazon’s e-commerce platform or Facebook? If Epic wins, the next antitrust case against big tech’s grip over huge swathes of the market would have a far more recent precedent than a 1912 case against St. Louis railways operators.

The private equity sector and cash-rich firms that comprise it split opinion. Some view... END_OF_DOCUMENT_TOKEN_TO_BE_REPLACED

At the end of August, The Times newspaper reported on two real estate funds,... END_OF_DOCUMENT_TOKEN_TO_BE_REPLACED

The Covid-19 pandemic has famously seen many sectors of the economy fall into two... END_OF_DOCUMENT_TOKEN_TO_BE_REPLACED

Britain, like most of the world, has traditionally been a country of milk and... END_OF_DOCUMENT_TOKEN_TO_BE_REPLACED