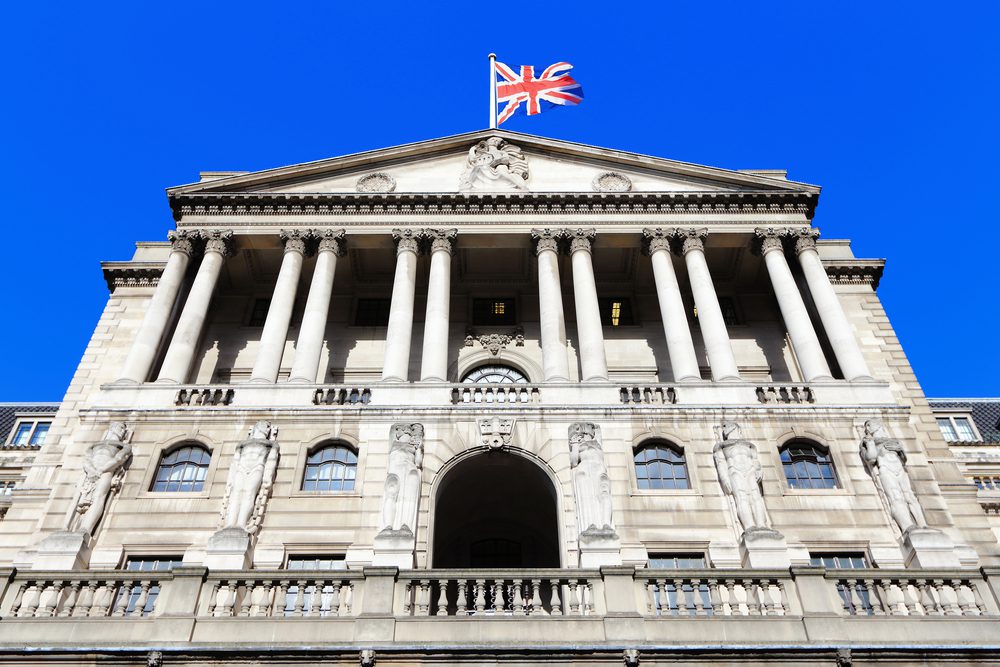 The bank now expects inflation to rise further in the near term, temporarily reaching 4% in 2021 Q4 and 2022 Q1

The Bank of England (BoE) left its monetary policy unchanged on Thursday, but warned of an above-target inflation in the near term.

Policymakers unanimously decided to keep the Bank’s main lending rate at a historic low of 0.1%, where it has been since March 2020, and voted 7-1 to maintain the quantitative easing program at £895 billion ($1.25 trillion).

Overall, Bank staff now expect inflation to rise materially further in the near term, temporarily reaching 4% in 2021 Q4 and 2022 Q1, 1½ percentage points higher than in the May projection, the bank said in its monetary policy report.

The Bank’s Monetary Policy Report said the temporary rise in the consumer price index is primarily due to rising energy and other goods prices, which are set to moderate in the medium term to bring inflation back toward its 2% target.

U.K. Gross Domestic Product (GDP) is expected to have increased by 5% in Q2 2021, leaving it around 4% below pre-pandemic levels and slightly above the BOE’s projections in its May report.

Sterling edged higher 0.2% to just above $1.39 on Thursday afternoon.

BoE Governor Andrew Bailey told CNBC on Thursday that while the growth figures suggest the economy is recovering, this needed to be put into context. As of now, the level of economic activity is still about 4% lower than it was at the end of 2019, pre-Covid. In any normal state of the world, that is a big number.

He said: It is only not a big number in the sense that we have had such huge gyrations in the economy over the last 18 months. We still have 4% to catch up and even then, of course, we have had no growth over nearly two years.

Notably, the U.K.’s unemployment rate has declined over the last two quarters to 4.8% in the three months to May, though it remains around one percentage point higher than its pre-Covid rate. The Bank now expects the rate to decline consistently, having peaked at a much lower level than previously anticipated.

I think it is particularly good news on unemployment because we have reduced our forecasts for unemployment and really given it a very different profile, which is that we think it is going to decline from here on, Bailey said, also expressing pleasant surprise at this shifting trajectory.

The BOE now expects U.K. GDP to grow by 3% in Q3, weaker than forecast in the May report, given a recent surge in Covid-19 cases.

However, the economy is expected to reach its pre-pandemic level in the final three months of the year as the impact of the pandemic wanes, before growth slows to more “normal” rates in part due to gradual tightening of fiscal policy.

A little over a week into 2022 we’ve already experienced some major market movements.... END_OF_DOCUMENT_TOKEN_TO_BE_REPLACED

One of the FTSE 100’s current disadvantages, when it has come to attracting international... END_OF_DOCUMENT_TOKEN_TO_BE_REPLACED

Did you know you could build wealth by investing in Lego? A study suggests... END_OF_DOCUMENT_TOKEN_TO_BE_REPLACED

With most major stock markets around the world spending time at or near record... END_OF_DOCUMENT_TOKEN_TO_BE_REPLACED

For years, Baillie Gifford’s technology funds have been driving outsized returns for the mainly... END_OF_DOCUMENT_TOKEN_TO_BE_REPLACED