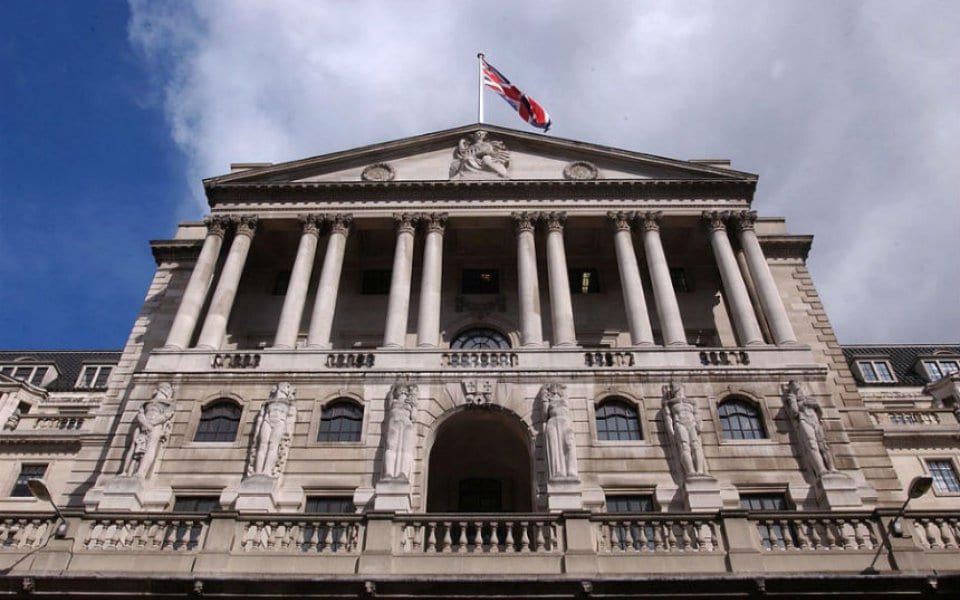 Bank of England is the regulator and central bank of the United Kingdom. The bank’s headquarter is on Threadneedle Street in London’s main financial district of the City of London. It is a government-owned organisation that is dedicated to public service. The bank is committed to promote good of the people of UK. Bank of England is a diverse organisation and consists of 3600 people.

The bank is responsible for maintaining monetary and financial stability of the country. It is a banker to the government but it sets monetary policy independently. It is one of the eight banks that are authorised to issue banknotes in the United Kingdom but the bank has a monopoly on the issue of banknotes in England and Wales. It regulates the issue of banknotes by commercial banks in Scotland and Northern Ireland.

History
Bank of England was established in 1694 to act as the English government’s banker and continues to be so at present. After Sveriges Riksbank, it is the second oldest central bank in operation today. Internationally, it is the 8th oldest bank.

Since its foundation, the bank was privately owned by stockholders till the time of its nationalisation in 1946. It became an independent public organisation in 1998 that was wholly owned by the Treasury Solicitor on behalf of the government.

It has a Monetary Policy Committee which manages the monetary policy. The bank does not offer any consumer banking services apart from some public services such as exchanging superseded bank notes.

A little over a week into 2022 we’ve already experienced some major market movements.... END_OF_DOCUMENT_TOKEN_TO_BE_REPLACED

One of the FTSE 100’s current disadvantages, when it has come to attracting international... END_OF_DOCUMENT_TOKEN_TO_BE_REPLACED

Did you know you could build wealth by investing in Lego? A study suggests... END_OF_DOCUMENT_TOKEN_TO_BE_REPLACED

With most major stock markets around the world spending time at or near record... END_OF_DOCUMENT_TOKEN_TO_BE_REPLACED

For years, Baillie Gifford’s technology funds have been driving outsized returns for the mainly... END_OF_DOCUMENT_TOKEN_TO_BE_REPLACED