The share prices of Barclays and Lloyds have slumped by over 4% and 8% respectively today after the two major British banks published their quarterly results. For Barclays, the drop came despite the bank managing to post a profit over the first half of 2020 thanks to the success of traders in its investment banking division. However, investors have reacted negatively to a £1.6 billion impairment charge, set aside for bad loans, which came in higher than expected. 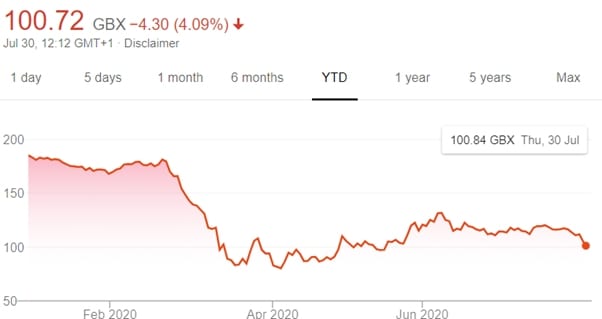 Lloyds reported a £602 million loss as it booked an impairment charge for a bad loans provision of £2.4 billion. Added to the £1.4 billion impairment charge for the bad loans provision set aside over the first quarter, the total for the half year reaches almost £4 billion. The bank’s share price is down over 8% at just after midday in London as investors take fright. 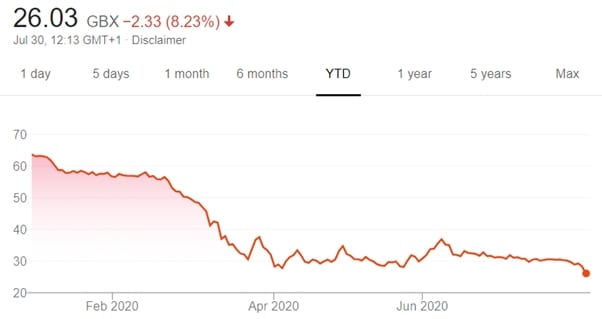 Both banks are negative on the UK’s economic prospects over the months ahead, with Lloyds’ bad debts provision based on its forecasts that unemployment will peak at 12.5 million next spring. The bank’s analysts are also predicting an around 10% slump in GDP. Lloyds has predicted total impairment charges for 2020 to come in at between £4.5 and £5.5 billion. Barclays said expects its figure to come in at around £5.8 billion, compared to analyst expectations for £5 billion.

Lloyds reported a 16% drop in its income over the period to £7.4 billion. The drop was attributed to a combination of customers spending less over lockdown, 1.1 million retail customers being given payment holidays on loans and mortgages. 33,000 companies were also allowed to delay repayments on capital borrowing.

Of those given payment holidays, Lloyds says 72% have begun to repay loans, 25% have extended their grace period on repayments and 5% have fallen into arrears. However, chief executive Antonio Horta-Osorio confidently stated that the bank’s finances are more than strong enough to “weather the storm”, and continue to lend. The bank has lent around £9 billion in government-backed loans designed to see companies through the coronavirus crisis, accounting for around 20% of total lending.

Barclays’ investment banking division delivered a 31% increase in pre-tax profits, which came in at £2.24 billion. However, investors were disappointed that still represented a significantly more modest performance than achieved by rival investment banks from the USA, including Morgan Stanley, JP Morgan and Goldman Sachs.