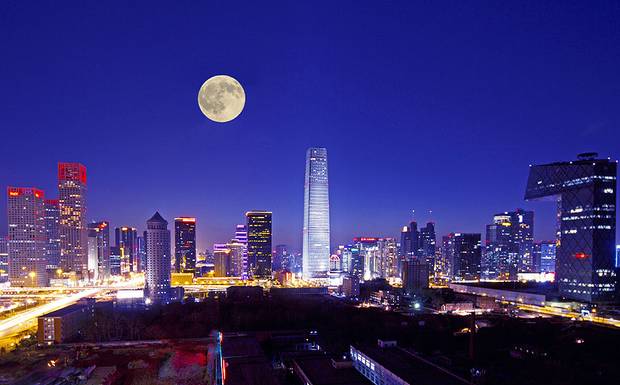 The boss of U.S. ride-hailing app Uber told CNBC has said that in the next five-to-10 years, innovation out of Beijing will rival Silicon Valley.


Uber is headquartered in the Bay Area of San Francisco which is known for its highly-valued start-ups and is the world’s most valuable start-up worth over £43.55 billion.

Uber chief executive Travis Kalanick told CNBC that Uber has been investing heavily in both China and India and after spending time in those markets, he was convinced that cities there could rival San Francisco.

“The Chinese culture is incredibly entrepreneurial and…has incredible educational institutions, they have great engineering here and so I think the surprise that maybe a lot of folks will be seeing in the next five to 10 years if the amount of innovation that’s gonna be happening in Beijing, is gonna start to rival what we see in the Bay area,” Kalanick told CNBC at the Boao Forum in China.

“I like to say that the global innovation hubs in the coming 10 years is about the 3 Bays. It’s the Bay Area, its Beijing and its Bangalore. And Beijing’s rise as a technology hub is about to be seen in a big way at least that’s my sense.”

Uber has focussed its international expansion on India in a big way in the last year. In 2015 it pledged to pour £0.70 billion into the region on top of receiving funding from Indian business giant Tata. In China, its division is valued at £5.62 billion. But Uber faces stiff competition from innovative start-ups out of the country’s technology hubs in both markets.

That the international travel sector is, thanks to the Covid-19 pandemic, in a bit... END_OF_DOCUMENT_TOKEN_TO_BE_REPLACED

With a growing number of economists arguing there is a high chance we are... END_OF_DOCUMENT_TOKEN_TO_BE_REPLACED

While most still caveat the argument with the get-out clause it is far from... END_OF_DOCUMENT_TOKEN_TO_BE_REPLACED

Natural gas prices have rocketed with Russia accused of managing supply to drive up... END_OF_DOCUMENT_TOKEN_TO_BE_REPLACED

After their valuations boomed in 2020, the UK’s online fast-fashion giants of Asos and... END_OF_DOCUMENT_TOKEN_TO_BE_REPLACED