Beyond Meat share price leaps 17.7% on joint venture with Pepsico 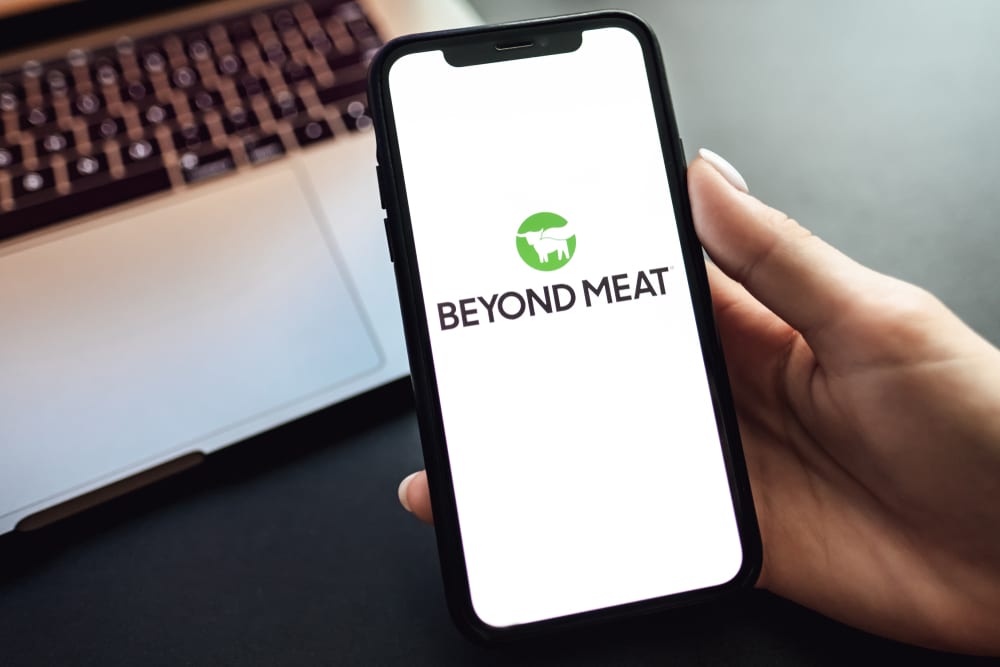 The Beyond Meat share price leapt by almost 18% yesterday on the announcement of a joint venture with soft drinks giant Pepsico. Pepsico will work together with the plant-based meat alternatives company to develop and sell snacks and drinks made from plant-based protein. The joint venture is planned for launch later this year under the name Planet Partnership.

For Pepsico it’s an opportunity to develop its healthy food business. The company has understood growing concerns around obesity levels internationally could ultimately hurt its traditional business selling sugary or sweetener-laced soft drinks and snacks that would be labelled junk food. As a result its mid to long-term strategy is to reduce reliance on these products by also offering healthier alternatives. 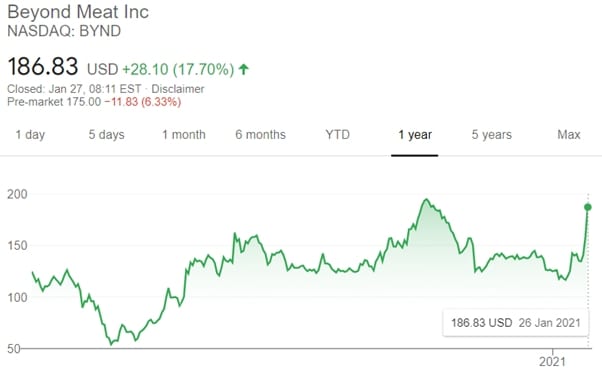 For Beyond Meat, the tie-up is the latest in a series of marketing partnership wins, with joint ventures also agreed with companies including KFC, Taco Bell, Denny’s and Starbucks. The company’s plant-based faux beef burgers have both ridden, and helped drive, the recent trend of heightened consumer interest in plant-based food.

However, Beyond Meat’s sales, which boomed at the start of the pandemic, slowed down over the three months ending September 30th. The Pepsico deal is expected to help the company move past that dip in growth rate.

Ethan Brown, Beyond Meat’s chief executive, said his company’s benefit from the joint venture would be access to Pepsico’s bigger and more developed distribution and marketing resources. It will also allow it to expand into new product lines. It will, believes Mr Brown, who is also the Beyond Meat founder, launching the company in 2009, “inspire positive choices for both people and the planet”.

Pepsico global chief commercial officer Ram Krishnan commented on the deal and new direction for his company with:

“Plant-based proteins represent an exciting growth opportunity for us and a new frontier in our efforts to build a more sustainable food system.”

Beyond Meat is one of a cohort of Silicon Valley-backed meat alternative start-ups. Impossible Foods is its best-known rival for the market for plant-based faux burgers, sausages and mince.

Other start-ups in the space are taking an alternative, and even more ambitious, approach and developing lab-grown meat and fish products grown from cell cultures. California-based Finless Foods, focused on lab-grown seafood, is one prominent start-up in the space and Europe also has its players in the new sector, with Netherlands-based Mosa Meats perhaps the best known.