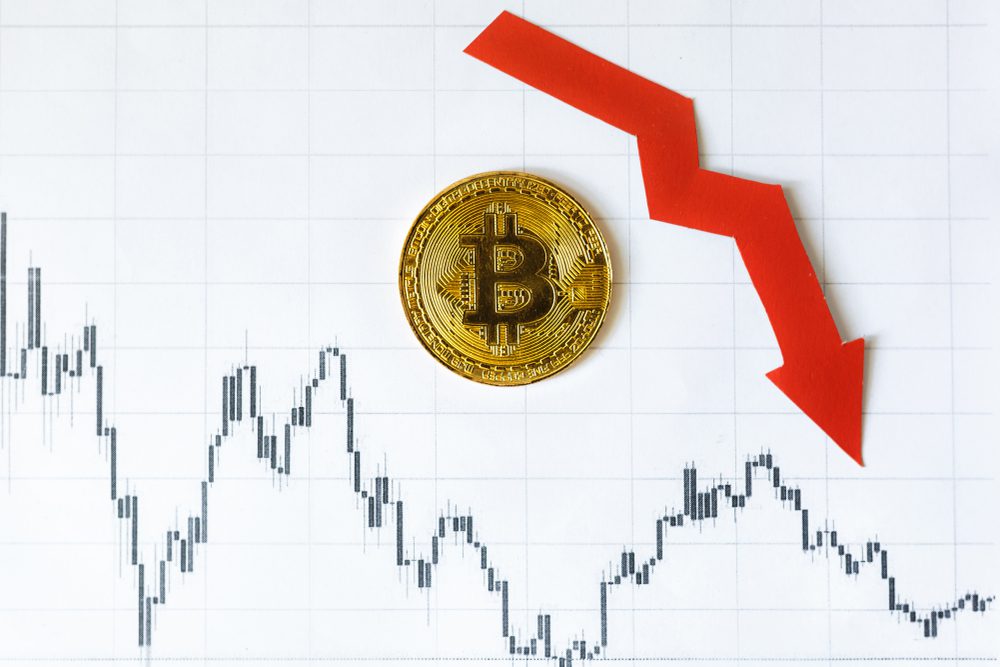 Having briefly rallied to $42,389 early yesterday morning to top off a week of gains that had topped 15% at one point, albeit with some familiar volatility along the way, the bitcoin price has given up around 5.5% in past twenty four hours. That’s taken the exchange value of bitcoin back below $40,000 to around $39,539 into late Monday morning.

The cryptocurrency has suffered a major correction in recent months, dropping from a mid-April high of approach $64,000 to lows of under $30,000 on July 20th. A new rally between that recent bottom and the end of the month was catalysed by a spate of new positive comments from prominent bitcoin supporters like Elon Musk, among other factors. 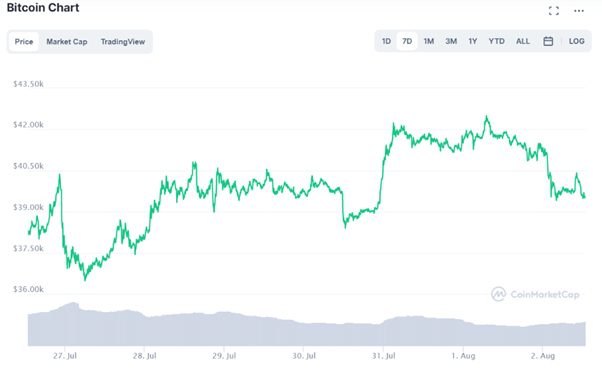 One of those was a job ad placed by e-commerce and cloud computing giants Amazon for a “Digital Currency and Blockchain Product Lead” with the following job description:

“You will leverage your domain expertise in Blockchain, Distributed Ledger, Central Bank Digital Currencies and Cryptocurrency to develop the case for the capabilities which should be developed, drive overall vision and product strategy, and gain leadership buy-in and investment for new capabilities.”

Multiple media outlets, some of them quoting “insider” information, accepted the job ad as evidence Amazon is gearing up to accept bitcoin and other cryptocurrencies as payment. However, not everyone, including FT Alphaville journalist Jemima Kelly, is convinced too much should be read into the job opening.

Amazon itself has denied it is planning any such thing. At least in the near term.

Tesla is, however, ready to resume accepting bitcoin again, having satisfied itself renewable energy sources make up a large enough part of the cryptocurrency’s blockchain’s energy consumption needs. At least that’s what co-founder and chief executive Elon Musk says.

Earlier this year he convinced Tesla’s board to change its investment criteria to invest $1.5 billion of the company’s cash-on-hand in bitcoin. Profits on the investment, realised by selling off some of the original holding, contributed $101 million to its bottom line over the first quarter. That accounted for a quarter of the company’s profits – much more than it made from selling electric cars.

The company also made $518 million selling its carbon credits surplus to other manufacturers who produce traditional petrol and diesel engine vehicles.

Despite the questionable motivation and obvious conflict of interests, Musk’s comments on cryptocurrencies and other digital assets have become one of the most influential factors in price movements over recent months. The bitcoin price plunged in May when Musk criticised the amount of electricity used by the digital currency’s blockchain technology and said Tesla would no longer accept it as payment until it was satisfied enough was generated by renewable sources.

A little over a week into 2022 we’ve already experienced some major market movements.... END_OF_DOCUMENT_TOKEN_TO_BE_REPLACED

One of the FTSE 100’s current disadvantages, when it has come to attracting international... END_OF_DOCUMENT_TOKEN_TO_BE_REPLACED

Did you know you could build wealth by investing in Lego? A study suggests... END_OF_DOCUMENT_TOKEN_TO_BE_REPLACED

With most major stock markets around the world spending time at or near record... END_OF_DOCUMENT_TOKEN_TO_BE_REPLACED

For years, Baillie Gifford’s technology funds have been driving outsized returns for the mainly... END_OF_DOCUMENT_TOKEN_TO_BE_REPLACED