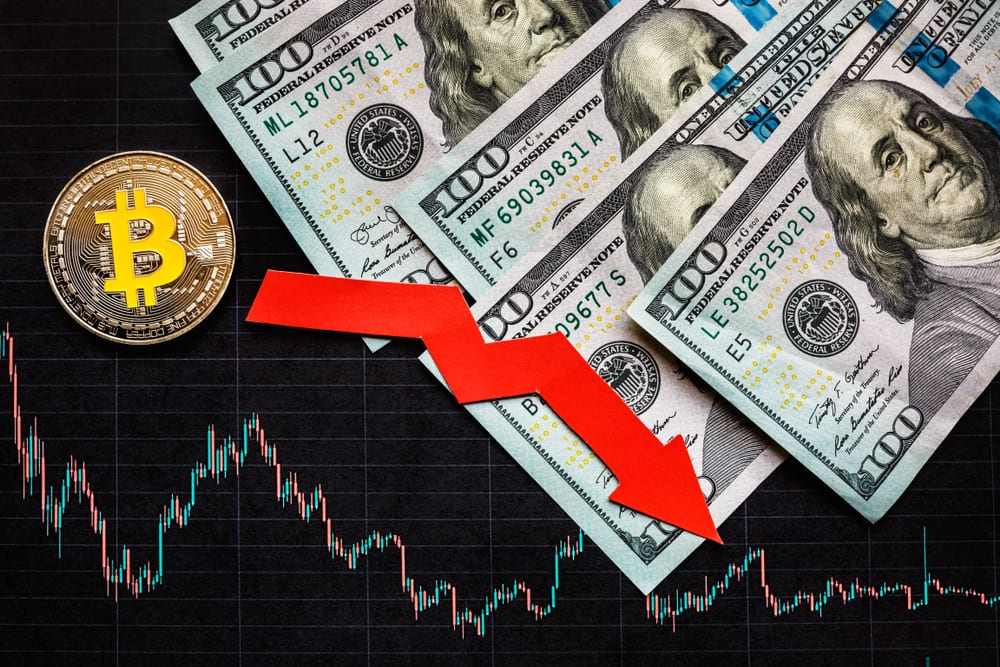 Elon Musk’s February announcement Tesla had invested $1.5 billion in bitcoin and would accept payment in the cryptocurrency for its cars was one of the major catalysts for its price surge. By April the bitcoin price had risen to over $64,000 from around $5000 in March 2020.

The acceleration of the digital economy over the Covid-19 pandemic convinced many digital currencies, especially bitcoin, could finally break into mainstream finance. A high profile entrepreneur like Musk seemingly throwing his weight behind the mainstreaming of bitcoin added credibility to the prospect.

But Musk struck a very different tone on Wednesday when he announced Tesla would no longer accept payment for its all-electric vehicles. His newfound disaffection with the cryptocurrency was, he explained, the result of the “insane” amount of energy consumed by the bitcoin network.

The vast quantities of energy consumed by huge banks of servers that ‘mine’ bitcoin is not news. Mining is the cryptographic process that verifies bitcoin transactions that are then locked into the peer-to-peer blockchain technology it runs on. Bitcoin mining requires huge computing power and is incentivised by awarding newly ‘mined’ bitcoin to the owners of the computers that solved the cryptographic puzzle.

A study by researchers at the University of Cambridge estimates that Bitcoin mining consumes more than 120 Terawatt Hours (Twh) of electricity per year – more than countries like Malaysia, Sweden or Argentina. As such it is perhaps no surprise Tesla, the world’s biggest maker of the electric vehicles it is hoped will help control environmental damage by replacing fossil fuel-powered internal combustion engines, has been criticised by environmentalists for seemingly promoting bitcoin.

A statement posted by Musk on Twitter yesterday read Tesla “has suspended vehicle purchasing using bitcoin”. The reason given for the U-turn was:

“We are concerned about rapidly increasing use of fossil fuels for bitcoin mining and transactions, especially coal, which has the worst emissions of any fuel.”

Musk added of his previous support of bitcoin that popularising the cryptocurrency as an alternative to traditional central bank-issued fiat currencies “cannot come at great cost to the environment”.

The change of heart was welcomed by environmental campaigners but not so much bitcoin investors after the cryptocurrency’s price plunged back below $50,000 on the announcement. 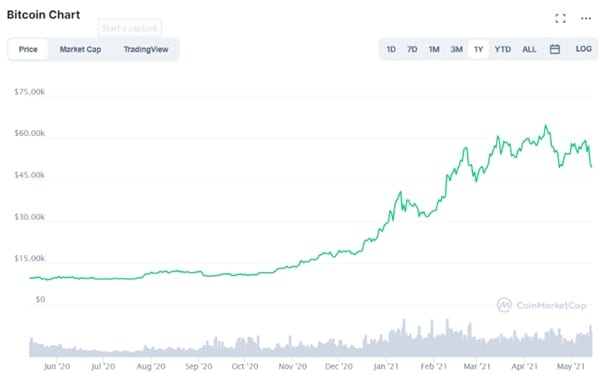 Another negative impacting bitcoin’s price slide was news Binance, one of the biggest cryptocurrency exchanges in the USA, is facing investigation by the US Department of Justice and Inland Revenue Service.

Mark Carney, the former Bank of England Governor who is now Vice Chairman and Head of Impact Investing at Brookfield Asset Management, was one of the voices welcoming Musk’s about-turn. He called for a “resilient, high performance and carbon-free” alternative payments system to offer the advantages of bitcoin without the environmental and regulatory negatives.

“We could now, in payments, be in a Blackberry world about to see the introduction of the iPhone.”

Current BoE governor Andrew Bailey has also said the bank may eventually issue a state-backed digital currency, like an e-pound, but that a number of issues would need to first be resolved such as the setting of interest rates and privacy. He yesterday stated:

“It may well be that we do end up with a digital currency. It’s a few years off at the moment.”

Despite the bitcoin price’s sharp losses since Musk’s Wednesday statement, it is still around 70% up for the year-to-date. Tesla has, however, already sold off some of its bitcoin investment to bank a $101 million profit. The electric car maker will not, however, be selling more for the foreseeable future.

Musk says he and the company still back bitcoin but will wait until “mining transitions to more sustainable energy”, before transacting the digital currency. He also said Tesla is looking into alternative digital currencies built on more energy-efficient technology.