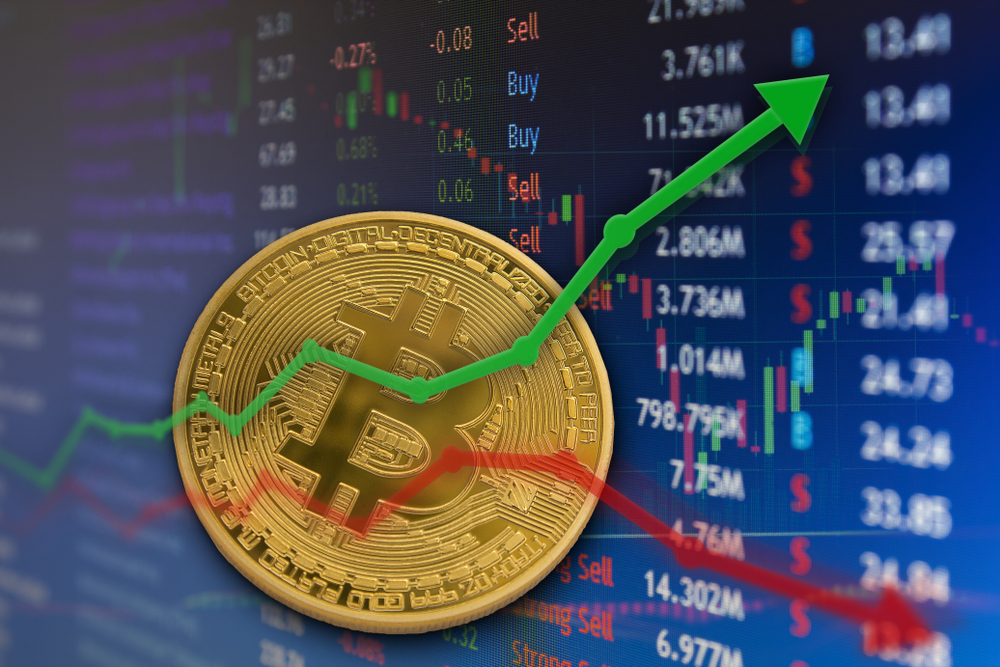 The bitcoin price set a new all-time high of $68,564 this morning surpass the previous record of $67, 017 set last month after gaining more than 7% yesterday. The original cryptocurrency, still by far the biggest by total market capitalisation, has now moved within touching distance of $70,000, which would be seen as a new landmark in its volatile history.

Bitcoin’s value has been boosted by last month’s listing of the first official ETF (exchange-traded fund) linked to its value. As well as being seen as another milestone on the cryptocurrency’s road towards mainstream acceptance, the ETF is likely to have boosted overall demand significantly enough to influence Bitcoin’s price directly. Jefferies analysts have commented they believe the fund’s launch had brought “the whole crypto asset class into the mainstream”. 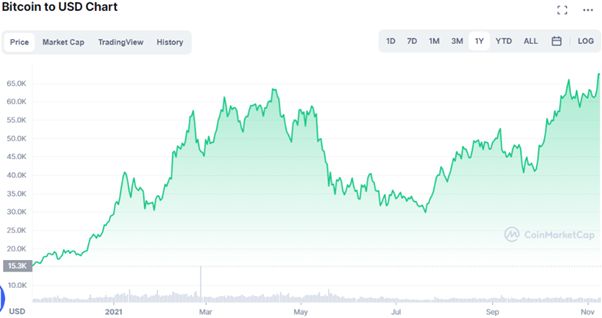 The ProShares Bitcoin Strategy ETF tracks bitcoin futures contracts, which speculate on the future price of the original cryptocurrency. The ETF started trading in New York on Tuesday on Tuesday, October 19th after a 75-day period in which the US Securities and Exchange Commission, the U.S. financial markets regulator, could object to the listing.

Australia’s biggest bank, The Commonwealth Bank, has already announced it will start to offer retail customers cryptocurrency trading facilities through a partnership with U.S.-based crypto-exchange Gemini. Gemini was founded by the Winklevoss twins of Facebook fame. Singapore, which recently stated the “best approach is not to clamp down on or ban these things”, is believed to be positioning itself as cryptocurrencies hub.

There is, however, more scepticism from other quarters. Bank of England governor Andrew Bailey yesterday stated crypto assets were helping support illegal activities:

Bitcoin has been around since 2009 but has so far mainly been used for either speculative trading or the buying and selling of illegal goods and services on the Dark Web. However, advocates believe it is on the verge of a mainstream breakthrough. Tesla briefly started accepting bitcoin payments for its vehicles earlier this year before a u-turn explained as environmental concerns over the amount of power required to run the network. Uber and Twitter have also both hinted at considering accepting the digital currency as payment and using it to pay some staff though no concrete timelines have been indicated.

Some investors are said to be buying into bitcoin as a hedge against rising inflation as an alternative and diversification from gold.

It should, however, be stated that most of the arguments behind bitcoin’s most recent rise are the same as those that have been previously quoted, such as being on the cusp of a mainstream breakthrough. The new ETF is a fresh development but otherwise not a great deal has changed since the previous occassions bitcoin’s dollar exchange value spiked in 2017 and 2019.

Policymakers are still concerned about its role in illegal financial transactions, there are environmental concerns over how much energy the bitcoin network uses and practical issues with the number of transactions per second the network can validate.

In September, China, until recently the global bitcoin mining hub, declared all transactions in the country involving crypto to be illegal.

That the international travel sector is, thanks to the Covid-19 pandemic, in a bit... END_OF_DOCUMENT_TOKEN_TO_BE_REPLACED

With a growing number of economists arguing there is a high chance we are... END_OF_DOCUMENT_TOKEN_TO_BE_REPLACED

While most still caveat the argument with the get-out clause it is far from... END_OF_DOCUMENT_TOKEN_TO_BE_REPLACED

Natural gas prices have rocketed with Russia accused of managing supply to drive up... END_OF_DOCUMENT_TOKEN_TO_BE_REPLACED

After their valuations boomed in 2020, the UK’s online fast-fashion giants of Asos and... END_OF_DOCUMENT_TOKEN_TO_BE_REPLACED