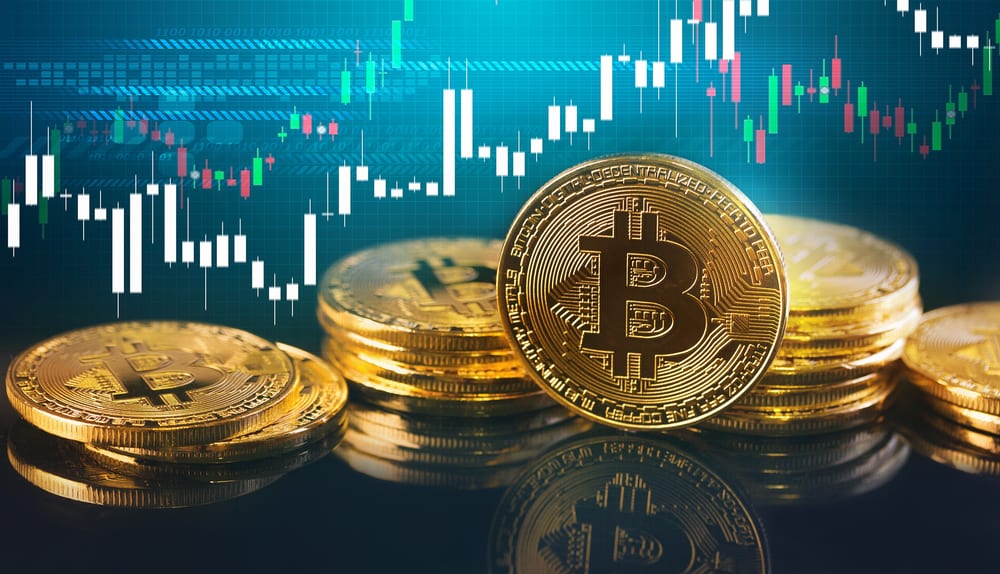 The price of Bitcoin is surging towards ground-breaking levels of $50,000 after Elon Musk announced that Tesla, the electric car maker he is chief executive of, invested $1.5 billion in the cryptocurrency. Musk also said that Tesla will start accepting Bitcoin as payment for its vehicles. This morning the Bitcoin price had reached just over $47500, up almost 22% for 24 hours and 36.8% over 7 days. 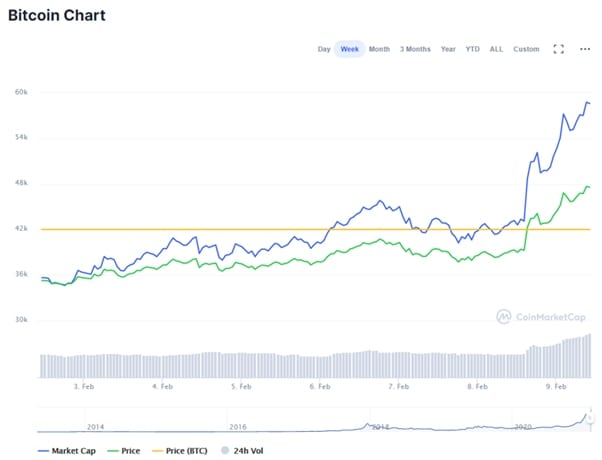 The Tesla announcement was being hailed by some financial markets analysts as a breakthrough moment for the digital currency. Musk himself stated his belief Bitcoin is “on the verge” of mainstream acceptance.

The spectacular gains of the past week mean Bitcoin’s exchange value is now up 50% for 2021 and over 275% since mid-October last year. Proponents will now be convinced the original cryptocurrency is reaching a tipping point into mainstream finance. Cynics will be concerned Musk’s intervention is stoking a bubble to new levels of excess.

Tesla’s investment (or speculation, depending on your point of view) was made possible by its board’s decision to last month approve a change to investment policy, allowing the company to invest in commodities including gold and cryptocurrencies. In a filing to the stock exchange disclosing the $1.5 billion Bitcoin position, Tesla added:

“Moreover, we expect to begin accepting bitcoin as a form of payment for our products in the near future.”

The investment means that investors in the world’s most valuable car manufacturer, Tesla’s market capitalisation has risen above $800 billion after a phenomenal bull run over recent months, also now have exposure to Bitcoin. Even investors in the S&P 500, of which Tesla is now a constituent, have some level of investment exposure. Investment management firm Wedbush Securities published an analysts note that referred to Tesla’s investment as “a major move that will have a ripple effect”, across the world.

Wall Street’s establishment has also appeared to soften its stance towards Bitcoin recently. A little over three years ago BlackRock founder Larry Fink described the cryptocurrency as an “index of money laundering”. JP Morgan chief executive Jamie Dimon threatened to fire any of the bank’s traders caught dabbling in it, even in a personal capacity, calling investing in the digital asset “stupid”.

However, Fink and Dimon appeared to be backtracking with recent statements. The former described a change of opinion on Bitcoin to viewing the cryptocurrency as “something that’s real” and “could evolve into a global market”. Dimon has observed that while digital assets including Bitcoin are still not his “cup of tea”, he admitted he had seen “very smart people” investing in it.

Rivian expected to hit stock market with IPO this year