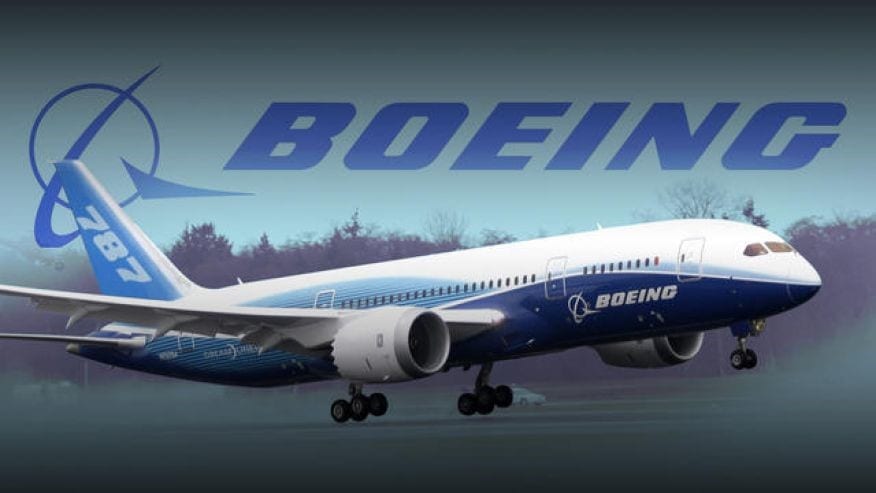 Shares in Boeing jumped in early trading in New York on Wednesday, after the aerospace giant lifted its full-year outlook on the back of a strong third quarter performance.
The Chicago-based company lifted its per-share earnings estimate for 2015 from $7.95 to $8.15, raising its revenue expectations from $95bn to $97bn.

The decision came as Boeing reported a 25% year-on-year increase in third quarter profit to $1.7bn, driven by continued growth in deliveries of commercial airplanes, while revenue climbed 8.7% to $25.8bn.
The figures were ahead of analysts’ expectations for a profit of $2.22 per share on revenue of $24.7bn.

Shortly before the opening bell in New York, the world’s largest aerospace company reported its core operating earnings per share, which exclude volatile items such as pension components, rose 17.7% year-on-year to $2.52.

Operating margin fell from 11.2% to 10% as a result of an increase in research and development costs and a higher number of deliveries of the company’s 787 Dreamliner.

Why do we need technology in schools if it doesn’t improve quality?

That the international travel sector is, thanks to the Covid-19 pandemic, in a bit... END_OF_DOCUMENT_TOKEN_TO_BE_REPLACED

With a growing number of economists arguing there is a high chance we are... END_OF_DOCUMENT_TOKEN_TO_BE_REPLACED

While most still caveat the argument with the get-out clause it is far from... END_OF_DOCUMENT_TOKEN_TO_BE_REPLACED

Natural gas prices have rocketed with Russia accused of managing supply to drive up... END_OF_DOCUMENT_TOKEN_TO_BE_REPLACED

After their valuations boomed in 2020, the UK’s online fast-fashion giants of Asos and... END_OF_DOCUMENT_TOKEN_TO_BE_REPLACED