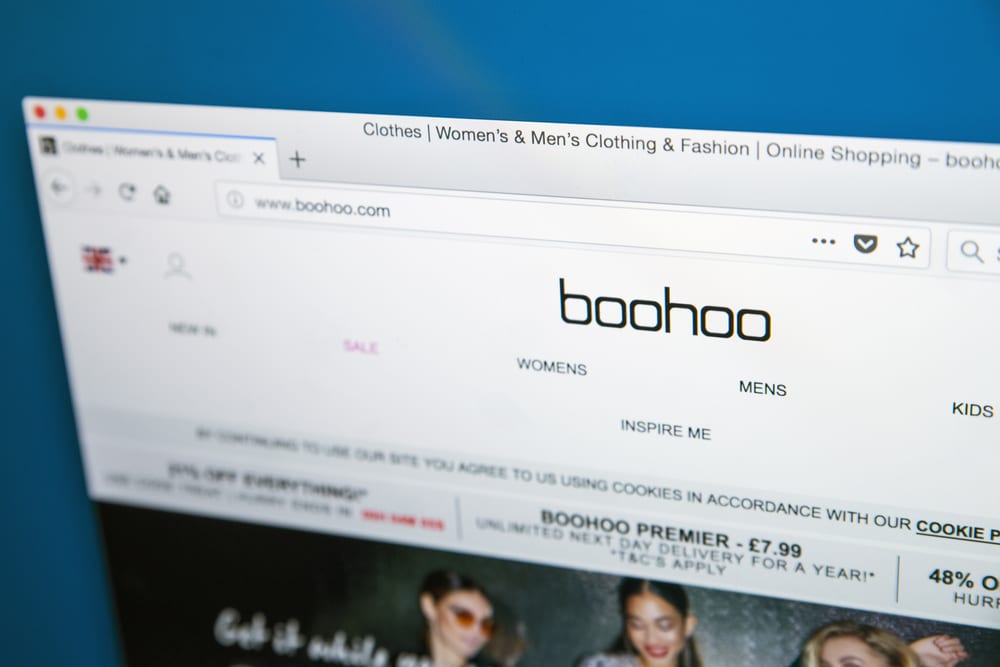 The Boohoo share price yesterday slid by almost 5%, with another 1.5% decline early today, despite following in the footsteps of online fast fashion rival Asos, by also announcing forecast-beating sales growth. The ecommerce group, which was last year dogged by a scandal over poor, often illegal, working conditions in Leicester factories in its supply lines, recorded a 40% rise in sales over the 4 months to the end of December. Market analysts had predicted 29% growth. 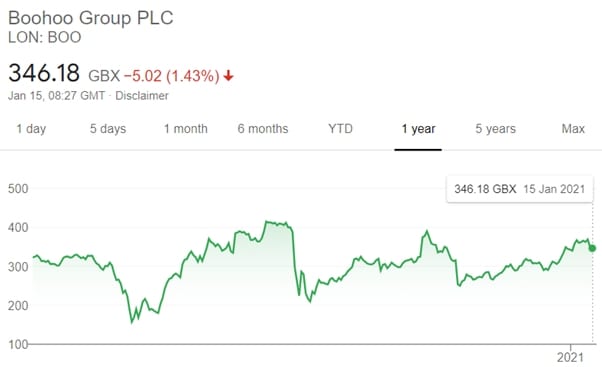 Ecommerce operations have boomed over the past year as a result of several national lockdowns necessitating bricks-and-mortar store closures, as the Covid-19 pandemic has raged. And while Boohoo has benefitted from that shift in consumer behaviour, there is a feeling the company has missed out on an even bigger growth opportunity that might have been capitalised on were it not for the negative publicity.

However, as well as comfortably beating forecasts for its sales performance over the latter part of 2020, Boohoo has also lifted its growth forecasts for 2021. It now expects sales to see growth of between 36% and 38%, which is 6% up on previous guidance.

Boohoo’s Black Friday promotions, when its Pretty Little Thing brand sold dresses for as little as 8p, were a big success, helping to boost sales results over the end of 2020, despite coming in for some criticism. Chief executive John Lytlle yesterday took the opportunity to hit back at the criticism received for selling some items for pennies, saying the offers accounted for:

“a tiny, tiny amount — it is a marketing move. We couldn’t grow sales by 40 per cent if we just sold items for a few pence.”

The company, founded in 2006 by Mahmud Kamani and Carol Kane, plans to reinforce its logistics operation with a new warehouse and is hiring 1000 new employees to boost the growth of recent acquisitions Karen Millen, Warehouse and Coast. All three high street names were bought out of bankruptcy.

Boohoo is also thought to be in pole position to acquire Topshop from Sir Philip Green’s collapsed Arcadia empire. Mr Lytlle yesterday declined to comment on developments around Topshop but did admit he expects the fallout of the Covid-19 pandemic to result in opportunities.

A large part of Boohoo’s success is put down to the short lead times it needs to respond to quickly changing fashion trends. That also why it used the cheap British factories at which an undercover investigation revealed illegally low pay and dangerous working conditions.

The company yesterday published an update of the review it has commissioned on its supply chain, being carried out by the retired judge Sir Brian Leveson. The review’s inspections found that none of Boohoo’s 13 suppliers had “adequate Covid governance in place”.

Last month Boohoo co-founder Mr Kamani told MPs the company had pulled out of working with 64 Leicester factories as a result of them failing to meet the company’s code of conduct. While progress is seemingly being made, Sire Brian’s report said that Boohoo’s “agenda for change” programme would need “continued sustained effort for a considerable period of time”.