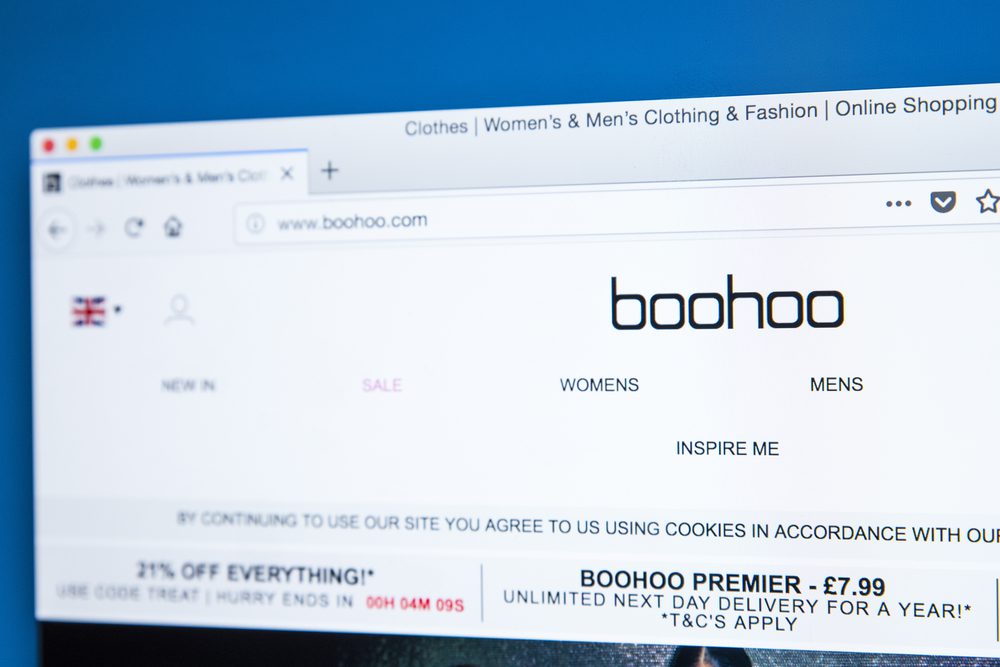 Investors moved away from Boohoo yesterday after it warned that its profits would be hit by rising costs and the end of lockdown.

Collectively, the three businesses have seen £3.3billion wiped off their valuations since the start of the year.

Boohoo took a £26m hit from the increased cost of shipping its cut-price clothes. The results were the first blip in Boohoo’s sales figures since the pandemic began.

In the three months to the end of August sales grew by 9pc, a sharp slowdown compared with the 32 per cent growth rate in the previous quarter.

Boohoo’s profits also took a £26million hit from the increased cost of shipping their cut-price clothes from their factories in Asia.

And the firm had to raise wages in its warehouses to combat a shortage of staff, while extra border checks following Brexit also hit margins.

Overall pre-tax profits dropped 64 per cent to £24.6million in the six months to the end of August.

The bottom line was also hit by massive investment in its stable of newly acquired brands, including Debenhams.com, Wallis and Arcadia’s Burton and Dorothy Perkins.

It has spent money integrating their clothes into its business, as well as on advertising to revitalise their image.

In a further blow, bosses revealed Boohoo took a hit as the percentage of garments sent back has returned to pre-pandemic levels because customers are buying more fitted clothes such as jeans.

But they were confident for the rest of the year, claiming the company is expected to emerge from the pandemic in a far stronger position compared to two years ago.

Chief executive John Lyttle said: We are delighted to have doubled our market share in key markets such as the UK and US, and are excited about the global potential for all of our brands.

Shares in Boohoo have had a torrid run in 2021, falling over 36 per cent since the start of the year. Before the sweatshop scandal, they were trading at over 400p.