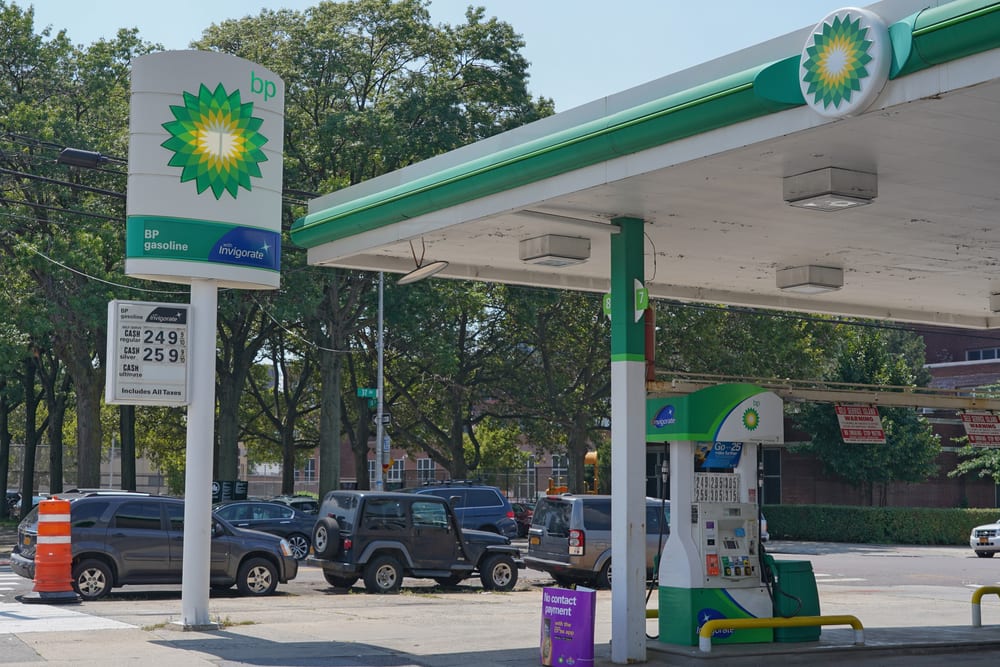 The BP share price has been on the rise this morning, edging up by a welcome 1.7% despite the oil and gas major announcing a fifth consecutive quarter of losses. The share price has been bouncing along close to 25-year lows in recent weeks, with investor sentiment depressed by a combination of current and forecast mid-term oil prices and the huge costs involved in BP’s transition towards a lower carbon energy company.

Over the three months to the end of September, BP lost a total of $644 million, compared to a $351 million shortfall over the same period a year earlier. However, the loss was actually less steep than expected and came as a result of hundreds of millions of dollars in one-off expenses connected to the company’s programme of restructuring and long-term cost cutting.

Stripping out one-off restructuring and impairment costs would have actually left BP with a profit of $86 million. Analysts had expected that figure to be over $200 million worse – a loss of $120 million without restructuring and impairment hits. Last year’s $351 million loss would have been a $2.3 billion profit but for one-off charges but over the third quarter of 2020, average oil prices have been $43 a barrel, down from $62 a barrel a year earlier. 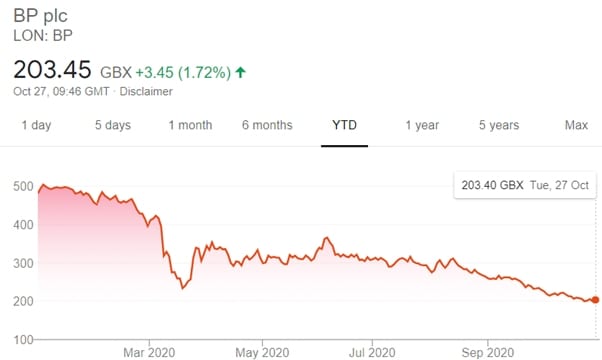 BP is currently in the process of cutting 10,000 jobs from its 70,000-strong global workforce. The cull is designed to reposition the company as a net zero carbon energy producer by 2050.

While BP has undeniably been dealt a heavy blow by deflated oil prices this year, demand has fallen substantially with travel curtailed as a result of the Covid-19 pandemic, the third quarter loss is a big improvement on the record $17.7 billion red number posted for the previous three month. That spectacular loss was booked as a result of vicious impairment charges taken in response to the mid-term oil price outlook, which has considerably fallen over recent months.

“Having set out our new strategy in detail, our priority is execution and, despite a challenging environment, we are doing just that – performing while transforming.”

The company announced along with its quarterly results that around 2800 roles had been cut already over the course of the year to date. Cutting the remaining 7200 positions from the total headcount is expected to be achieved through redundancies by the end of the year. Retraining costs and redundancy packages are expected to cost the company a total $1.4 billion, most of which will be booked this year.

BP hopes its cost cutting programme will reduce its annual operating costs by around $2.5 billion. It says its on track for the new structure to be largely a reality by early next year. Shareholders will, however, have to be patient in waiting for the company’s traditional dividend payments to be reinstated.

Last quarter its dividend was halved and investors told that debt levels will be brought down to around $35 billion before any cash would be returned in the form of share buybacks. As of the end of the third quarter, net debt stood at an improved $40.4 billion. BP expects that total to again fall next quarter as funds from divestments are banked.