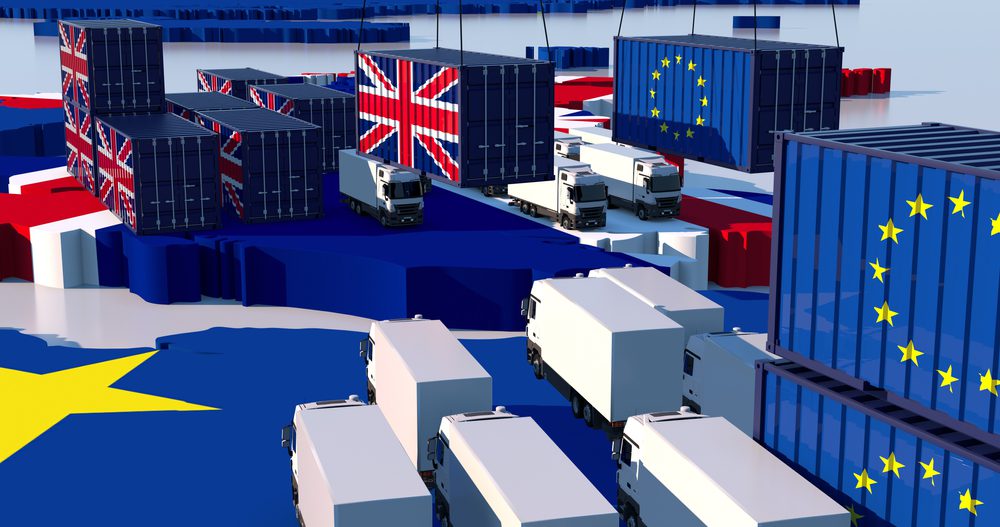 Having already delayed their introduction by six months from April 1, the government has now pushed the need for full customs declarations and controls back to Jan. 1, 2022

Britain has delayed the implementation of some post-Brexit import controls for a second time, saying it would phase in checks through next year rather than impose them now when industry supply chains are under strain.

The introduction of checks on British goods going to Europe immediately after Britain left the European Union’s (EU) single market at the beginning of 2021 has hit sales hard.

The logistics industry had warned that introducing import checks on goods coming to Britain would compound problems stemming from the COVID-19 pandemic and a shortage of truck drivers, in the run up to Christmas.

Having already delayed their introduction by six months from April 1, the government has now pushed the need for full customs declarations and controls back to Jan. 1, 2022. Safety and security declarations will be required from July 1 next year.

Industry sources in the logistics and customs sector have said the government’s infrastructure was not ready to conduct the full checks by Oct. 1.

While the move will be welcomed by some in the logistics industry, the food and drink trade body attacked the government for the late announcement. New checks on food products had been due to come into force in 17 days.

The industry argues that while European producers can still sell to Britain without the extra cost and hassle of a full customs border, British producers face the reverse. First-half sales of food and drink to Germany, Spain and Italy were all down by around half compared with 2019, it says.

British businesses, and customers, have complained in recent months that a shortage of workers in logistics, driving and warehouses has led to long delays in deliveries, with some supermarkets and restaurants struggling to stock a full range.

A little over a week into 2022 we’ve already experienced some major market movements.... END_OF_DOCUMENT_TOKEN_TO_BE_REPLACED

One of the FTSE 100’s current disadvantages, when it has come to attracting international... END_OF_DOCUMENT_TOKEN_TO_BE_REPLACED

Did you know you could build wealth by investing in Lego? A study suggests... END_OF_DOCUMENT_TOKEN_TO_BE_REPLACED

With most major stock markets around the world spending time at or near record... END_OF_DOCUMENT_TOKEN_TO_BE_REPLACED

For years, Baillie Gifford’s technology funds have been driving outsized returns for the mainly... END_OF_DOCUMENT_TOKEN_TO_BE_REPLACED