The Asos and Boohoo share prices are up by over 5% and 4% respectively this morning on news over the weekend the fast fashion ecommerce peers are to snap up assets from collapsed high street rivals Topshop and Debenhams.

Asos is said to be leading the race to acquire Topshop, the crown jewel of Philip Green’s fallen Arcadia empire. The acquisition would see Asos buy the company from its administrators. It’s not yet, however, a done deal with reports of rival interest from new Asda owners, the Issa brothers and TDR Capital, the private equity firm. 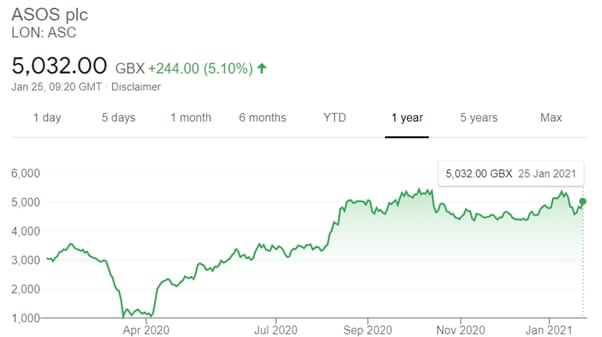 In contrast, Boohoo’s swoop for the Debenham’s website and brand is a done deal, with a £55 million price tag signed off on. It’s another deal that has gone through Debenhams’ administrators. However, it doesn’t include Debenhams’ chain of department stores, which leaves the jobs of the 12,000 staff they employ teetering on the brink.

Asos is also not interested in acquiring the Topshop, Topman and Miss Selfridge stores as part of the deal it is interested in. That would likely see the staff employed by the 150 stores out of a job. Asos has reportedly proposed a deal worth £300 million for the brands and their websites, minus bricks-and-mortar operations.

Asos has been tracking Topshop since it fell under the control of administrators Deloitte following Arcadia’s November collapse. Topshop is also Asos’s largest wholesale partner, adding an additional incentive to the attempted acquisition. If the deal goes ahead, it will represent Asos’s first brand acquisition.

The rival interest from the Issa brothers and TDR Capital, currently in the process of buying Asda from U.S. owners Walmart, is with a view to putting Topshop into Asda supermarkets. Boohoo has also been linked with its own bid, which would throw the UK’s two big fast fashion ecommerce groups into direct competition on an acquisition for the first time.

However, for now, Asos has stated it is in “exclusive discussions” with Deloitte over the potential deal.

On its acquisition of the Debenhams’ website and brand, Boohoo chief executive Mahmud Kamani described the deal and transformational. He believes it will accelerate the group’s ambition to “be a leader, not just in fashion e-commerce, but in new categories including beauty, sport and homeware”. 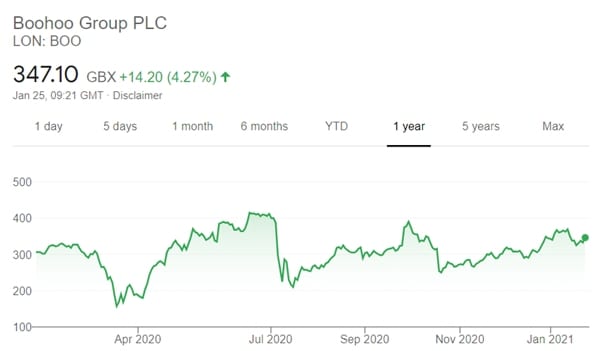 Unlike Asos, Boohoo has plenty of experience in brand acquisitions, having already snapped up other troubled high street brands Warehouse, Oasis, Coast and Karen Millen. It plans a rebuild and relaunch of the Debenhams website. Despite the fact Debenhams, which fell into administration last April, is the UK’s largest chain of department stores, it is its successful ecommerce operation that is considered the brand’s most valuable asset, other than the brand itself.