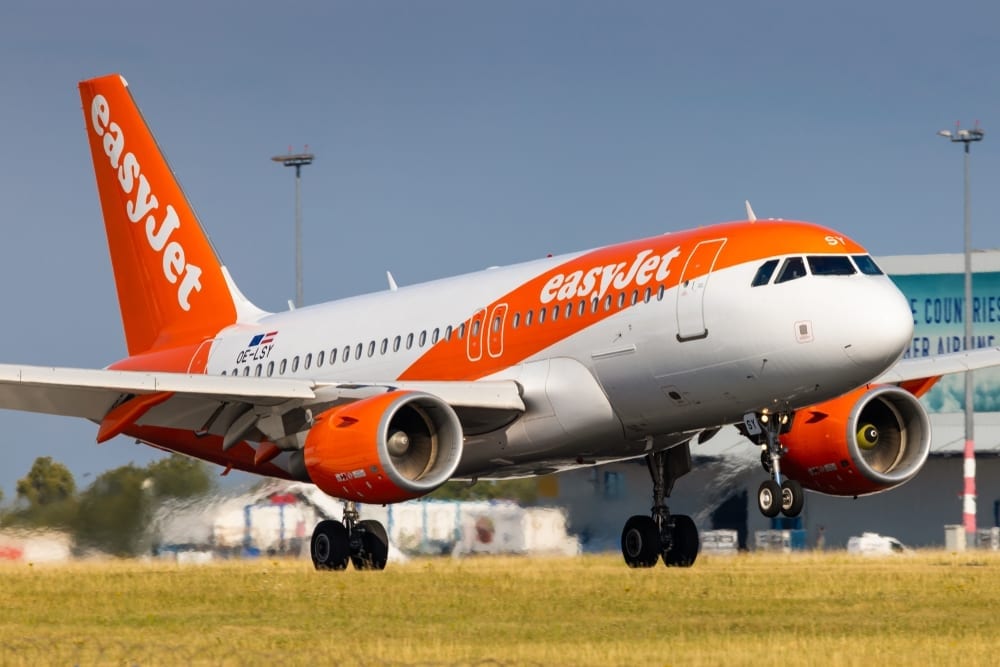 EasyJet said it would lay off its 4,000 UK-based cabin crew for two months, but will get 80 percent of their average pay

British budget airline easyJet has grounded its fleet of 344 planes and has no clear idea when it might resume flights, it said on Monday, highlighting the strain on airlines trying to survive the coronavirus pandemic.

EasyJet said it would lay off its 4,000 UK-based cabin crew for two months, meaning they won’t work from April 1 but will get 80 percent of their average pay under a state job retention scheme.

The global health crisis has brought European air travel to a standstill, leaving airlines with no revenue and facing a struggle for survival. Small British airline Loganair, for example, said on Monday that it would seek state support.

Shares in easyJet lost as much as 10 percent in early trading, having halved in value over the last month. The airline now has a market capitalization of about £2.3 billion ($2.9 billion).

We think the group has enough liquidity to manage a short suspension of European air travel but if the disruption proves prolonged, or the recovery is sluggish, easyJet could be in real trouble, said Hargreaves Landsdown analyst William Ryder.

EasyJet was under additional pressure from its biggest shareholder, Stelios Hajji-Ioannou, who along with his family owns about a third of its shares.

In a letter to easyJet’s chairman, Hajji-Ioannou said it must cancel or renegotiate a £4.5 billion order for 107 Airbus planes because the extra aircraft would just destroy shareholder value.

EasyJet said it was trying to reduce payments, including those on aircraft, and would respond to the letter privately.

The airline said it was focused on short-term liquidity, including removing costs from the business and working with suppliers to defer and reduce payments where possible.

It said grounding its fleet removed significant costs and that it was continuing to talk to UK pilots union BALPA over a potential deal with pilots.

We are working tirelessly to ensure that easyJet continues to be well positioned to overcome the challenges of coronavirus, easyJet CEO Johan Lundgren said in a statement.

Hajji-Ioannou has told the airline to try to raise money from shareholders, and offered to participate himself.

Management could face disruption if it does not address his worries over the Airbus order, which is due to be paid between 2020 and 2023, as he has threatened a rolling general meetings to try to remove board members.

For easyJet cabin crew looking for something to do, Britain’s National Health Service has asked them to volunteer at hospitals being set up to cope with the thousands of coronavirus patients expected in the coming weeks. Crew have first aid training and security clearance, making them ideal candidates.

EasyJet said it was focused on using UK government measures already announced to help its finances during the coronavirus crisis and has no plans to ask for any bespoke support.

Some UK airlines had been hoping for a specific state aid package but the government said last week it would only consider stepping in once carriers had exhausted all other options, such as raising capital from existing investors.

On Monday, small regional British airline Loganair, which flies between remote Scottish islands and the mainland, said it was planning to ask the government for support, having already asked its owners for help.

I do think that like the vast majority of UK airlines we will be going back to take up that invite for further conversation with the Treasury in the coming days because we have to, said Loganair CEO Jonathan Hinkles.

Virgin Atlantic has already requested state aid, asking for a package of commercial loans and guarantees worth hundreds of millions of pounds, according to the Financial Times.

That the international travel sector is, thanks to the Covid-19 pandemic, in a bit... END_OF_DOCUMENT_TOKEN_TO_BE_REPLACED

With a growing number of economists arguing there is a high chance we are... END_OF_DOCUMENT_TOKEN_TO_BE_REPLACED

While most still caveat the argument with the get-out clause it is far from... END_OF_DOCUMENT_TOKEN_TO_BE_REPLACED

Natural gas prices have rocketed with Russia accused of managing supply to drive up... END_OF_DOCUMENT_TOKEN_TO_BE_REPLACED

After their valuations boomed in 2020, the UK’s online fast-fashion giants of Asos and... END_OF_DOCUMENT_TOKEN_TO_BE_REPLACED