Chancellor says counter-terrorism and defence budgets to be increased 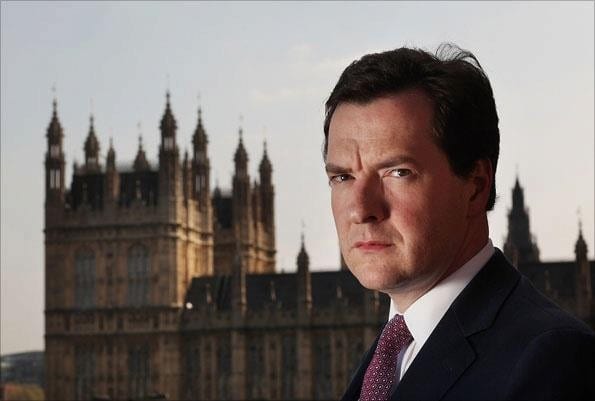 The Chancellor said on Sunday that the UK’s budgets for counter-terrorism and defence would be increased.

“In the summer Budget we took the decision to increase our defence spending and increase our counter-terrorism budget,” he told the BBC’s Andrew Marr programme.

He added that protecting the British public was the government’s first duty and that economic security was an essential part of that.

“And precisely because we are making difficult decisions in other parts of our budget, we can give our military more kit, we can increase our counter-terrorism budget by 30%,” he said.

Osborne also said that no public services could be ruled out of the Spending Review cuts, which are due to be announced on Wednesday’s alongside the autumn Budget speech.

The Chancellor’s comment came after he was asked whether this included frontline police.

“Every public service has to make sure it is spending its money well,”.

The review will set out how the government will invest in priority public services and achieve the £20bn billion savings it needs to make if it is to eliminate Britain’s deficit by 2019/2020.

That the international travel sector is, thanks to the Covid-19 pandemic, in a bit... END_OF_DOCUMENT_TOKEN_TO_BE_REPLACED

With a growing number of economists arguing there is a high chance we are... END_OF_DOCUMENT_TOKEN_TO_BE_REPLACED

While most still caveat the argument with the get-out clause it is far from... END_OF_DOCUMENT_TOKEN_TO_BE_REPLACED

Natural gas prices have rocketed with Russia accused of managing supply to drive up... END_OF_DOCUMENT_TOKEN_TO_BE_REPLACED

After their valuations boomed in 2020, the UK’s online fast-fashion giants of Asos and... END_OF_DOCUMENT_TOKEN_TO_BE_REPLACED