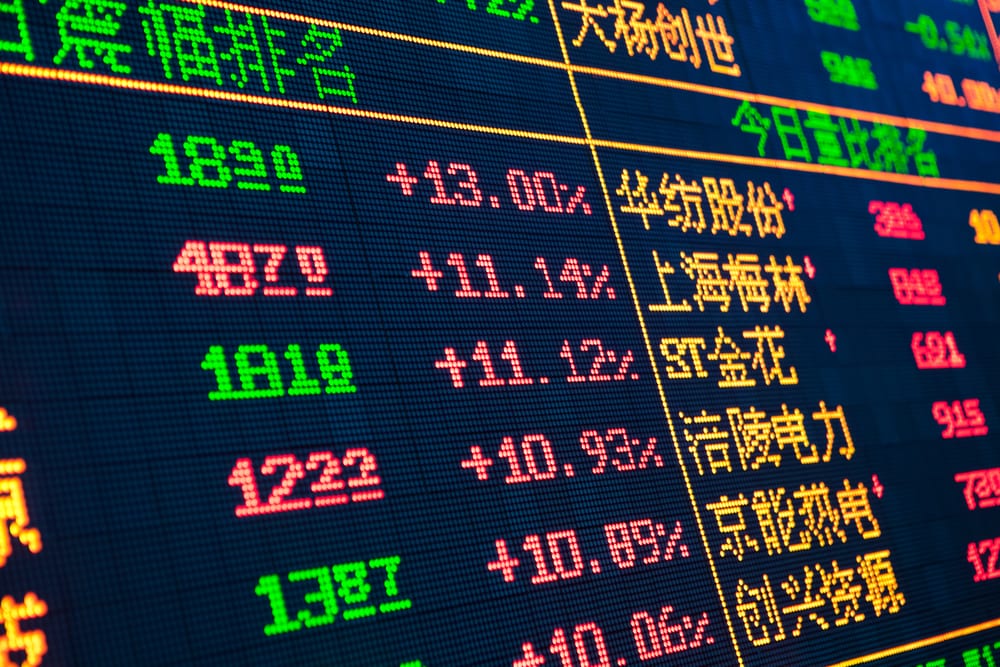 The market capitalisation of Chinese equities has risen above $10 trillion for the first time in over 5 years as the country continues its strong recovery from the early March Covid-19 sell-off. Since their low point in the spring, when the country’s economy was severely hit by pandemic-containment restrictions, China-listed public companies have added $3.3 trillion to their value, with factories across the vast country roaring back to capacity production.

The country’s domestically-based stock market has surpassed its early year highs to reach its highest value since 2015. There are now expectations for the recent bull market to continue, with China seemingly escaping the second wave of Covid-19 that is currently sweeping Europe. The USA is also still struggling to contain the virus, while in China where the pandemic originated, and elsewhere in south east Asia, the situation seems to be under control.

China’s domestic media have responded bullishly to the success, labelling the country’s stock market “world beating”, while predicting the upwards momentum to hold for the foreseeable future.

Stock valuations have been further boosted by a strengthening yuan, which recently enjoyed its strongest quarter in 12 years.

Meanwhile, the recoveries across other major international markets seem to be running out of steam. Several months of gains on Wall Street and in Europe reversed into a correction over September. And while early October again saw a return to growth, that has petered out over the last couple of days as the second wave of the pandemic gathers steam and new lockdown measures are introduced, especially in Europe.

China’s stock market capitalisation is, at over $10 trillion, now the second highest in the world, though it still has some distance to catch up on the USA, whose public companies are worth a combined $38.3 trillion. However, China’s stock market is now comfortably ahead of third placed Japan’s $6.2 trillion valuation, Hong Kong’s $5.9 trillion. The London Stock Exchange is in fifth place globally, with a total market capitalisation of $2.8 trillion.

The recovery in China’s domestic stock market has largely mirrored that of the country’s underlying economy, which has bounced back strongly from its worst quarter in decades at the height of the pandemic. Over the first quarter tough restrictions on movement and the enforcement of strict social distancing rules tipped million of Chinese workers into unemployment as factories were forced to shut.

However, the strictness of the regime appears to have born fruit with the latest World Health Organisation figures indicating that authorities in Beijing have now managed to largely get the virus under control. A minimum of new cases are now being reported on a weekly basis, in stark contrast to much of the rest of the world.