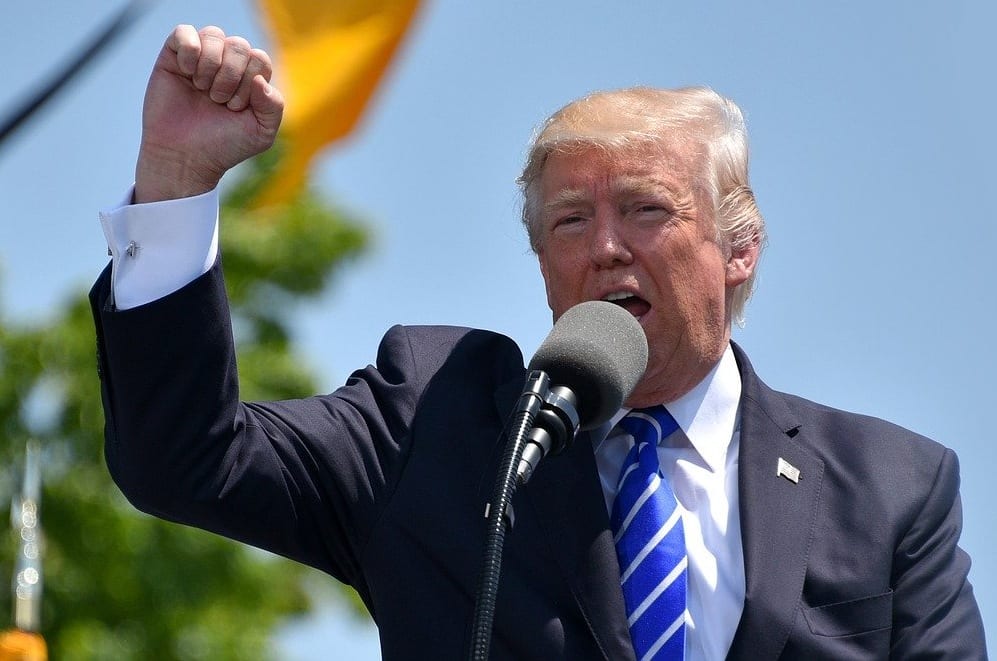 China’s tech giants such as Tencent, Alibaba and Baidu have today seen their share prices slump. The falls, Tencent by 5%, Alibaba by over 3% and Baidu by 2%, came after the United States administration threatened to bar American companies from doing business with popular Chinese-owned social media apps TikTok and WeChat.

President Donald Trump issued an executive order last night which decreed a 45-day deadline by which time U.S. companies should have severed ties with the apps. The executive ordered said both posed “significant threats”, to the country’s national security.

The USA believes that WeChat and TikTok could potentially be used by Chinese state actors to “track the locations of federal employees and contractors, build dossiers of personal information for blackmail, and conduct corporate espionage.”

With trade and more general political tensions between the two global economic superpowers of China and the USA already high, the executive order is set to escalate them further.

Tencent and Alibaba, the two biggest Chinese technology companies, both have listings on the Hong Kong stock exchange and in the USA. American institutional investors are among their biggest shareholders. Hong Kong’s Hang Seng index, which both Tencent and Alibaba are heavily weighted constituents of, fell by 2% this morning and the Shanghai Composite was down 1%.

TikTok has seemingly replaced Huawei in recent weeks as the focus of Trump’s attention and has become a new lightning rod in the trade war between the USA and China that has been rumbling on since early last year. The video sharing app boasts 100 million users in the USA and has been downloaded 2 billion times internationally since launching in 2017.

Its popularity is a threat to the Silicon Valley hegemony over the social media market and digital economy of western capitalist economies. Microsoft is currently in talks to acquire TikTok’s US, Canada, Australia and New Zealand operations after Trump said he would ban the app in the USA if it remained under Chinese creator ByteDance’s ownership. A deadline of mid-September has been laid down by Trump for Microsoft to complete the deal.

WeChat is a new addition to the Chinese tech companies and products Trump has targeted. At core a messenger app, WeChat also offers a wide range of other services from gaming to ecommerce and payments services. It has about 1.2 billion users in total. The vast majority are in China but it also has several million users in the USA, most of which are believed to be of Chinese origin.

The executive order was issued under the International Emergency Economic Powers Act. The Act gives the U.S. administration wide-ranging powers to prevent American companies and citizens from doing business with parties sanctioned by the country. While not yet confirmed, the executive order could go as far as compelling Apple and Google to remove WeChat and TikTok from their app stores internationally, and not just in the USA.

Tencent has other commercial operations in the USA, other than WeChat, including the popular mobile games PlayerUnknown’s Battlegrounds (PUBG), as well as holding stakes in other tech companies such as Epic Games, which is behind the hit Fortnite game. Other major gaming and tech companies Tencent is a shareholder in include Activision Blizzard, Snap, Spotify and Universal Music.

Bytedance, the still private owner of TikTok, has threatened to challenge the executive order through US courts. In a statement, the company responded:

“We are shocked by the recent executive order, which was issued without any due process. We will pursue all remedies available to us in order to ensure that the rule of law is not discarded and that our company and our users are treated fairly — if not by the administration, then by the US courts.”

China unsurprisingly responded to the move with criticism. The country’s Ministry of  Foreign Affairs accused the Trump administration of using state power to unfairly quash successful tech businesses in the country not under American ownership. A statement issued by the Ministry read:

“The US . . . puts selfish interests above market principles and international rules.”

It remains to be seen how China will choose to retaliate but it is inevitable that the action will provoke tit-for-tat measures.

World equity markets drop ahead of US stimulus