The UK will consider proposals for a City rules shake-up intended to make London a more attractive lure for technology companies going public. Founders retaining greater control of their companies even after they go public and allowing the listing of speculative vehicles are among the potential changes that will be considered.

The government is determined to help compensate for some of the loss of City trade to Europe by making London the go-to stock market for founders and investors of quickly growing businesses. Companies in sectors such as technology and life sciences are a particular priority. Liberalising and simplification of regulations has been pinpointed as key to achieving that aim by a review led by former EU finance commissioner Lord Hill of Oareford, due to be published today.

Voices of concern that significant changes to the rules that govern the LSE’s premium listings could see standards slip and lead to more corporate scandals, ultimately hitting investors in the pocket, have already been raised. However, with Hill’s review personally commissioned by chancellor Rishi Sunak in November, it seems likely that its proposals will be given serious consideration.

Last year British ecommerce holding The Hut Group (THG) listed on the London Stock Exchange in a hugely successful IPO. The Hut Group has since seen its share price and valuation record impressive gains, as its business continues to grow at an impressive rate. 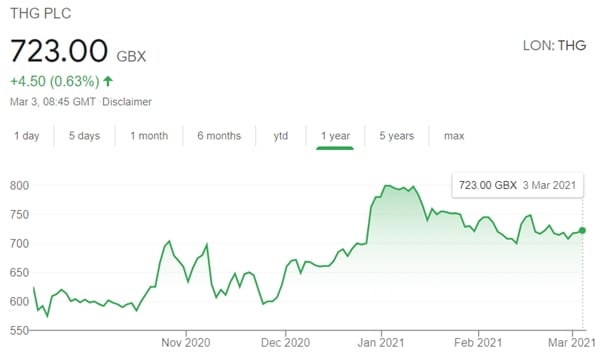 However, despite a valuation that would comfortably qualify it for membership of the FTSE 100 and access to the billions of pounds of demand for its shares from index tracking funds that would lead to, THG founder Matthew Moulding opted against the premium listing that would have made that possible.

Mr Moulding’s reason for doing so was that he wanted to retain a ‘golden share’ vote that gives him veto on any potential future takeover bids. Current premium listing rules on corporate governance prevent that. THG still chose to list in London, where other companies less specifically tied to the UK may not have, but without a premium listing, denying itself inclusion into the FTSE 100. And the FTSE 100 one of the UK’s most dynamic growth companies.

Should Lord Hill’s proposals be accepted, the changes would include a premium listing becoming available to The Hut Group without Mr Moulding being obliged to give up his golden share. Other proposals include reducing the amount of a company’s equity that has to be made public from the current 25% to 15% and permitting the listing of Special purpose acquisition companies, known as Spacs.

Spacs are blank-cheque companies that offer an ‘oven-ready’ listing through a reverse-takeover, meaning companies can go public while avoiding the time and expense involved in an IPO.

London is still a popular home for public companies but there are concerns the LSE often misses out on the listings of fast-growth companies as a result of a more onerous regulatory framework than that of especially Wall Street. Recent years have seen a number of significant British biotech and tech companies snub their domestic exchange in favour of the Nasdaq or NYSE.

Hill is convinced of Britain’s strengths in the corporate world but thinks there needs to be greater focus on encouraging emerging businesses. His report is covered by a letter in which he writes:

“The most significant companies listed in London are either financial or more representative of the ‘old economy’ than the companies of the future. At one point last summer, Apple alone was worth more than the combined value of every company in the FTSE 100.”

He also draws attention to Britain’s success in nurturing globally significant life sciences companies, especially through university research spin-off. And the fact those that have gone public often don’t choose London as their exchange.

In welcoming Lord Hill’s review, Sunak assured the government’s priority is “boosting the UK’s business environment and making sure we continue to lead the world in providing open, dynamic capital markets for existing and innovative companies alike, whilst protecting the high standards that underpin our status as a world-leading financial centre.”

However, many of the proposals of the report are likely to cause controversy and provoke fierce debate before any final decisions are made on their implementation.