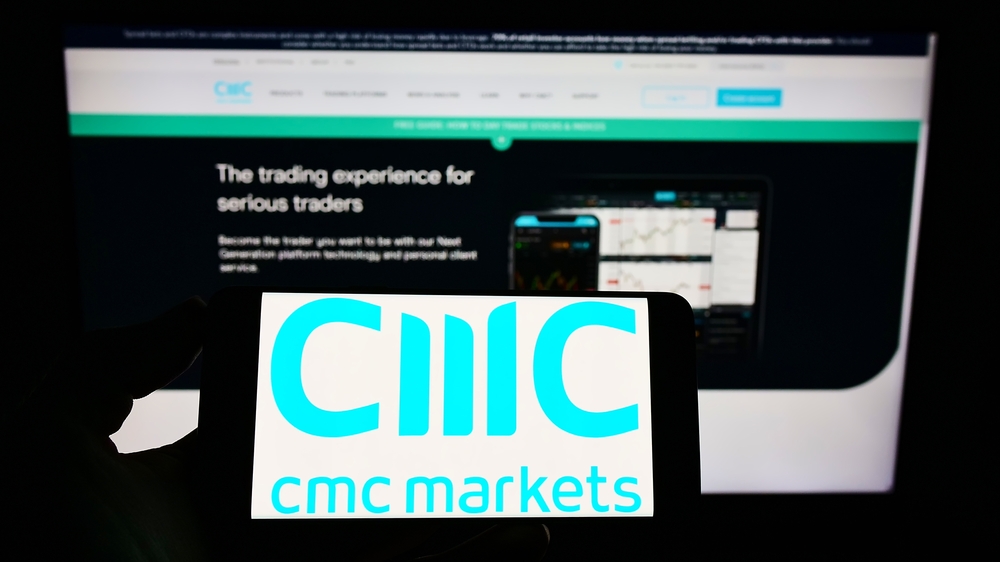 The CMC Markets share price yesterday rose 6.4% to claw back a portion of recent losses after the online trading and stockbroking company announced it is in “the very early stages of evaluating the merits of a managed separation” of its short-term trading and stockbroking businesses. The company said it has started an internal review of whether such a move would “unlock shareholder value”.

Like its trading and investment platform peers, CMC Markets was one of the beneficiaries of lockdown periods since the onset of the Covid-19 pandemic. Stuck at home with time to spend on research and buying and selling financial instruments like stocks and leveraged derivatives like CFDs popular with day traders, a new wave of investors appeared. 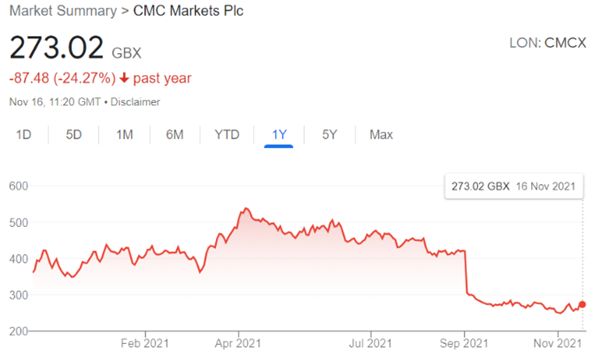 However, the CMC Markets share price has recently suffered as lockdowns ended and a significant portion of the flood of new customers paired back their levels of activity. Especially short-term trading, which involves devoting more time but is also much more profitable for platforms that take a cut of each transaction. Or sometimes the opposite side of the trade, profiting when account holders get it wrong. Which, statistically, most amateur traders do, especially while still wet behind the ears.

That’s seen CMC’s valuation fall by over a quarter during the past twelve months – more before yesterday’s 6.4% boost to its share price. Markets clearly approved of the prospect of the company, which is led by the Conservative peer Lord Cruddas, potentially splitting the business and spinning out its stockbroking unit as a separate company.

Lord Cruddas founded CMC Markets in 1989 and capitalised on the rise of online trading and investing that opened up derivatives trading, once limited to professional traders, to anyone with a computer and internet connection. His family still holds a 62% controlling equity stake in the FTSE 250 company that is valued at a little under £800 million.

However, the sector has been hit in recent years by tightened regulations designed to limit the losses of inexperienced day traders by capping the leverage they are permitted to trade with. The more volatile an asset class is, cryptocurrencies being the prime example, the lower the permitted level of leverage is set.

That has had an impact on the profitability of CFDs and spread betting brokers including CMC Markets. However, the surge of new customers over the pandemic period reversed that trend and reignited the valuations of the sector’s listed companies before the recent turnaround as their trading activity has faded.

With an eye on diversifying away from the controversial and increasingly regulated short-term, leveraged trading market Cruddas established a traditional, non-leveraged, stockbroking business in Australia in partnership with the bank ANZ, one of the country’s biggest.

In September it was announced CMC is to end that partnership by acquiring the book of 500,000 clients being served through ANZ’s white-labelled platform. That will see CMC’s customer base rise to 1 million and see client assets held with the company grow to a value of around £40 billion.

With many in the City of the opinion CMC’s non-leveraged business in Australia and plans for the UK are currently undervalued as part of the current group, splitting the two businesses could well unlock significant value for shareholders. Analysts have speculated the combined value of two distinct businesses could be as much as 30% more than yesterday’s closing level of 360p-a-share. The Cruddas family would, as majority shareholders, be the biggest beneficiaries of that.

That the international travel sector is, thanks to the Covid-19 pandemic, in a bit... END_OF_DOCUMENT_TOKEN_TO_BE_REPLACED

With a growing number of economists arguing there is a high chance we are... END_OF_DOCUMENT_TOKEN_TO_BE_REPLACED

While most still caveat the argument with the get-out clause it is far from... END_OF_DOCUMENT_TOKEN_TO_BE_REPLACED

Natural gas prices have rocketed with Russia accused of managing supply to drive up... END_OF_DOCUMENT_TOKEN_TO_BE_REPLACED

After their valuations boomed in 2020, the UK’s online fast-fashion giants of Asos and... END_OF_DOCUMENT_TOKEN_TO_BE_REPLACED