Commercial property rents in London saw average growth of 8.5% in 2015 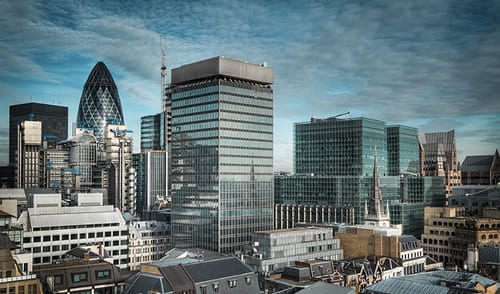 Growth in commercial property rents across London fuelled average total return of 18.1% from investments in the capital during 2015, new research shows.

The London markets analysis report by Levy Real Estate and MSCI examined more than £30 billion of assets across 20 key submarkets and found that rental growth increased year on year from 7.8% in 2014 to an average uplift of 8.5% last year.

The strongest rental growth was registered by the Camden/King’s Cross submarket where the continued success of the King’s Cross Central development saw the prevailing level of rents grow on average by 17%.

High occupier demand and a lack of space in other submarkets is also driving rents, the report says, adding that Mayfair, for example, where the continued conversion of office property to residential has limited the supply of new space saw rental growth of 11.9% last year.

‘The latest research shows a market which still has significant momentum. Returns are now increasingly being driven by a growth in rents and this suggests that London’s commercial property investment sector can expect further sustainable growth in values,’ said Levy Real Estate Investment Partner, Simon Heilpern

The progressive rents in and around King’s Cross also meant that the Camden/King’s Cross showed the highest total return for a single submarket of 27.3%. It was followed in the total return rankings by the Eastern Fringe at 24.7% and Marylebone and Euston at 23.1%.

Overall, Mayfair retained its position as the submarket with the most keenly valued property: the average equivalent yield for its property was just 3.7%. The area has also seen a continued conversion of office property to residential which has contributed to an upward shift in rents, the report points out.

The biggest inward yield shift during 2015 was in the Western Fringe locations of Clerkenwell, Smithfield and Farringdon where average equivalent yields moved in 80 basis points to 5.2%. However, the general picture is a slowing down in yield shift which illustrates the growing importance of rental growth.

‘The London investment market had another good year in 2015, with strong returns on the back of healthy rental value growth across the commercial property market. As in 2014, fringe markets outperformed last year with locations such as Camden/King’s Cross and the Eastern Fringe remaining attractive to both occupiers and investors,’ said Colm Lauder, MSCI vice president.

‘Pricing in the London market also strengthened further during the course of 2015, but the rate of yield compression has slowed as key market locations begin to reach record yield levels which question price fundamentals,’ he explained.

‘This has resulted in rental growth taking over as the main performance driver, as confident, and expansionary, businesses compete for space,’ he added.

Harmonix is crowdfunding a PC version of Rock Band 4

That the international travel sector is, thanks to the Covid-19 pandemic, in a bit... END_OF_DOCUMENT_TOKEN_TO_BE_REPLACED

With a growing number of economists arguing there is a high chance we are... END_OF_DOCUMENT_TOKEN_TO_BE_REPLACED

While most still caveat the argument with the get-out clause it is far from... END_OF_DOCUMENT_TOKEN_TO_BE_REPLACED

Natural gas prices have rocketed with Russia accused of managing supply to drive up... END_OF_DOCUMENT_TOKEN_TO_BE_REPLACED

After their valuations boomed in 2020, the UK’s online fast-fashion giants of Asos and... END_OF_DOCUMENT_TOKEN_TO_BE_REPLACED