Company by Company Breakdown of the FAANG Investment Risks 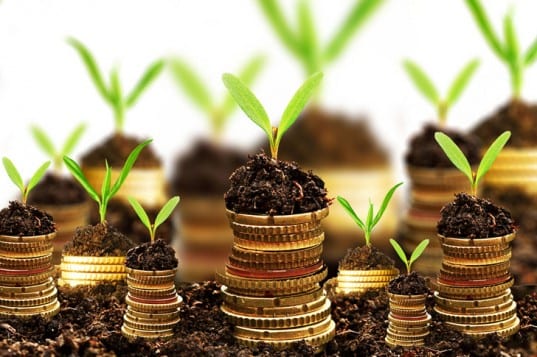 Reasons why to invest in the five giant U.S. technology companies collectively referred to as the FAANGs (Facebook, Amazon, Apple, Netflix, Google) are aplenty. In fact, with the benefit of hindsight, anyone who didn’t invest in these companies made a big mistake. Over the half decade leading up to August 15th 2018, and including Facebook and Netflix’s recent 20% crashes, the five have returned:

That amounts to annualised average returns of between 37.8% (Apple) and 167% (Netflix). Not too shabby. Those are the kinds of returns more commonly associated with speculative oil and gas exploration, small pharmaceuticals and biotech stocks that rely on lucrative breakthroughs, discoveries or regulatory approvals. They are not the kind of returns normally associated with companies that are already leading big caps. The FAANGs, with the partial exception of Netflix, were already huge companies five years ago.

Despite the tremendous rates of growth realised by the giant tech companies over the past several years, investors, including huge institutional investors, clearly still have faith that the ride still has some way to go. During the recent period of mounting trade war concerns provoked by U.S. president Donald Trump embarking upon an aggressive campaign of levying new trade tariffs, the FAANGs even morphed into something resembling a new ‘safe haven’ asset class. Billions poured into the stocks as sentiment moved towards a ‘risk off’ setting. Bank of America Merrill Lynch analysis recently confirmed the five companies the most ‘overcrowded’ investment play in international financial markets for six consecutive months.

However, the recent share price crashes of both Facebook and Netflix after they missed quarterly analyst forecasts, both slumped by 20%, have reminded those investing online in the FAANGs that up is not the only direction their share prices can go. With Apple, Amazon, and to a lesser extent Alphabet, adding strong gains following their own analyst-beating quarterly reports, FAANG divergence is also now a scenario investors must be aware of and take into consideration. The illusion that the five companies are one sure-fire investment package has been shattered. Netflix has continued to slide over the past few weeks and while Facebook has moved up since its 20% slump the ‘bounce’ has been decidedly lacking in spring.

Those investing online are now aware that the high values of these companies are vulnerable if markets get a sniff of slowing growth. And given the pace of growth in recent years it is inevitable that moment will come for all five sooner or later. All five companies have built their vast tech empires on different verticals but are increasingly moving into direct competition with each other in new markets as they pursue a continuation of revenue growth.

Investing successfully can’t forever be a case of simply logging in to your online stockbroker and buying into the FAANGs. That doesn’t mean that they can’t still be a strong investment but greater awareness and analysis of their weaknesses and potential threats to share price is more important than at any point in recent history.

With that in mind, we’ve highlighted some of the key risks the five companies individually face over the coming months and years.

Facebook’s challenges are perhaps the most pressing and well known of the five, largely highlighted in the company’s most recent earnings report. Revenue growth, which has exceeded expectations in recent times, is now slowing and costs, contributed to by scandals such as the Cambridge Analytica user data breach, rising.

However, the biggest risk to Facebook is a plateau in user numbers in its most valuable markets of North America and Europe. Once the inverse, Facebook is now increasingly viewed by younger generations as a ‘middle age’ social media and moving to rivals. Potential new regulation around data, and the impact of GDPR won’t become clear until the next sets of company results, also hang over the company.

Of the five FAANGs, Facebook and Netflix are also the least diversified and the former relies almost on entirely on the revenue stream of online advertising on the social media platform.

On the other side of the scale, Amazon is the most diversified of the five FAANGs. The company generates strong revenues, which are also quickly growing, from its Cloud computing services division and Amazon Prime content streaming unit, which is also Netflix’s main rival. The core online retail division is also expanding into new areas with pharmaceuticals is just one new direction being explored. Amazon has also moved decisively into the bricks and mortar groceries retail sector through the acquisition of Whole Foods and has opened its first own brand Amazon Go groceries store with quick expansion expected.

Arguably the greatest risk Amazon faces is becoming the victim of its own success and rapid expansion. Its move into new industries, and success in quickly becoming a dominant force in them, is beginning to draw the attention of regulators who are concerned about the potential of competition being stifled. Trump’s public attacks on the amount of tax Amazon pays, with the company funnelling much of its revenues through subsidiaries in low tax territories, are also a concern. Other governments around the world, including in the UK, are facing increasing pressure to bring the company to heel over its tax contributions.

To sum up, the threat Amazon faces is regulatory, with regard to taxes and competition.

While not quite to the same extent as Facebook’s business is concentrated in one division, its social media platform, Apple is undeniably reliant on its iPhone series. Tablets, laptops, desktops, smart watches and other gadgets do contribute revenue, as does its services unit that includes the App Store and iTunes. However, the latter is very much tied to hardware sales and the former dwarfed by smartphone revenues. With iPhone sales growth naturally plateauing, the recent leap to a $1 trillion (£790 billion) market capitalisation has been achieved through the increased margins of the new iPhone X models that start at £999. While Apple has always done a very good job of pushing up the ceiling in terms of what consumers are will to pay for an iPhone, they must now surely be approaching a point of strong resistance. Competition in the premium smartphone space has always existed but is also now reaching new levels with the big Chinese manufacturers such as Huawei and Xiaomi start to break through the stigma in Western markets with impressive new models.

Apple is trying to push the transition from reliance on iPhone sales and margins growth to a services company. iCloud, iTunes and an as yet undefined move into content streaming signalled by signing up Oprah Winfrey on a huge deal to make shows, all have more potential but Apple will not be the high growth company it has been over the last decade or so. The company’s greatest challenge, and risk, is how it spends the huge cash pile it has at its disposal.

Worsening trade relations between the U.S. and China, where most of Apple’s manufacturing is based can also not be discounted and could potentially cause upheaval to established logistics chains and processes. There is also a worry the Chinese government may campaign against products made by U.S. companies, or even impose restrictions on sales, if relations deteriorate further. This would hit Apple hard.

So, in summary, plateauing sales and revenue growth from iPhones, USA-China trade tensions and how markets shift their expectations in accepting the company as a cash cow rather than high growth can all be considered risks. As can how wisely the cash pile is put to use.

Like Facebook, Netflix has been the first of the FAANGs to break rank and see a significant value correction. Some of the threats the company’s share price faces have already come home to roost following its last quarterly report which saw it post new subscriber numbers for its content streaming service which were short of forecasts. That saw the company take a hit to its extraordinarily high price to earnings ratio of 153.

Netflix could quite easily bounce back if the company shows strong growth in big new markets like India and Brazil but its massive valuation will always leave it vulnerable to hits whenever results are less than stellar.

Competition is also increasing. Amazon Prime is already a threat and Alphabet and Apple are also poised to enter the streaming market. There is concern how quickly it will be able to raise subscription charges in the face of this competition. Huge sums of money are also being spent on original content and the ratio of flops is increasing as volume goes up. Arguably the most vulnerable of the five.

Like Facebook Alphabet is heavily reliant on online advertising revenues generated through its dominant search engine. It is far more diversified than the former, and Google’s position as a near monopoly (at least in the West) in search is more secure than Facebook’s in social media. However, therein also lies the biggest threat to the company. A recent record fine from the EU shows that regulators are beginning to flex their muscles and new data privacy legislation, as well as potential moves to reduce Google’s effective monopoly, should not be discounted.

Alphabet’s move to diversify, such as its autonomous vehicles unit Waymo which is currently thought to be in the strongest position of the competitors for this huge new market, are funded by Google revenues. Android and the Play Store generate revenues which still have room to grow and Waymo has the potential to be a unit to rival Google, but regulatory pressures are a growing risk in the meanwhile.