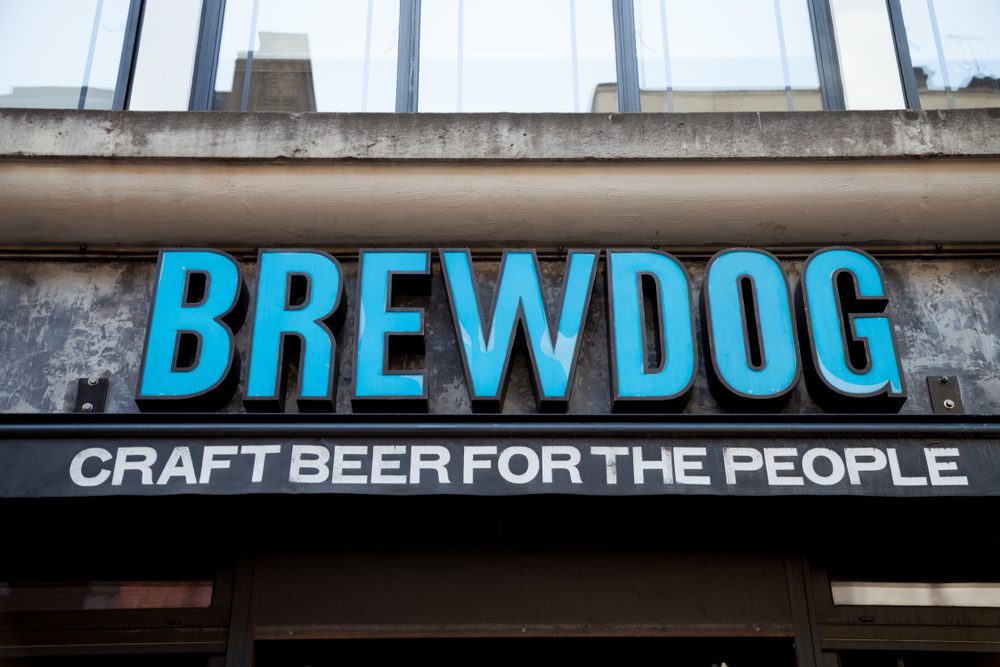 The self-declared ‘punks’ of Britain’s brewery landscape appear to be accepting more conformative middle-age, and tooling up at board level ahead of an anticipated IPO, with the appointment of ex-Asda chief executive Allan Leighton as the company’s new non-executive chairman.

It’s the second recent appointment of a chairperson for the northern Scotland-based brewer after it appointed Blythe Jack as its first chairwoman four months earlier. Jack is also the managing director of TSG Consumer Partners, which acquired 22% of Brewdog in 2017. His role was, said a company statement, to oversee

“the recruitment process for a fully independent chairman in order to ensure the composition of the board is moving towards meeting the requirements of the UK corporate governance code”.

Jack will continue as deputy chairwoman after Mr Leighton’s appointment, continuing to oversee Brewdog’s corporate culture. The company has faced recent allegations of sexist behaviour to female employees and

Brewdog chief executive and co-founder James Watt has been accused by a group of former and current staff that has labelled itself Punks with Purpose as allowing a culture that left many employees “burnt out, afraid and miserable”.

Watt’s response has been one of contrition. He has promised sweeping changes to how the company works and its culture, and admitting there were “no excuses” for the way some staff have been historically treated. He will, said the company today, be mentored by Leighton “on leadership and governance matters as the company enters its next phase of growth”.

As a chairman, Leighton is among the most experienced in the City. He currently chairs the Co-operative Group, Pizza Express and Element Materials Technology Group and has chaired Royal Mail, Wagamama and Entertainment One. An independent chairman or his stature is likely to be well-received by potential IPO investors as the company prepared to go public. London is believed to currently be the most likely host of the Brewdog IPO but New York also hasn’t been discounted.

It was most recently valued at over £2 billion during its most recent crowdfunding raise. Crowdfunding has been Brewdog’s preferred means to raise capital since it was founded 14 years ago and it has become the poster boy of the UK’s crowdfunding industry.

The company has also faced accusations its army of small investors bought in at valuations professional investors would have snubbed. But while there is an argument valuations were stretched and crowdfunding investors have been lucky given the company’s risk profile at the time they bought equity, Brewdog’s continued growth has offered strong paper returns.

Brewdog has raised almost £100 million through a series of crowdfunding campaigns and used the money to expand production through breweries in the north of Scotland, Berlin, Ohio and Brisbane. The company also owns around 100 bars and four hotels around the world.

It’s just boosted its presence in Asia through a new joint venture with Japanese company Asahi Breweries announced a week ago. BrewDog Japan will be 60% owned by Brewdog and 40% owned by Asahi.

A week ago the company expanded its Asian presence by launching a joint venture in Japan with Asahi Breweries. The company will retain a controlling 60 per cent interest in BrewDog Japan, which will locally manufacture and distribute brand favourites like Hazy Jane and Punk IPA.

“a good business that can become a great business’’, while admitting to “growing pains” he referred to as “slightly unfortunate, but it’s something that can be rectified very quickly.”

He also confirmed Rothschild had been appointed to assess IPO option but that a 2022 float would be “at the earliest”, and by no means guaranteed.