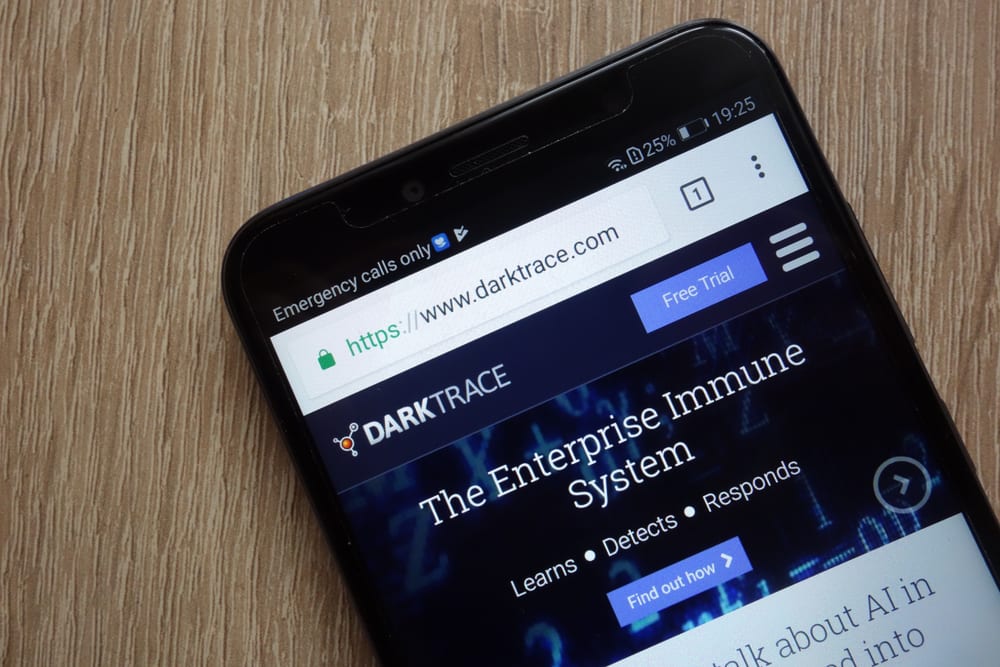 Cybersecurity firm Darktrace has announced plans for a London IPO in a move that will reassure the City that Deliveroo’s spectacular post-float flop hasn’t put tech companies off a London Stock Exchange listing. Darktrace CEO Poppy Gustafsson today announced her company’s IPO plans, hailing them as “a historic day for the UK’s thriving technology sector”.

Darktrace was founded in 2013 by a coalition of University of Cambridge mathematicians and former MI6 and CIA spies. Its cybersecurity products promise “a self-learning, self-healing network” able to “protect, detect, defend and heal” IT systems and software.

It is believed the Darktrace IPO will target a valuation of up to £3 billion for the young company that had 4600 clients across 100 countries as of the end of 2020. The company employs around 1500 people, many of whom are high-level specialists.

Darktrace’s revenues come from subscriptions to its cybersecurity products, with its potential market size estimated at around $40 billion. The company’s largest shareholder is Invoke Capital, the VC firm set-up by Mike Lynch, the former chief executive of Autonomy. Mr Lynch is embroiled in attempts by the U.S. to extradite him on charges of conspiracy and fraud linked to the £8.6 billion sale of Autonomy to Hewlett-Packard a decade ago.

Invoke, which provided Darktrace with seed-funding is still the company’s largest shareholder with a 39.5% stake. Mr Lynch sits on the company’s science and technology committee.

Ms Gustafsson was keen to talk up the UK tech scene today when announcing Darktrace’s London IPO plans. She said of the company’s success that it was:

“Testament to the strength of the UK’s world-leading science base and long history of mathematical discovery and computing inventions, from Charles Babbage and Ada Lovelace to Alan Turing. We are proud to be part of that tradition of British innovation, as the UK becomes a leading global centre for the development of AI.”

Darktrace will not take advantage of new rules around premium LSE listings, which it will apply for. These include the new option for a dual-class share structure for up to three years, which multiplies the voting rights associated with some shares, usually held by co-founders and early stage investors. The company expects at least 20% of its shares to free float following its listing, which exceeds the minimum requirement of 15% for inclusion in FTSE indices.

The company earns around 18% of its revenues in the UK, 21% from Europe and 39% from the USA and Canada, with the remaining 22% coming from the rest of the world. It expects its strongest growth to come in North America over the next several years.

Darktrace has been refreshing its board in preparation for its upcoming IPO. For Capita director Gordon Hurst was appointed as chairman last month, having previously served as a director since July 2019. Former science minister Lord Willetts and Sir Peter Bonfield, the former chief executive and chairman of BT have also been added, beefing up the company’s corporate credentials.

Should you be investing in biotech as a meta trend?

Time to look for value in beaten up retailer stocks as markets bet on bounceback?