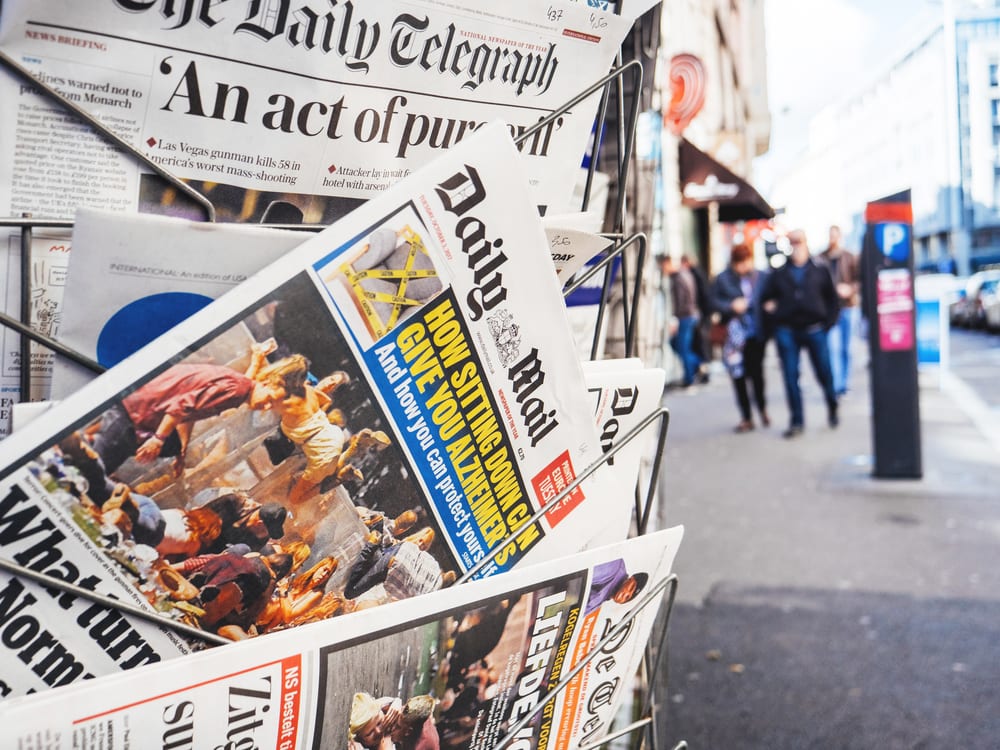 The Daily Mail and General Trust (DMGT) share price shot up over 4% in early trading this morning on reports Lord Rothermere, whose family owns 36% of the company, is exploring a bid to take the company private. While those early gains had receded to about 2% by lunchtime, investors will be keeping a close eye on the development. 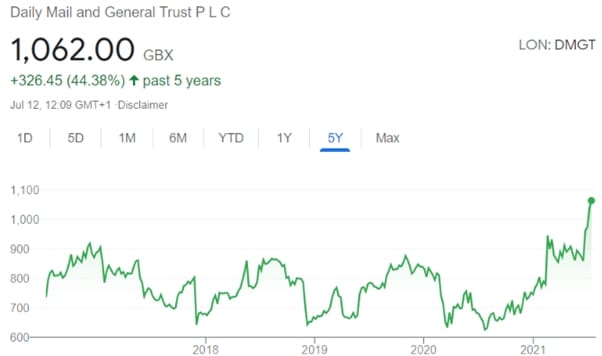 Lord Rothermere has, reports The Times, informed the board he would be willing to make a cash offer for the remaining equity in the company not held by the Rothermere family. However, the deal would hinge on DMGT selling off major assets like the RMS, the data modelling insurance risk technology company, and its 20% stake in the online car retailer Cazoo, which will list on Wall Street later this year.

Proceeds realised by these asset sales, DMGT’s Cazoo stake will be worth around £1 billion if the company achieves its target of a public valuation of potentially over £5 billion, would first be distributed to existing shareholders through a special dividend. That would leave DMGT’s market valuation at considerably less than the current £2.25 billion.

The Financial Times estimates the value of the bid for what is left of the company, mainly the Daily Mail’s online media empire, would be worth around £810 million. For any offer to gain the backing of the DMGT board, Lord Rothermere will first have to reach agreement with the trustees of the group’s three pension schemes.

However, if that is managed, and the expectation would be for an agreement to be found, little would stand in the way of DMGT going private. The company has a dual-class share structure which means the entirety of voting rights is held by the shares that make up the Rothermere family’s 36% stake. If the board recommends his offer to shareholders, he controls every single vote himself leaving no possibility for opposition.

DMGT confirmed there has been approaches for RMS but cautioned they did not guarantee agreement would be reached on a sale, commenting:

“While discussions [on the disposal of RMS] are ongoing and there can be no certainty that a transaction will result, the board believes the terms of the proposed sale, if completed, would realise a premium valuation for DMGT’s shareholders.”

Cazoo’s New York listing via a Spac deal should go ahead during the current quarter which could mean, if agreement can also be reached with a buyer for RSS, the kind of restructuring that would allow Lord Rothermere to take the smaller company private could be completed before the end of the year.

That the international travel sector is, thanks to the Covid-19 pandemic, in a bit... END_OF_DOCUMENT_TOKEN_TO_BE_REPLACED

With a growing number of economists arguing there is a high chance we are... END_OF_DOCUMENT_TOKEN_TO_BE_REPLACED

While most still caveat the argument with the get-out clause it is far from... END_OF_DOCUMENT_TOKEN_TO_BE_REPLACED

Natural gas prices have rocketed with Russia accused of managing supply to drive up... END_OF_DOCUMENT_TOKEN_TO_BE_REPLACED

After their valuations boomed in 2020, the UK’s online fast-fashion giants of Asos and... END_OF_DOCUMENT_TOKEN_TO_BE_REPLACED