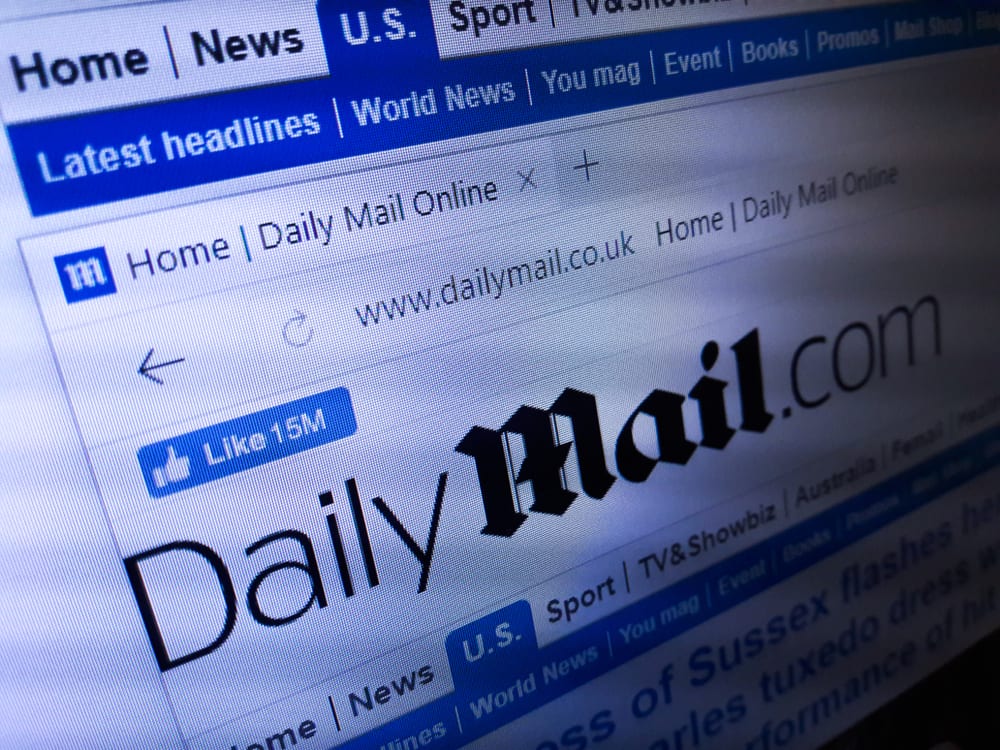 It’s started a new week with a 6% Monday morning correction, but the Daily Mail & General Trust (DMGT) share price leapt over 20% on Friday on hopes of a profit worth £1 billion on its investment in online second-hand car retailer Cazoo.

DMGT owns 20% of Cazoo as a major early investor in the internet business. Investors saw that holding as likely to deliver a profit of almost £1 billion after reports the company is planning a public listing this year. 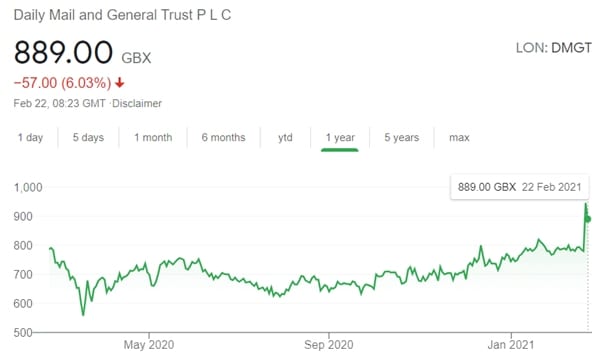 Cazoo is said to be looking at the option of listing via a reversal into a US-listed blank cheque company. The online business was only founded in 2018 by Alex Chesterman, also behind property portal Zoopla and LoveFilm, a DVD-by-post service acquired by Amazon. Reports suggest Cazoo would expect a public markets valuation of around £5 billion.

That would suggest a DMGT stake worth £1 billion, representing a significant profit on the £117 million investment the company made in Cazoo. The company was valued at over £2 billion during its latest funding round in October last year and has raised a total of £450 million of VC funding from investors including Blackrock and Fidelity.

DMGT has acquired a 20% stake for just £117 million by virtue of being Cazoo’s first big backer. The company also invested in Zoopla, and clearly had faith in Mr Chesterman’s ability to repeat the trick of a building a third major online company. Zoopla was sold to private equity group Silver Lake in July 2018 for £2.2 billion.

Cazoo’s ambition is to ‘disrupt’ a market for used cars which is worth over £50 billion. Chesterman has called the process of buying and selling used cars “broken”, and suffering from a “complete lack of online penetration”.

Cazoo’s business model is to buy second-hand vehicles directly from their owners, service and recondition them and store them until they are delivered to their new owner. Customers then have 7 days in which to test the car, during which time they can return it for a full, no-questions-asked refund. Over 200,000 cars have been sold for over £200 million since the company’s 2019 launch.

The company has chosen no to comment on what it calls “speculation” over potential float plans. But Chesterman did say in November that despite having no need to raise more capital the company would “think about [a listing] at some point”.

Cazoo and its investors may have been encouraged by the huge valuations attained by recent tech listing such as Airbnb and DoorDash on Wall Street and the UK’s Hut Group to think with a little more urgency. The option of a reverse listing via a ‘Spac’, or blank-cheque company, would save time as “an oven-ready option” for Cazoo to float without the need to go through an IPO. Spacs are set up to specifically profit by providing a ‘straight-to-market’ listing option and are proving increasingly popular with high growth technology companies.

Cazoo’s potential valuation benefits from perceptions of the growth potential of online business models compared to traditional alternatives. Listed traditional used-car dealerships Pendragon and Lookers are, for example, worth just £200 million and £160 million compared to Cazoo’s multi-billion price tag. U.S. peer Carvana, the blueprint for Chesterman when creating Cazoo, listed at a $2 billion valuation in 2017 and now has a market capitalisation of $52 billion.