Does the dotcom crash offer clues to what happens next for ‘Web3’?

Over the past several years, a select group of people have made billions of dollars from cryptocurrencies and other blockchain-based products and services that have recently been rebranded as Web3. Many have made their fortunes within the confines of the law, albeit sometimes testing the boundaries. There is also a significant number of crypto millionaires who are on the run, having amassed their wealth through scams. 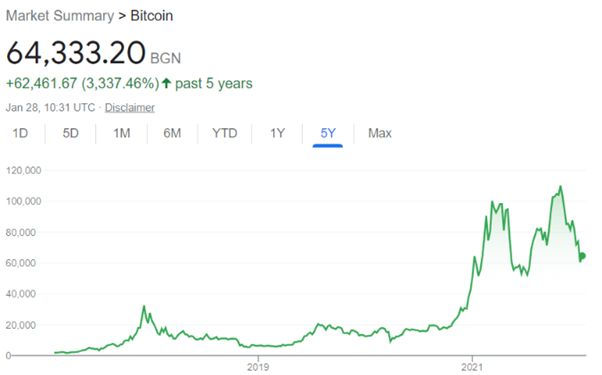 While solid data is hard to come by (one side effect of the anonymity afforded by crypto assets), hundreds of thousands, possibly millions, of investors (or speculators?) have also made money, sometimes significant sums, buying and selling cryptocurrencies and other digital assets.

Many, probably more, have lost money. Either by coming a cropper trading the hugely volatile asset class, often using leverage which multiplies profits and losses, or as a result of being sucked in by crypto scams.

According to blockchain data firm Chainalysis, Web3 investors lost $7.7 billion to scams in 2021. The most common form of scam is what is dubbed “rug-pulls”, which refers to the practice of scammers presenting blockchain projects, selling a native cryptocurrency or token to fund it, and then disappearing with a bag full of cash.

Even those making money legitimately in the Web3 space can despair of its Wild West nature. Alex Mashinsky, the serial tech entrepreneur and founder of Celsius Network, a blockchain platform that offers cryptocurrency holders “yield” on their digital assets, crypto-backed loans and trading and has launched a fund that raised $750 million comments:

“Everything that people are trying to do for you in the crypto world, almost everybody almost without exception, are doing it because they want to steal from you.”

The vast Web3 fortunes being made mirror the dotcom boom

The biggest fortunes to have been made in Web3 have largely come from trading platforms. 38-year-old Brian Armstrong, previously a software developer for Airbnb, has an estimated net worth of over $9 billion thanks to floating Coinbase, the cryptocurrency exchange he founded, last April in a direct listing. Investors in the exchange’s stock have had less luck with Coinbase’s share price since down over 50%.

Another software engineer, the Canadian Changpeng Zhao, has amassed a fortune that makes Armstrong’s $9 billion look like peanuts. Zhao founded another crypto exchange, Binance, the world’s biggest with trading volumes of up to $76 billion a day, and still owns an estimated 90% of the company. He is said to be worth around $96 billion, which puts him in the same league as tech entrepreneur heavyweights like Google founder Larry Page and Facebook’s Zuckerberg.

A new pair of blockchain billionaires were recently minted when Opensea, the NFTs trading platform, raised fresh investment for the 4-year-old startup at a valuation of $13 billion. Opensea’s co-founders are each now worth an estimated $2.2 billion. Two years ago the platform was generating less than $30,000 a month in sales. Then in 2020 the NFT craze started to take off and really went into overdrive last year.

And there are many more Web3 billionaires and multi-millionaires. Nobody knows for sure who created Bitcoin under the pseudonym Satoshi Nakamoto but it is likely whoever it was is extremely wealthy.

There are about one million bitcoins that were “mined” during the cryptocurrency’s first year that have never been moved and many think are held by whoever Nakamoto really is. Despite bitcoin’s recent slump in value, they are currently worth about 36 billion.

And, again due to the anonymity afforded by cryptocurrencies, there is next to no reliable information on the true value of cryptocurrencies held by the sector’s “whales”, who are believed to control vast swathes of digital assets. A majority of Web3’s billionaires are probably anonymous.

The parallels between the dotcom bubble and Web3

New technological dawns that capture the global public’s imagination have a history of minting a succession of extremely wealthy individuals. Parallels can be drawn with the dotcom boom of the late 90s. Investors poured billions into online businesses that promised to change how we shopped, banked, entertained ourselves and lived. Companies like Priceline.com, Pets.com, GeoCities and Lastminute.com were valued at billions when they went public, making their founders hugely wealthy.

When a majority of these companies subsequently failed or were acquired at knockdown valuations after the bursting of the dotcom bubble much of that wealth evaporated. The founders were usually still extremely rich, having already cashed in enough stock to live lives of luxury to the end of their days. The same couldn’t be said of the millions of retail investors who invested in the stock of dotcom companies in the run up to the bubble bursting.

Of course, not all dotcom bubble companies failed. Several, including Amazon and eBay not only survived but have gone on to become even far more valuable. But it would have taken 14 years for anyone who invested in the Nasdaq 100 index a month before the bubble burst to recover their losses. And those who owned stock in individual companies that went to the wall when the investment ran dry (very few revenues of much note let alone generated a profit) never did.

Ecommerce and the broader digital economy, of course, did go on to revolutionise the way we consume, work and live. But it took a lot longer for the technology to mature to that point than anyone involved in the dotcom gold rush of the late 90s suspected it would at the time.

Can the same be said of the cryptocurrencies and blockchain projects that have attracted billions in funding over the past few years? A lot of big claims have been made about how the decentralised digital ledger technology will form the backbone of the next digital revolution. And it may well go on to justify those claims.

But how many blockchain projects are commercially viable now or are likely to be within the next few years? As of early 2022, Web3 is full of clunky, barely useful projects hobbled by eye-watering transaction fees. That was highlighted last November when ConstitutionDAO, a Web3 decentralised organisation, raised more than $40 million worth of Ether via a Web3 crowdfunding platform. The aim of the crowdfunding was to pay for a copy of the U.S. Constitution.

The bid eventually failed but sparked debate when Motherboard magazine tried to give $75 in Ether to the crowdfunding campaign. Contributing $75 worth of Ether cost the magazine another $75 in “gas” fees – the cost of processing the transaction.

Like most of the ecommerce businesses valued at hundreds of millions or billions in the late 1990s, Web3 and its companies still look wet-behind-the-ears as a technology and business model. Jeremy Grantham of fund managers GMO predicted both the dotcom bubble bursting and the 2008 real estate crash. Last year he commented Bitcoin “resembles the Nasdaq in 2000”.

A very pertinent observation was made by Bloomberg’s Matt Levine when he wrote:

“I have never read a profile of someone who became a billionaire by using crypto to solve any problem other than trading more crypto.”

That possibly offers a strong clue why there are now more than 16,000 cryptocurrencies in circulation, worth $2 trillion-plus.

Is the Web3 bubble about to burst? And if it does what will the consequences be?

Since peaking in November last year the Bitcoin price has already lost 45%. Something similar can be said of most other major cryptocurrencies like Ether. 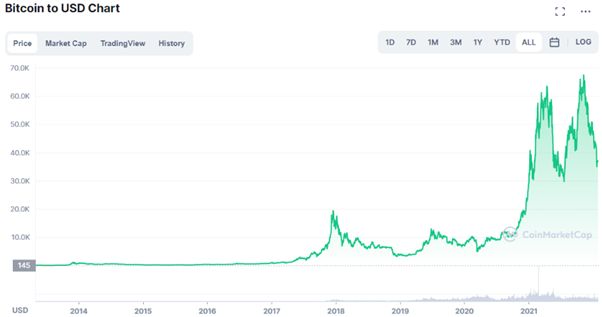 The Web3 bubble may have already been burst by the recent flight from risk. But nobody, yet, seems to be making that call. Quite probably because it’s only around 6 months since an even bigger slide, over 50%, in the value of Bitcoin between April and July last year. By November it had recovered and set a new record high before the latest drop.

But the comparisons with the dotcom bubble look like they would be foolish to ignore. Even if Web3 does indeed go on to become the technological backbone of the digital economy, it’s not unreasonable to suggest it will take another 10 years for the technology to mature to that point.

And like the aftermath of the dotcom bubble, there must be a high chance most of the familiar names from today’s Web3 won’t exist in a decade. Some may survive but a majority will fail and eventually be replaced in years to come by better versions running on more mature Web3 technology.

Despite some fears being voiced about the impact on financial markets if the crypto bubble bursts, the chances are the repercussions wouldn’t be drastic for the wider economy. The dotcom crash caused a mild recession and mainstream financial institutions were far more exposed to it than they currently are to Web3.

The most likely scenario would be a hiccup for mainstream markets and a wave of supercars, private jets, yachts and mansions suddenly going on the market.

What would follow may well be a period of reflection and hard work during which engineers and more considered entrepreneurs work on building the next evolution of Web3. The one that really might change the world.